Four Vietnamese and three Americans were killed, and dozens of Vietnamese buildings were heavily damaged during a Viet Cong bomb attack against a multi-story U.S. officers billet in Saigon., 04/01/1966 (Wikimedia)

On January 27, 1973, a peace agreement was signed in Paris, France, outlining the conditions for an end to the Vietnam War. The terms of these accords called for an immediate cease-fire; the withdrawal of all U.S. military forces; the release of all prisoners of war, and the installment between the two borders of an international peace-keeping force. Hopes for an enduring peace were high, when the last American troops were withdrawn at the end of March, 1973. But in less than two years, the North Vietnamese would launch an all-out assault against the South – culminating in the fall of the capital city of Saigon.

Tom Glenn was working in Saigon as an intelligence operative in April, 1975, as three divisions of North Vietnamese soldiers closed in on the city. Under orders from his civilian bosses in Washington to evacuate 43 subordinates and their families, Glenn was horrified to learn that then-U.S. Ambassador, Graham Martin, refused to allow his people to leave the country.

The desperate measures Glenn took to get his staff and their families out of harm’s way read like the narrative from a Tom Clancy novel. In the end, Glenn was able to beat the odds and get his personnel out, though his efforts took a devastating toll on his physical and mental health. For his work during the fall of Saigon, Tom Glenn received the civilian Meritorious Medal. Glenn also witnessed – upon his return – his government’s unimaginable embrace of a former South Vietnamese army general who he knew for a fact to be a deserter.

Glenn will share his heart wrenching story, Bitter Memories – The Fall of Saigon, this Tuesday, January 28, at LitMore in Baltimore, Maryland. This one-hour presentation brings to life the harrowing last days of the Vietnam conflict. A Q&A period will follow Glenn’s presentation.

LitMore is located in the former St. John’s Rectory at 1702 South Road in Mt. Washington, behind St. John’s Church. LitMore is dedicated to energizing and sustaining the area’s literary community. The cost for this lecture is $25 for LitMore members/ $30 non-members. Free parking is available in the Arts and Ideas lot across South Road. For more information, visit Litmore online; the Facebook event page, or call 443-595-7548. 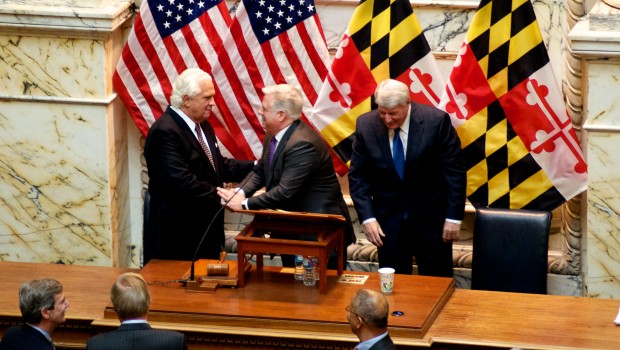 Hogan and legislators can agree on growing Md. jobs