It’s about time America hopped on the bandwagon. No, I’m not calling for mass acceptance of the New England Patriots or the Golden State Warriors; the bandwagon in question is that of electric vehicles (EVs). In the wake of the Volkswagen Diesel scandal and subsequent reports that show Volkswagen likely isn’t nearly the worst offender in the auto industry, alternative solutions for our personal transportation must be pursued.

According to the EPA, transportation accounts for 26% of greenhouse gas emissions in the United States and 14% globally. Transportation in the U.S. is also the most rapidly growing sector when it comes to greenhouse gas emissions. All of this suggests a need to phase fossil fuels out of our transportation system, and seeing as people already have range anxiety in electric cars, the change isn’t going to come in the form of electric planes (not anytime soon at least).

Here’s where the bandwagon mentioned earlier comes into play; other countries around the globe are pledging to end sales of fossil fuel-powered cars sooner rather than later. Germany and India have recently pledged to end sales of fossil fuel cars by 2030, this in addition to pledges from Norway and the Netherlands to shift to electric-only sales by 2025. Norway is already well on their way, with nearly a quarter of auto sales coming in the form of EVs. As a world leader, and the home to a host of successful auto companies, the U.S. needs to follow suit. We can’t afford to sit back and let other countries take the lead. American action could make a very meaningful difference, seeing as Americans own the third highest number of cars per capita, and the most per capita of any major world power.

The technology is ready, with a full charge taking drivers as far as a full gas tank does. The problem in the United States is cost. Currently, the most viable electric car in terms of range is a $100,000+ Tesla. The majority of Americans clearly can’t afford this with the average cost of a car being $33,650, so the cost of electric cars clearly needs to come down. This development is on its way as car companies invest in electric more heavily and expensive technology trickles down into cars at a more affordable price point. We have also seen that Americans really do want electric cars, if and when they can afford them. This is evidenced by record pre-sales of the Tesla Model 3 (~$32,000) when it was announced earlier this year. The people want to go electric, they just need the means to be able to do so.

There are several explicit benefits to mass acceptance of EVs in a country as large as ours. Many of these will, rather predictably, be environmental in nature. Transitioning to electric will result in massively decreased greenhouse gas emissions. The impacts of this decrease are numerous, but include; less smog in cities, human health improvements, and (hopefully) slowing of global warming. Another benefit would be economic in nature since an American commitment to EVs would prompt our domestic automakers to take an increased interest in EV research. This would bring more business to the American economy as other countries adopt EVs, since we would have the ability to provide them with vehicles. The research and development done on EVs would also be a positive externality. The more research is done, the greater overall knowledge base about EVs will become, allowing cars to become more advanced. An entrance of the American auto giants into the EV market space would also create greater competition, again spurring faster and better development of EVs. This is similar to the logic used by Elon Musk and Tesla in releasing the majority of their intellectual property in order to raise the EV industry as a whole to a higher level.

In order to take the lead though, we will likely need to see the government take some action to prompt change. Whether this is extending/providing greater incentives for EVs, or introducing mandates about future car sales like other countries have done, something needs to happen to get us moving in the right direction. Even an education program about the benefits of EVs and their lower costs of ownership may help get Americans on the bandwagon. We all need to do something though, or we’ll all be riding the bandwagon into the sea shortly after Florida disappears. 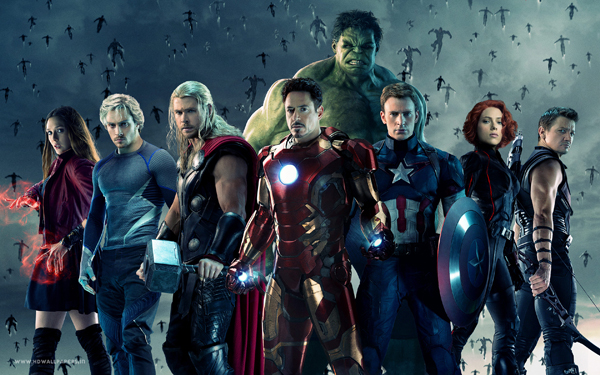