The latest bit of nonsense in the Maryland governors’ race is the suggestion that Doug Gansler from Montgomery County made a mistake by not balancing his ticket with someone from the Baltimore Region.

REVISED 10/16 7:30 p.m.: Gansler picked Del. Jolene Ivey from Prince George’s County. Professor Don Norris of the University of Maryland, Baltimore County said the pick, coupled with earlier controversies regarding the role of race in the campaign and the recent allegations about Gansler and his use of state vehicles, showed that Gansler is “knee-deep in quicksand.”

I have great respect for Don Norris, but knee-deep in quicksand? Maybe he’s up to his ankles in a mud puddle.

No one has suggested that Lt. Gov. Anthony Brown, from Prince George’s County, failed the regional balance test when he picked Howard County Executive Ken Ulman. This is apparently a balanced ticket.

Nonsense! Let me be clear, the only folks who would argue that a PG/Howard ticket is geographically balanced while a MoCo/PG ticket is regional are folks who have never looked at a map of Maryland!

The reality is we have two tickets representing what could best be described as central Maryland and the D.C. suburbs. The tickets represent the reality of the Democratic Party in Maryland. It is comprised of a shrinking Baltimore City core that travels down the I-95 corridor before blossoming around the D.C. beltway in Montgomery, Prince George’s, and Charles counties. Vast swaths of Maryland are essentially foreign turf to the Maryland Democratic Party.

None of the counties represented by the Gansler/Ivey or Brown/Ulman tickets offer a reasonable representation of the state. Montgomery and Howard counties are incredibly well-off and enjoy great schools and low unemployment – they represent an upper-income privileged Maryland quite unfamiliar to residents in Western Maryland, significant portions of northern Maryland, and a lot of folks on the Eastern Shore.

More than anything though is the nonsense that a ticket that sought to balance the Baltimore and D.C. region has been a long standing tradition in Maryland politics – one that Gansler has broken.

The history of tickets goes back only 43 years

For over 100 years between 1867 and 1970 Maryland had no lieutenant governor. The office was abolished. So any tradition can only extend to 1970. In our first election with a restored lieutenant governor in 1970 Marvin Mandel of Baltimore City selected Blair Lee III of Montgomery County – and I guess a noble tradition of balance was born. Like so much else that came from the 1970s though, it’s worth asking if we started a tradition or a fad.

Maryland’s next governor, Harry Hughes, hailed from Caroline County over on the Eastern Shore (imagine that happening today). His first term lieutenant governor was Sam Bogley from Prince George’s County and his second term lieutenant was Joe Curran, Jr. from Baltimore City. So I guess Hughes continued the tradition by picking someone from each region for each of his two terms? I guess Baltimore area voters in 1978 just had to have faith that when he ran for re-election in 1982 he’d dump Bogley and deliver on the tradition of regional balance.

This brings us to 1986 and the election of William Donald Schaefer. Schaefer, mayor of Baltimore City selected as his lieutenant governor Senate President Mickey Steinberg. Steinberg was from….. Baltimore County.  And how did voters react to this tragically imbalanced and very regional ticket? By electing and re-electing Schaefer with overwhelming margins.

Prince George’s County Executive Parris Glendening returned to the tradition in 1994 and picked Baltimore area attorney Kathleen Kennedy Townsend – but Townsend, lacking any experience as an elected official, was picked based on name recognition and fundraising potential more so than any commitment to geographic balance. Glendening’s return to tradition was greeted with a very narrow election victory. The Baltimore/PG combination held for the next two governing teams. Baltimore’s Bob Ehrlich picked PG’s Michael Steele (though it’s unclear why a Republican team would look to the Baltimore/DC balance tradition) and Baltimore’s Martin O’Malley picked PG’s Anthony Brown.

Based on this history of elections since 1970 there has arisen this mythology of Maryland gubernatorial elections that a ticket must be geographically balanced. The simple reality is Maryland’s population is moving. The Baltimore region, and especially Baltimore City, was once the hub of political power in the state – that is no longer the case. The new power hub in Maryland is wrapped around the D.C. beltway. Montgomery and PG counties are crucial to any Democrat seeking office. Baltimore is no longer the crucial region it once was.

By picking Ken Ulman as his lieutenant governor, Anthony Brown very much acknowledged that transition. Howard County borders both 20th Century Maryland to the its north and 21st Century Maryland to its south. With his pick, Brown wanted credit for picking a balanced ticket that held to tradition – and the press has largely given him that credit. But the simple truth is this – neither ticket is any more geographically balanced than the other. To say Howard county is in the Baltimore region is like saying Montgomery County is in Western Maryland – it doesn’t pass the sniff test.

Montgomery, Howard, and Prince Georges Counties are very different from one another and each ticket offers voters with a team that does represent very different parts of Maryland. But the notion that PG/Howard is balanced while MoCo/PG is not is utter nonsense.

The simple reality is this, whether Democrats nominate Brown/Ulman or Gansler/Ivey they will have nominated an impressive team. On many crucial issue there’s not a dime’s worth of difference between the teams. This is probably why we have been inundated with meaningless stories about the state of the campaign instead of substantive stories about the issues of interest to voters. 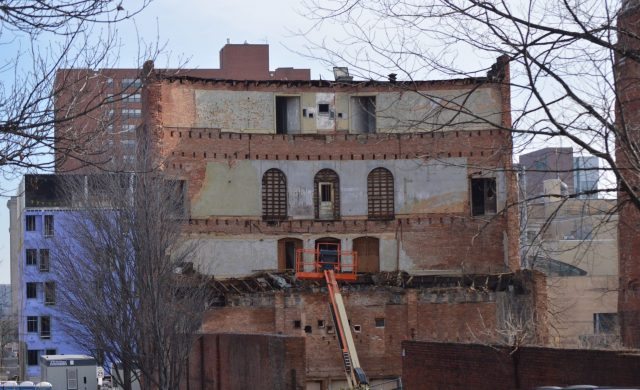