Sex columnist Dan Savage, in response to the Russian government’s recent attacks on the country’s gay community, has called for a boycott of Russian vodka. In response, bars across the United States and Canada – and innumerable consumers – have shelved their bottles of Stolichnaya, Russian Standard, and dozens of other major brands.

It’s a worthy cause. But it’s doomed to fail. And it’s modern slacktivism at its worst.

As long as Russian vodka fans are sobering up, they might as well face some sobering facts.

Russia earned about $18 million in vodka exports to the United States in 2010, according to the country’s Federal State Statistics Service. That’s a lot of money – until you remember that Russia has a GDP of around $2.2 trillion. So assuming a wildly successful global boycott that shuts down vodka exports completely, we’re looking at a devastating .0008% blow to the Russian economy.

Even as a vodka boycott this campaign makes little sense.

For example, its prime target is clearly Stolichnaya; Savage actively promotes the “Dump Stoli” and “#dumpstoli” slogans to his readers and has directly called out Stolichnaya owner Yuri Scheffler, who he identifies as one of Russia’s 100 richest men.

But for all of the attention Savage has given to Stoli, he only mentions in passing the country’s most successful vodka: Russian Standard.

Yes, Savage adds that “other brands like Russian Standard should also be boycotted.” But why is that just an afterthought to a campaign thoroughly branded against Stoli?

Savage seems to get that the boycott won’t have any direct consequences. The goal, he argues, is “to show our solidarity with Russian queers and their allies and to help to draw international attention to the persecution…in Putin’s increasingly fascistic Russia.”

It turns out that the “solidarity” of distant Americans not drinking Stoli isn’t much help when a mob of politsiya is marching toward you in their storm trooper gear.

“To be honest, I don’t see the point in boycotting Russian vodka,” he said.

Of course, there’s nothing that slacktivists love more than a symbolic gesture, especially ones that “show solidarity” and “raise awareness” in ways that have actual consequences through some mysterious and unexplained logic. But as Russia’s Center for Democracy and Human Rights Helix Project Director Grigory Golosov told The Washington Post, Savage’s strategy might actually make things worse.

Attacks against Russia’s LGBT community are “part of a concentrated effort by the Russian authorities to create a new political cleavage between the conservative, pro-Putin majority and the more liberal, pro-Western minority,” Golosov said.

In other words, Putin has taken a page from Karl Rove’s 2004 playbook: divide and conquer your opponents by agitating them with controversies.

That’s not to say that the plight of gays in Russia should be dismissed as some kind of distraction. But when Putin’s pandering to a constituency of right-wing homophobic nationalists, symbolism doesn’t really work in the favor of Americans. There are probably better ways to go about this.

Want to hit Russia where it hurts? Support America’s oil shale industry, which has started to seriously loosen Russian energy giant Gazprom’s global stranglehold on gas supplies. That is, if you don’t mind environmental devestation in the western US, or freezing winters for millions of impoverished Russians when gas prices go up.

You’d even do better boycotting the Brooklyn Nets, a big source of revenue for Russian multi-billionaire (and probable Kremlin puppet) Mikhail Prokhorov. But then, of course, you’d have to cheer for the Knicks.

Unfortunately, the Putin regime hasn’t left many open targets for American slacktivists. That’s why the real champions for social justice in Russia aren’t just sitting behind keyboards or taking a stand at the local bar. They’re the people getting their heads split open by the police, the women sitting in jail cells, the journalists getting shot in the streets and the opposition leaders spending their days in court.

It seems like the vodka protest is mostly a way to feel like we’re helping without actually helping. And that’s fine! But if you just want to feel good about yourself, it’d probably be faster to actually drink the Stoli. 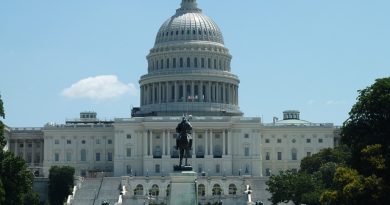