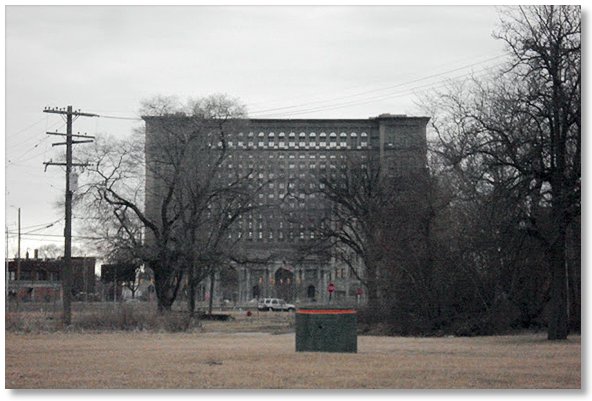 Fifteen years later, I was back in Detroit.

On my first, long-ago trip, two weeks before 9/11, I left my belongings in an airport locker — airport lockers, remember them? — for the day and took Detroit’s infamously slow two-bus, 2-hour transit ride from the airport to downtown. The city was still in its nadir, which it is slowly escaping.

In a single day, I made it to the roofs of the iconic abandoned train station and the equally derelict Statler Hotel; took the international transit bus to Windsor, Ontario, and back; and returned to the airport by the same plodding Detroit transit to spend the night and to reclaim my luggage. I suspect hopping on the US-to-Canada transit bus is not the lark it was in August 2001, either.

Now everything was different. The Statler is gone, flattened years ago. I rented a car because I was squeezing two cities into this trip. I was staying somewhere legitimate in Detroit, not in the airport terminal, and had no plans to ascend to the roof of any of the 78,000 abandoned buildings. Detroit has more derelict buildings than most cities have people.

I did have one “stereotypical Detroit” site to check out — the Packard plant, built in 1903. It folded in 1956 or 1958, depending on what source you read. It has become 3.5 million square feet of sprawling, awe-inspiring rubble. The architect was Albert Kahn, who designed a similar mega-plant that Ford still operates, the Fisher Building downtown, and some other edifices. The Packard plant decays about 5 miles from downtown, so a car would be handy in reaching it.

Detroit, though, is not simply a metropolitan ruin. Before I headed for Packard, I attended half of a not-my-type concert at the Orchestra Hall (built in 1919), mainly to eyeball the interior, and spent a couple of hours at the Institute of Art, which came close to being plundered to meet Detroit’s debts before a judge cobbled together a bailout package in 2014.

That said, I had several of the more stereotypical Detroit sites to examine.

First, on a morning jog, I took a quick look at the now-heavily secured train depot. It has a prison-grade barbed-wire fence now. You’d need a pole vault to go over it.

Last year, the slumlord family who holds the station hostage made some cosmetic improvements, like installing 1,000 new windows and lighting up the building at night. However, those were relatively easy fixes, compared to gutting and restoring the 18 stories of looted fixtures, heaps of plaster on the floor, and spongy floors.

Later in the day, I zipped off to the Heidelberg Project, an art installation comprising an entire burned-out East Side neighborhood, the work of resident Tyree Guyton. He began the project after coming back from the army to find his neighborhood devastated. 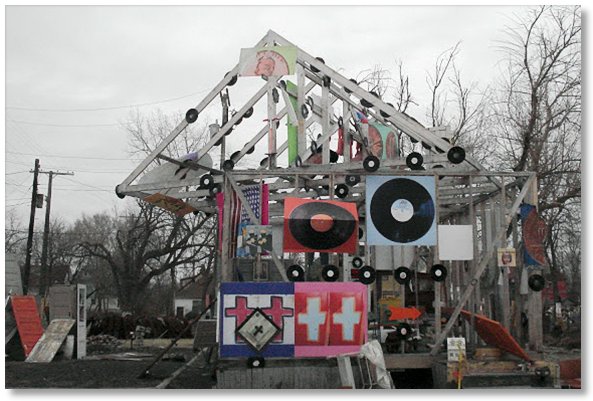 Finally, I pointed the rental car — so much faster than a freight train — toward the Packard plant at 5305 E. Concord St. This is what it looked like in its heyday. (Public Domain) I was not taking aerial photos in the 1930s. 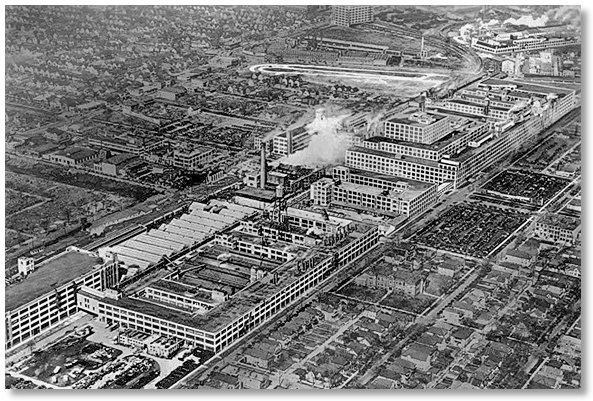 And these are the plant’s workers in 1915, who could not have foreseen what would come to be a century later. 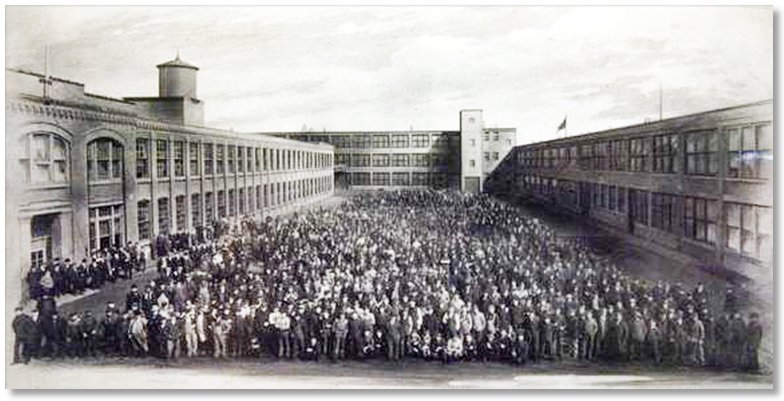 The Packard plant is now 40 acres and 40 buildings of roofless, rotting ruin under 24-hour security. I was not in a situation to go romp around inside the crumbling factory. But I drove and trudged around the awesome husk. 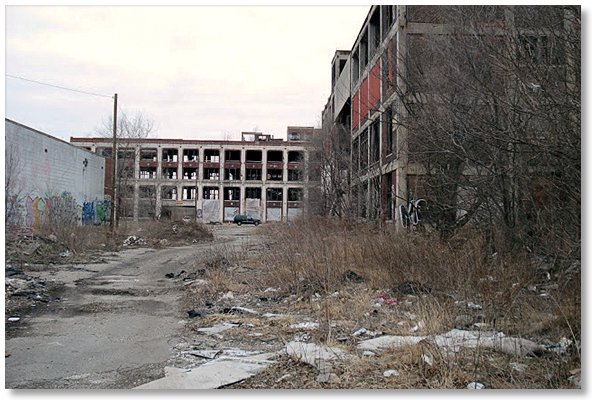 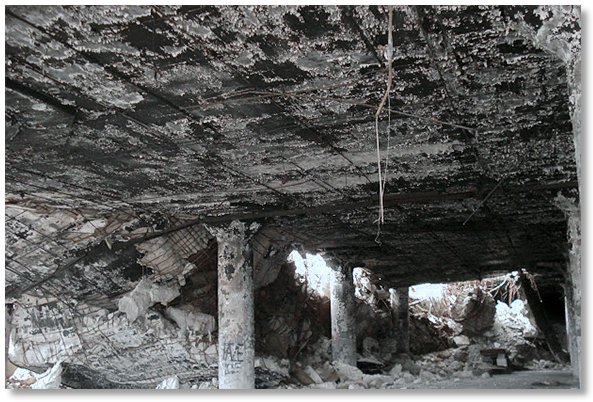 Decades of decay and looting made the 40-acre property an affordable fixer-upper, at least in terms of purchase price. In 2013, a developer from Peru bought it all for $405,000, 12 cents a square foot. He wants to revive it as a “commercial, art and residential magnet”, according to Bloomberg, but that idea seems unlikely to work out in a site like that in a city like that. The last I heard, he was expecting the project to cost $350 million.

One surviving company’s fortunes give an idea of the industrial depopulation Detroit has suffered. GM’s US payroll peaked at 618,365 employees in 1979. Its worldwide payroll now is 215,000 employees.

Crossing Stampede in my secret life

Working When You’re Not: The business of life between losing and finding a job