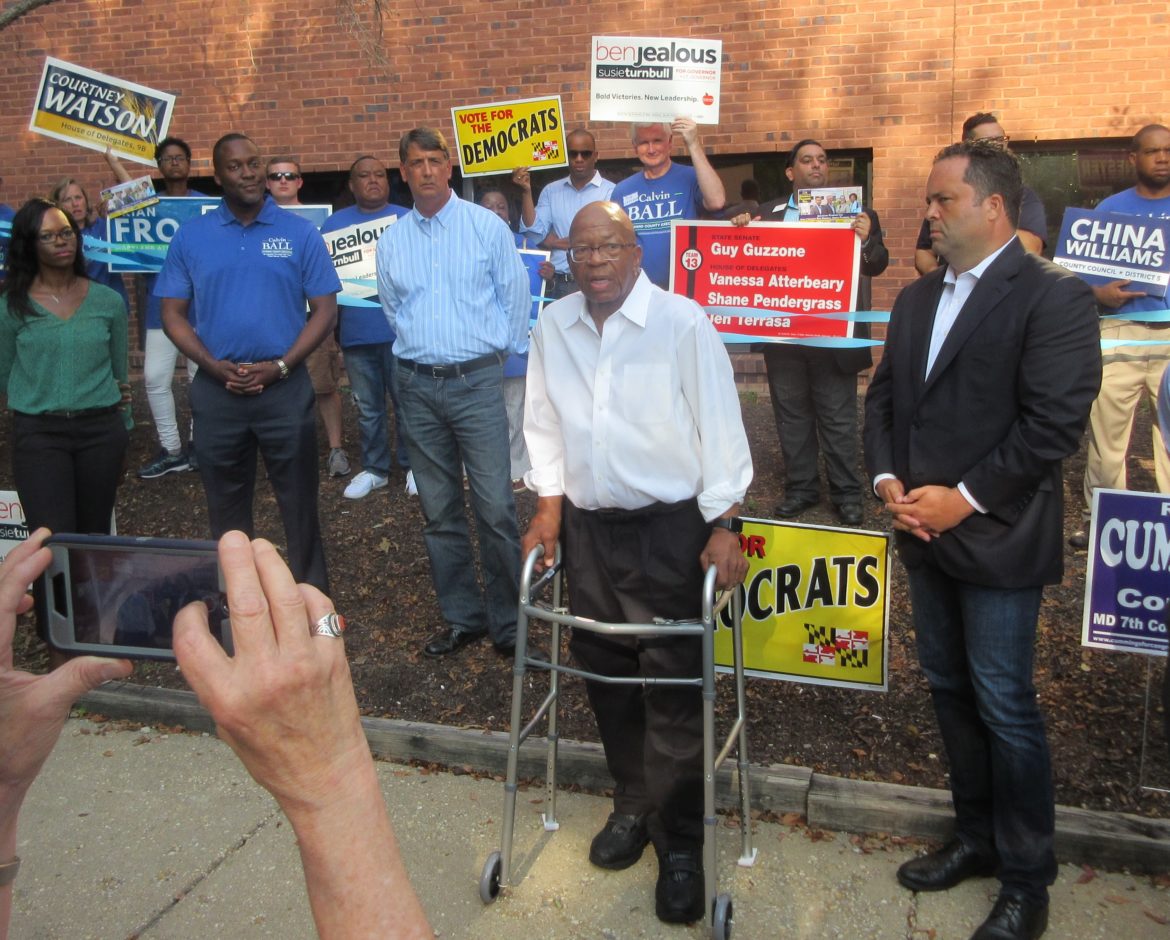 Democratic Party leaders see increasing turnout as the key to victory in the fall. That’s the focus of the Howard County party headquarters that opened on Friday with seven paid local staff and an additional six field staffers the state party will be sending.

“I have never seen us more organized and together,” Sen. Guy Guzzone told the crowd of about 100 attending the ribbon-cutting in downtown Columbia. With no opponent in the primary or general election, Guzzone is acting as the county party’s top organizer and helped raise the money to hire the local staff.

“We’re going after people who may not have voted last time” and “we’re going to get them out,” Guzzone said. “If we do that, there is no reason why we shouldn’t win — from the top to the bottom and all around.”

The top of the Democratic ticket and all around were on hand for the headquarters opening in the former Sterrett Place office of the Howard County Chamber of Commerce.

Attorney General Brian Frosh emphasized his multiple lawsuits against President Trump and Republican Gov. Larry Hogan’s failure to support those efforts. “Most importantly, we need a Democratic governor,” Frosh said in one his biggest applause lines.

In November, Frosh faces Republican former prosecutor Craig Wolf who is working much harder and more aggressively than previous GOP nominees for AG.

Both Frosh and Wolf marched in the closing parade of the Howard County Fair on Saturday.

“I’d be embarrassed if Calvin didn’t win,” Guzzone said in an interview.

As usual, when he comes to Columbia, Rep. Elijah Cummings, who represents part of Howard County along with Baltimore City and county, said, “Diversity is our promise,” and said Maryland’s congressional delegation puts up some of the strongest opposition to Trump policies in Congress.

“I can’t understand why Trump hasn’t tweeted on me yet,” said Cummings, whose voice is strong but who has been moving with the aid of a walker for some months now after hospitalization for a knee infection.

“Guy has a plan for Howard County, all we do need is follow the plan,” the congressman said.

Ben Jealous, the Democratic nominee for governor, wrapped up the event emphasizing his standard themes of health care as a right, higher pay for teachers, and an end to mass incarceration in Maryland’s prisons. “We can save $660 million a year” in the prison system, he said.

“The way we win this thing is we turn out more than 1 million voters,” Jealous said, just as Gov. Martin O’Malley did in his rematch against Republican Bob Ehrlich in 2010.

In those elections, both Hogan and Ehrlich won Howard County, but Ehrlich lost the county twice against O’Malley in the following contests. 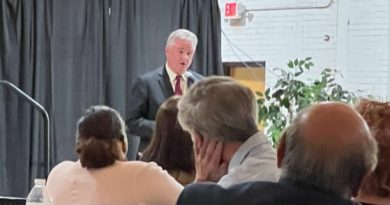 Parrott Fires Back at Trone after Congressman Attacks his Record