The Maryland Democratic Party is challenging one of the Republican Party’s biggest successes in years. It filed a lawsuit yesterday seeking to overturn the GOP’s successful drive to put the Democrats’ congressional redistricting map on the November ballot.

The petition drive’s success was partially due to an online process that filled in much of the information required on petitions. MdPetitions.com was developed initially to petition to referendum Maryland’s DREAM act, which would give in-state tuition for children of illegal immigrants under certain circumstances. That petition was successful last year, as was the petition drive to put the new same-sex marriage law on the ballot this year.

All three issues are set to appear on the November ballot, with the potential for voters to reject legislation passed by the Democratic-dominated General Assembly. This is the first time in 18 years that any law passed by the legislature has been placed on the ballot.

If voters reject all or any one of the new laws, it will give Republicans some of the policy clout they lack at the State House.

In its lawsuit, the Democratic Party says the new online process violates state law by filling out the petitions with voter information. It also says there was no way to validate some of the signatures, some signatures were improperly “witnessed” by the person signing them and some of the petitions were signed fraudulently. The Democratic Party says it “will suffer unique and singular injury” if the congressional redistricting plan goes on the ballot because it will make it harder to elect Democratic nominees.

One of the defendants in the suit is the Democratically controlled State Board of Elections. The lawsuit says the board and elections administrator incorrectly interpreted Maryland law in validating 59,201 signatures, and at least 5,000 of them are invalid. This would mean the petitioners had not met the requirement of 55,736 valid signatures.

The lawsuit asks the court to reject the signatures and remove the congressional redistricting plan from the ballot.

The GOP sought to place the plan on the ballot because it added significant numbers of Montgomery County Democrats to the 6th Congressional District, making it more difficult for 10-term Republican incumbent Rep. Roscoe Bartlett to get reelected.

MDPetitions.com’s chairman, Del. Neil Parrott, R-Washington, said, “MDPetitions.com will work to defend each and every signature that has been validated by the Board of Elections.”

Radamase Cabrera, spokesman for the Fannie Lou Hamer Political Action Committee, a group of African-Americans seeking more congressional representation, said, “The Democrat Party of Maryland is overreaching by trying to throw out signatures based on the way they were collected. Clearly, we at the Fannie Lou Hamer PAC hope that the courts will side with the people of Maryland and that the people will decide whether to keep or reject the 2012 map.”

The Democratic lawsuit says the Republicans are harmed too by the confusion and uncertainty a vote to reject the current congressional district map would cause.

In a small irony, the signature of one of the lawyers representing the Democratic Party, Jonathan Shurberg, appears to have been signed by the other attorney, Amanda LaForge, since her initials follow his signature in the same handwriting as her own.

The lawsuit alleges some petition signatures were invalid because in some cases, one person signed for two people. 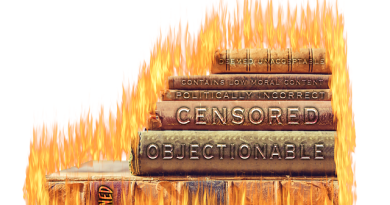 Book banning resonates as an issue in Maryland school board races