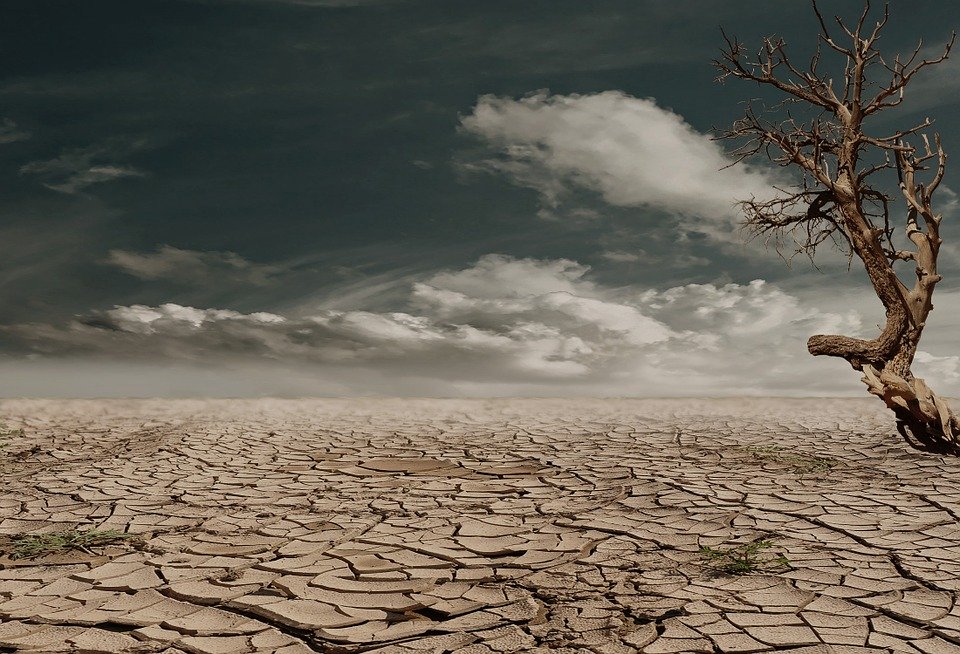 COVID-19 causes illness for a longer period of time than other contemporary viruses (from two weeks to a month.)

Victims who recover from the virus often suffer permanent organ damage as a result of their infection. Significantly and uniquely, it also appears that infection may not confer immunity from reinfection. Last, even if significantly underdiagnosed, it is a minimum of four times more likely to kill someone than seasonal flu.

Now, for the sake of discussion, let us ask, “What would be the ideal bioweapon?” 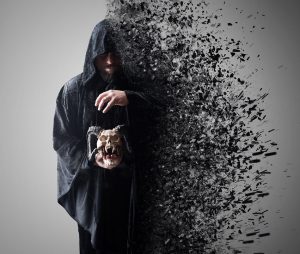 Obviously the more contagious the better. The ability to live on surfaces to spread to unsuspecting victims as they go about their daily lives would be ideal. A long incubation period allowing people to be unaware they are sick and spread the virus would also be ideal. The ability to make people ill for a long period hindering productivity, but even more significantly impairing their ability to function their entire lives at full capacity incurs enormous societal costs. A dream come true for a bioweapon is one that can reinfect a host repeatedly.

This last point is important because, from an economic perspective, a bioweapon that kills its hosts is suboptimal.

The reason landmines are so terribly effective is they wound rather than kill, and a single wounded soldier ties up three healthy soldiers to stabilize their injuries and remove them from the battlefield. Hence, for the sake of argument, one could say that the COVID-19 virus is an economic landmine.

One of the reasons this virus has spread so quickly worldwide is the Period of Communicability for the virus has been greatly underestimated at 14 days.

From the published literature we have thus far, the incubation period averages six days, but people are becoming infectious on average three days before symptoms start. People are then sick for on average 14 days, the entire time of which they are infectious.

It is now reported people continue to shed the virus eight days after recovery. Ergo, we are facing a pathogen capable of spreading for up to a month from a single infected individual. (three days in the incubation period + 14 to 21 days during the illness period + seven days post-recovery = 24 to 31 days of contagious ability.)

This would explain why no nation on planet earth has been able to contain the COVID-19 virus, except perhaps China and North Korea.

There have been unconfirmed reports in several alternative media outlets of the Chinese incinerating deathly ill people placed in body bags alive. Meanwhile, a piece in the Washington Post suggested the North Koreans are simply shooting the infected. The tragic part, even these measures, if they have been implemented, will not stem the spread of this virus, as anywhere from 25 to 50 percent of the infected show no symptoms and act as super spreaders.

Even when people self-quarantine appropriately, as instructed in the United States, they are out spreading the virus for another 10 to 17 days. This would explain why a country like El Salvador (which initially reported a single case) that locked its borders at the beginning of the virus spreading and forcibly quarantined returning citizens for 14 days,  now has 164 cases.

The Spanish Flu epidemic resulted from a confluence of factors such as the rapid spread through military barracks and the mass transport of infected troops worldwide during World War I. Further, medical care was not what it is today in 1918, where we have a plethora of medical equipment, better sanitation, a panoply of antibiotics to treat secondary infections, and a CVS pharmacy on every street corner.

We are dealing with a pathogen in COVID-19 that — despite a virtual lockdown of societies worldwide including the suspension of all economic, leisure, and travel activities — has continued to spread and grow. In the United States, even routine medical and dental care has been suspended until further notice, and all “non-essential” stores have been closed.

This is unprecedented and is a crisis that could have been predicted by no one, and further prevented by no one except perhaps China if they chose to contain it instead of charging physicians who attempted to disclose it with crimes against the state.

The reality of this is every person on earth will be exposed to this virus until herd immunity is reached, and if most human beings lack the ability to develop immunity to this virus, herd immunity will not help us, and we will be locked in this prison in perpetuity.

Critics believe the CDC is as guilty as China of aiding and abetting the spread of COVID-19 by telling the American people that it was unnecessary, ineffective, and even would increase their chances for infection by wearing a mask in response to COVID-19 — a position which they later partially reversed. Even so, the CDC still does not recommend wearing surgical masks or N95 respirators, but rather supports “wearing cloth face coverings in public settings,” which are less than half as effective at stopping most viral transmissions and 11.5 times less effective at stopping influenza-like illnesses (ILIs). The CDC further diminished its credibility stating that surgical masks will not protect the public from viral transmission because the sides of the mask do not form a tight seal. The truth is a study funded by the CDC found that surgical masks are as effective as N-95 respirators at preventing the transmission of flu and other respiratory viruses to the wearer, and there is no difference in the incidence of viral respiratory transmission among health care workers wearing either a surgical mask or N-95 respirator.

This in and of itself is bad enough, but then the CDC put the proverbial final nail in the coffin telling people they are safe if they maintain a six-foot differential from others when in public. The reality is pathogen-bearing droplets of all sizes can travel 4 times that distance (23 to 27 feet.)

Of course, anyone with the sense of a dishrag would know the CDC is being less than forthright when the statement is predicated with “Most people should not use medical masks—either loose-fitting surgical masks or the more snug N95s—because these should be reserved for healthcare professionals who need them to protect against COVID-19 while in close contact with patients.” This can be construed by critics as another way of saying “We need to keep the physicians healthy who are around sick people because we can’t afford to lose too many of them, but you aren’t important enough to merit the same protection if you are around sick people while getting groceries for your kids who may then become orphans and grow up in poverty if you get sick and die.”

Ventilators required to keep people with severe COVID-19 infections alive are manufactured in China. And while 3M does make some N-95 masks in the United States (most are made in China), it can only make about 50 million of the 300 million needed per month for this pandemic.

In a great display of patriotism, 3M chose to sell the N-95 masks it makes in the US to countries, which outbid states in need of them. That is until the President ordered the planes containing the masks to return to the United States. Unfortunately, the President cannot do that with antibiotics, because not a single one is manufactured on U.S. soil anymore.

New York has emerged as the epicenter of the COVID-19 outbreak, and much of this was due to state government mismanagement. New York officials downplayed the severity of COVID-19 and even encouraged New Yorkers to continue to gather in large groups.

Governor Andrew Cuomo is accusing the federal government of deciding who should live and die by not sending New York all the ventilators it requested, yet apparently he himself has no problem condemning people upstate to death by using the National Guard to steal ventilators from the hospitals upstate who were adequately prepared. After all, why should they get to live? They don’t support the NY SAFE Act and, by and large, did not vote for him. (It seems odd Andy should be requesting anything from the federal government because he has contended New York had all the resources it needed for illegal aliens.)

Several years ago, New York was warned its stockpile of ventilators was too short by several thousand, but instead of buying more ventilators implemented a plan to ration them if necessary. Now it will get to put that brilliant public health plan into action. Cuomo is now saying the worst is over, and if New Yorkers maintain adequate social distancing and wear cloth masks (neither of which do anything), this problem is on the mend. Someone needs to teach Andrew what a Poisson distribution is, and how momentary dips on a flattened curve are not indicative of a trending sustainable remission in illnesses.

What is most interesting is reality has gone entirely out the window with regard to this epidemic.

Politicians think providing everyone a $1,200 check is adequate to sustain people who have been out of work for months (most of which have next to nothing saved.) The stock market (which is rallying) thinks borrowing another 2 trillion dollars (or more) and allowing people to empty their retirement accounts without penalty to stay solvent is a viable plan to prosperity after the epidemic recedes.

We have a federal reserve set to start buying junk bonds (why not just let the federal reserve tell us what the Dow Jones and S&P numbers should be each day?) We expect business tax credits which will pay 28 cents on the dollar after a year’s time to sustain small businesses and their payrolls – who are going broke immediately. Last but not least, let’s not forget how a zero percent interest rate is going to help maintain the solvency of all those underfunded pension plans.

This is not going to end well – or soon. 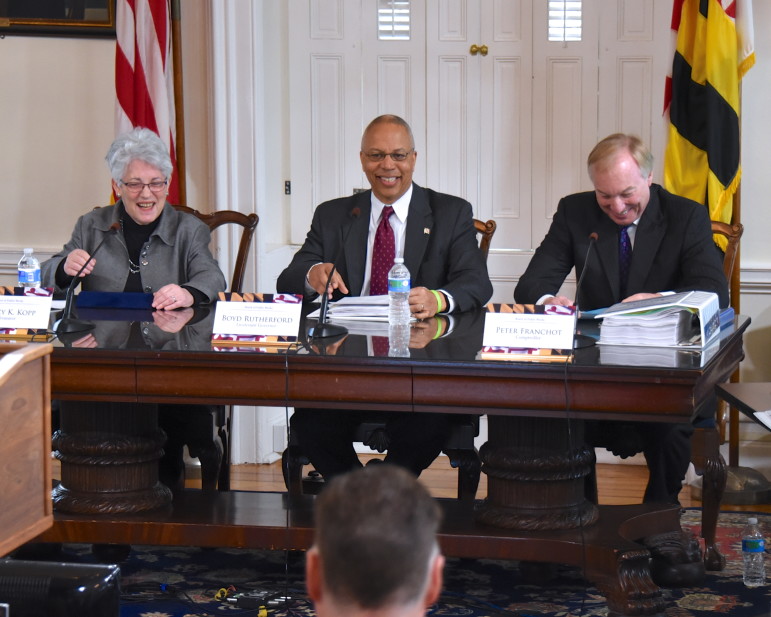