The moral, ethical and legal answer to that question is most definitely no.

But sometimes when a cop is facing just that same question, the right answer might become blurred.  I heard Daryl Parks, the attorney for the Martin family, speaking the other day on CNN. He made the comment that good cops need to speak out against the bad cops in their departments. He is correct on the face of it.  But there is more to it than saying you are going to do the right thing when you start thinking about the possible consequences. When you are faced with the possibility of losing your career, your income, home and benefits it is only human nature to ask yourself if you should just remain silent and would it be worth it to come forward.

Over the past twenty-three years I have spoken to many cops, all across this country, who were facing just such a decision.  When asked for advice I could only tell them what I did and the ramifications I faced for telling the truth.  I would tell them to tell the truth but that was a decision they had to make for themselves.

I also spoke to cops who did speak out against misconduct and corruption in their departments.  Some lost their jobs, some never made rank and others just gave up the career they loved because they could no longer take the treatment they received at the hands of fellow officers because they did the right thing. That is a very sad state of affairs, when law enforcement officers, those responsible for enforcing the law and upholding the constitutional rights of those they swore to protect end up losing their jobs because they did the very thing they swore an oath to do.

I have always believed in our criminal justice system and still do.  It is not a perfect system but it has worked quite well for over two hundred years.  You can be sure that if I didn’t believe in our system I would not have spent almost eighteen years of my life in law enforcement.  When I was on the job I always thought what most cops think, “We’re right and they’re wrong.”  I certainly did. I believed that because law enforcement is on the side of right, and it must be right all the time.

Sadly, in 1992 while I was employed by the Loudoun County Sheriff’s Office in Virginia the events that happened to me shattered both my professional and personal life and made me question my faith in the system; at least how the system worked in Loudoun County at that time.

Within days of my testimony at that hearing, my professional reputation was questioned.  Twelve years with the sheriff’s office, more than half of which was as a narcotics investigator with a good reputation and awarded Criminal Investigator of the Year in 1986, did not mean a damn thing.  I did what I had to do.  I did what was expected of any cop.  I told the truth.

But when I went to the sheriff and asked him if he would back me up for telling the truth, his response was that this had nothing to do with the sheriff’s office.  He said that this was a matter between the commonwealth’s attorney and myself.  This shocked me.  I told the sheriff that I worked for him as an investigator and that the captain also worked for him.  I asked, “Didn’t that make it a departmental problem.”  His answer was “No.”

Shortly thereafter, the commonwealth’s attorney and his deputy, began to attack my credibility.  Although I had testified for years, now, suddenly, when it suited their purposes, I was deemed untrustworthy.  They slandered me in the local papers.

When I went back and asked the sheriff again to back me up, he attacked me instead. I became the target of harassment by the sheriff and my lieutenant because I did the unthinkable: I had defended my reputation, uncovering misconduct in the bargain, and did so by talking to the local media.  I had the nerve to exercise my First Amendment rights.

The sheriff and his designated hitters bombarded me with threats of transfer “so I would be out of the public eye until this blows over.”  But we were in law enforcement. Law enforcement doesn’t wait for things to “blow over.”  Law enforcement investigates and uncovers the truth while the trail is hot, or at least warm.  At least that is what I believed.

The sheriff preferred, however, to wait until apathy obscured the truth, rather than immediately initiate an internal-affairs investigation of what happened in the Carter case.  Either I had perjured myself while under oath or I was telling the truth.

I told the truth when I testified, but that meant that the commonwealth’s attorney and the sheriff’s office captain withheld material evidence.  The right thing for the sheriff to do was to initiate an investigation to determine who was telling the truth, particularly to consider whether an innocent man was sitting in a prison cell. But this never happened.

Because of my testimony at the first hearing, a second hearing was scheduled for January 8, 1992.

I told the sheriff I had witnesses who remembered that I had discussed Mrs. Carter’s confessions about suicide, and framing her husband, back in 1987 when she wanted to hire me as a bodyguard.  But even that didn’t jump-start the sheriff into questioning them.

When I heard that the Virginia State Police, at the request of the Attorney General’s Office, would interview people before the January 8 hearing, I thought, “Wow, now the truth will come out.”  But I was wrong again.

Neither local nor state investigators had any interest in getting to the truth.  The state’s agents did not talk to any of the witnesses I identified, even after I had told them that they had pertinent information.

Luckily, the private investigator working for  Mr. Carter did.  He found they had pertinent information and subpoenaed them to court to testify.  It was a shock for the assistant attorney general handling the case, when these witnesses appeared and confirmed what I had said.

It was not until after the January 8 hearing that I was informed it had been the job of the Attorney General’s Office to defend the Department of Corrections and to discredit me if it could.  Obviously, I missed something in my law enforcement experience.  As I said at the outset, I thought the job of the criminal justice system was to try to find the truth, not to conceal it.

Several weeks later, after the commonwealth’s attorney, the sheriff’s office captain and I testified, Judge Sinclair found my testimony credible, ordered Mr. Carter released, and awarded him a new trial based on my testimony and the testimony of other witnesses corroborating my recollection.

The matter was over, and things should have settled down.  So I thought.  But I was wrong once again.  There was still worse to come for me.  I was transferred out of narcotics investigations to serve civil process, then I was suspended and finally I was fired by the sheriff when CBS news was interviewing me for the 60 Minutes spin off- Street Stories With Ed Bradley.

Even as I was being discharged for failing to take a polygraph, although I did agree to take one, the sheriff was not truthful about the reason for firing me.  He claimed a TV film crew that took pictures of me exposed the county to liability.  He said this more than two weeks after a departmental investigation concluded the opposite.

I was investigated for defending my reputation, and for telling the community in court and in print how law enforcement was being compromised.  Yet the commonwealth’s attorney and the sheriff’s office captain, who subverted their oaths to uphold the law, and instead violated their obligations, were immune from criticism; much less discipline.

I’m not a cop today because I told the truth.  That sounds like something I read by Kafka a long time ago.  I never got the chance to complete my law enforcement career and earn my retirement.  I have missed the work so much I could not put it into words.  Being a cop was my life.  I have asked myself repeatedly over these twenty-three years, if it all was worth it.  If I had it to do all over again, I asked myself, “Would I do the same thing?”

My answer is simple: Yes.

When a cop does not have to tell the truth and may lie or even remain silent to keep his job, individual freedom and liberty are at risk.  The county and other elected officials that remained mute at a time when I needed them to speak out, in essence approved of what was going on, by their silence and by their failure to act.  That silence, that official apathy, was as wrong as it would have been if I had lied or remained silent to keep my job.  Although, under the circumstances, had I lied or remained silent, I would of been retained.

Mr. Carter was acquitted at his retrial in the summer of 1992.  For him justice prevailed.  For me, I found out that justice was not only blind, but deaf and dumb as well.  Still, I have no regrets about what I did. I could not have done otherwise. Sometimes the truth has a price.  For me it came at great personal cost.

I will close with this message to all law enforcement officers in this country.  You do not work for the police chief or the sheriff of your agency.  You work for the citizens you swore an oath to protect.  No person is above the law, even if that person is wearing a badge. 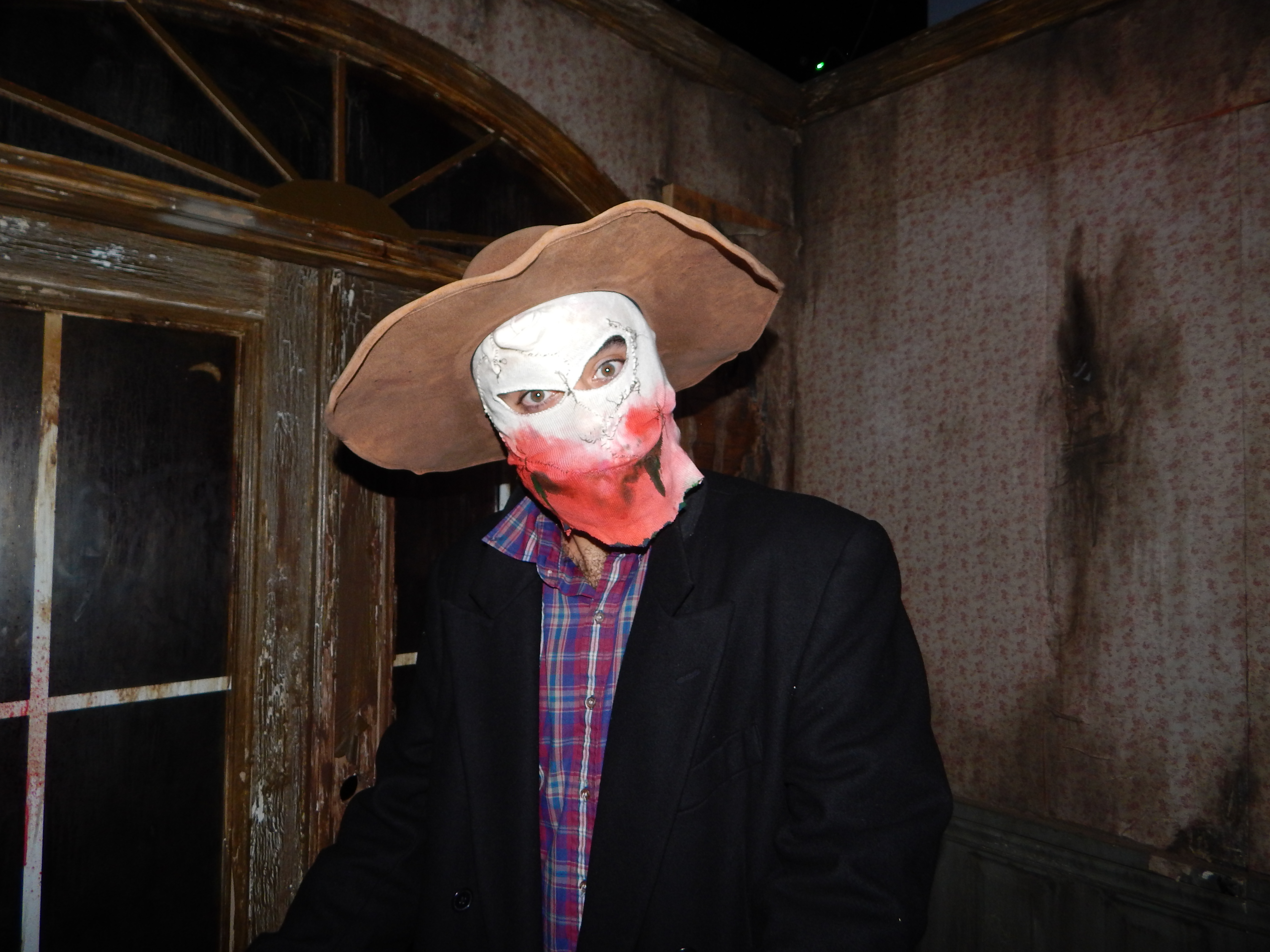