There has long been a generally accepted belief that conservative talking heads on talk radio or Fox News want to see a Republican win the White House in 2016. Nothing could be further from the truth. Yes, Rush Limbaugh, Sean Hannity, Ann Coulter, and countless other conservatives like them have gone to great lengths to convince Americans of the dangers we face if Democrats hold on to the White House after President Obama leaves. This is their biggest lie.

There is a big difference between a conservative politician and a conservative talking head. The politician desires nothing more than a government in which the Republican Party has control of the White House, both houses of Congress, and the Supreme Court. Such an event would give them carte blanche to pass any legislation, pursue any foreign policy, and impose any social values they desire for this nation. From trickle down economics to more wars, conservative politicians dream of a day in which they hold total power (Democrats have the same desire as well).

However, such a scenario would be a nightmare for conservative talking heads. You see, a Republican-controlled nation places total accountability on the shoulders of conservatives and provides someone like Rush Limbaugh with little to talk about. At the very least, it makes it more difficult for them to fire up their base audience.

Remember, misery loves company and when Democrats are in power, Rush and his fans have a reason to share in their misery. If Republicans are in control, Rush has to help create controversy within the party ranks as a tool to fire up his listeners. This just helps lead to Democrats winning elections and Rush going back to being happy to focus on the “enemy.”

This is why all talking heads, especially conservatives, want Hillary to win in 2016. They’re happier with a Democrat in the White House. Let’s not forget, Rush, Sean, and Ann are business people first and conservatives second. They have made their name and built their brand entirely around bashing the Democratic Party. Limbaugh, if you remember, became incredibly famous when Bill Clinton was president. Books, television, and talk radio were all part of his fame and made Rush a very wealthy man.

When George W. Bush was elected, Rush began a slow fade toward irrelevancy. He is not just hoping Hillary Clinton wins in 2016, he is literally banking on it because even he knows a Jeb Bush presidency will hurt his wallet more than anything else.

Sean Hannity, and the entire Fox News crew, need Hillary in the White House too. It is more than a coincidence that their ratings have declined since Republicans took the fall elections last year. What happens if they win everything in 2016? Fox may be forced to switch political affiliation just to draw an audience.

Hannity and Fox know it is much easier to spread hate and outlandish stories when Democrats are on the receiving end. Attacking an “enemy” is easier than defending a “friend.” If you need reminding, think back to how difficult it was for them to support George W. Bush than it has been for them to attack Barrack Obama.

As for Ann Coulter, a person I believe to have no moral compass and who would attack her mother if it meant increased book sales, she would much prefer to stick daggers in the hearts of liberals than conservatives. This explains why she says some of the most slanderous comments about liberals without any repercussion. She, and all other conservatives who make their living hurling insults at liberals, know when they make up lies and attack the left, they are doing the left a huge favor. When Ann, Sean, and Rush open their mouths liberals rejoice knowing it strengthens the left’s base.

The days in which conservative presidential candidates need the vocal support of Rush Limbaugh, Ann Coulter, and Sean Hannity, the “Three Stooges of Conservatives,” are over. Republican presidential candidates must cringe every time they are asked to comment on something one of these three asshats say. When Larry, Curly, and Moe open their mouths and sprinkle the airways with their hate, it only amounts to free advertising for supporting the Democratic Party and everyone knows this by now. Unfortunately, the only way for Republicans to make these stooges fade into irrelevancy requires them to win the White House next year. But until they can field a candidate who can beat Hillary Clinton, it looks like the only Rush I will be listening to until at least 2020 can only be found on a classic rock station. 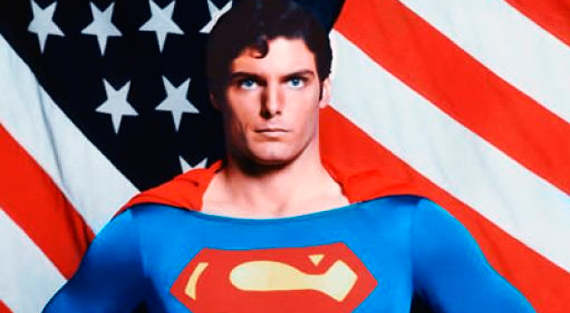