Common Cause submitted these letters to Baltimore Post-Examiner on the topic of the Supreme Court’s change to the Voting Rights Act.

As a former teacher of US history I am dismayed at the Supreme Court’s decision to strike down Section 4 of the Voting Rights Act. This provision identified those jurisdictions having a history of discriminatory voting procedures and requires them to receive federal approval to make any changes to their voting practices. While many identified jurisdictions have successfully eliminated unfair voting practices, discrimination continues to exist in some area of the country, particularly in areas with large minority populations. In lieu of the Supreme Court’s decision, some states are passing even more restrictive voting measures. We need to encourage all citizens to exercise their right and responsibility to vote. Congress has the power to reaffirm its commitment to preserve and insure the voting rights of all citizens. Congress must act quickly to insure that fair voting practices, a cornerstone of democracy, are guaranteed.

The activist Supreme Court has struck again. After making up law in the Citizens United case, they once again ignored up to date facts showing illegal voting restrictions in the states and areas subject to the voting Rights Act. Jim Crow laws are being replaced by many new techniques which are even more effective in limiting participation by citizens. Immediate action must be taken to protect the rights of millions of citizens who are losing their voting rights right now.

One year ago, a woman came into my high school government class and gave us all voting registration paperwork. If you could remember your Social Security number, you could register as a voter, right then in the middle of class. I registered that day and voted in the 2012 election, simple as that.

The Supreme Court took the teeth out of the Voting Rights Act. I was lucky enough to be given that opportunity to participate in our democracy, but I know that not everyone is. Some of my friends missed school that day, and still have not been registered. I compare that to an entire district of schools that don’t have registrars come in to get students registered, and then an entire country where my peers could potentially function as second-class citizens because their districts are not held to a standard of freedom to exercise their most basic right. Young citizens must tell congress that we still need that standard today. If nothing else, America stands for the core of democracy – the right to vote.

As a bastion of freedom, America ought to be encouraging as many people to vote as possible and removing barriers wherever possible. Unfortunately, this has not always been our history. Hence the Voting Rights Act of 1965 was passed and renewed as recently as 2006 by huge majorities of both Houses of Congress after exhaustive review. We have made some progress in limiting discrimination against minorities voting since 1965, thanks to the VRA, as the Supreme Court indicated in its recent decision, but the formula for deciding which districts and states need to have clearance before is, according to the Courts majority, outdated. Congress needs to update this formula and include any district or state that is participating in acts of voter discrimination such as voter identification laws, limiting early voting, eliminating same day registration and former felons, all of which place special hardships on minorities, elderly, college students and poor people, limiting early voting.

Common Cause is a nonpartisan, nonprofit advocacy organization founded in 1970 by John Gardner as a vehicle for citizens to make their voices heard in the political process and to hold their elected leaders accountable to the public interest.

Pimlico is a bad bet 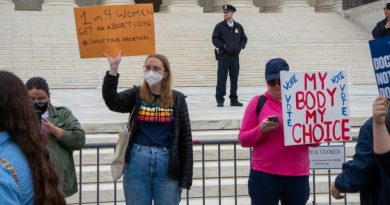 Columbia at 50 Part 9 Environment: Respecting the land while building a city