Distribution ledger technology is becoming increasingly important around the world. Its rise has led to some new vocabulary in the cyber world, such as ‘decentralized web.’ This new network is functioning under new rules when it comes to organization and indexation. Gathering, indexing, and analyzing the massive amounts of information on this new decentralized web is going to be a major source of revenue, especially when it comes to blockchain services and the accompanying market for media buying and selling.

The technology company ClearCoin is making a decided impact when it comes to selling and buying media in real time with decentralized applications and the wider digital world. Their analysts have been working overtime to understand how the decentralized web has changed the use of advertising and media. There’s no doubt that the rules of engagement have changed, and ClearCoin is determined to be a frontrunner in this new cyber landscape. The creation of ledger systems demands new paradigms when it comes to organization and publishing, and the company is well on its way to overtaking Google in the interpreting of raw data in a decentralized web system.

ClearCoin is moving in two well-defined directions in the decentralized web. First, it wants to make the chain of media supply more efficient as well as more transparent; this will increase both the quantity and quality of ads and of media. Their second goal is to index, collate, and offer analyses of real-time blockchain posted data.

ClearCoin is offering protection against the burgeoning ad fraud challenge that plagues digital marketing. Monetary losses from scams such as rigged viewership and the onslaught of mindless bots are increasing at an alarming rate. It is estimated that the cost of ad fraud worldwide may jump to over fifty billion dollars in the next ten years. This is a serious problem that is making a huge dent in marketing budgets. So ClearCoin has set out to exploit key features in the blockchain system to create transparency and increase trust. Separating legitimate digital advertising data from false and useless trash will bring the quality of advertising campaigns to a newer and better level.

The marketing opportunities offered from a decentralized web are tremendous, but only if the decentralized web can clean house when it comes to fraudulent stats based on fraudulent information. Blockchains are vacuuming up extremely valuable information for businesses and other enterprises, but separating the wheat from the chaff is proving to be a hard challenge. According to ClearCoin, the key to fixing this problem is professional indexing. The company will have a complete index of the Ethereum blockchain by the end of this year. Ethereum right now is the single largest contract platform, and mining its legitimate data through the blockchain promises great rewards, for consumers and companies alike.

Clearly, media buys on the decentralized web must be based on statistics that are both real-time and completely trustworthy. ClearCoin is working with blockchain enhanced systems to guarantee indexes and analyses that are proof against misleading numbers and downright fraud. They believe it can be done in a manner, and at a cost, that will appeal to players in the advertising and media world.

Do this if you don’t get paid for your work 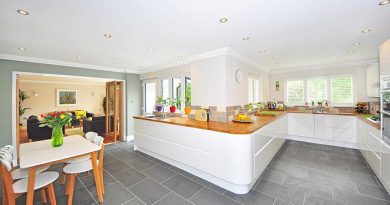 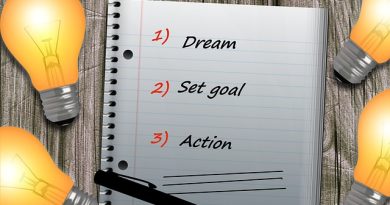 How to Set New Goals for Your Professional Life