The vandals smashed a hole in the monument, leaving the inscription unreadable. (YouTube video)

BALTIMORE – The Baltimore Police Department is still searching for the vandals who smashed a hole in the oldest standing Christopher Columbus monument in North America and were brazen enough to put a video of their crime on YouTube.

The hole in the 44-foot tall monument rendered its inscription, “Sacred to the Memory of Chris. Columbus Oct. XII MDCC VIIIC,” unreadable. Two handmade signs were left propped up at the base of the monument. One reads, “Racism: Tear it Down,” and the other says, “The future is racial and economic justice,”

The monument was erected in 1792 to commemorate the 300th anniversary of Columbus’ arrival in North America. The monument is one of three in the city dedicated to Columbus, including one in the Little Italy neighborhood.

The monument’s destruction was recorded on a video uploaded to the YouTube channel “Popular Resistance” on Monday. Protesters are seen smashing the monument with a sledgehammer. A narrator who identifies himself as a Baltimorean named “Ty” says: “Columbus initiated a centuries-old wave of terrorism, murder, genocide, rape, slavery, ecological degradation and capitalist exploitation of labor in the Americas. That Columbian wave of destruction continues on the backs of Indigenous, African-American and brown people.”

Baltimore Police Department spokesperson T.J. Smith said at a news conference Monday that if the culprit responsible for damaging the monument is identified, he or she will be prosecuted.

Last week, two Confederate monuments in Baltimore were vandalized. All four Confederate-era statues in the city were removed overnight a few days later by order of Mayor Catherine Pugh.

Trump’s State of the Union Address, FEMA, Puerto Rico, What it Means to Be an American Citizen 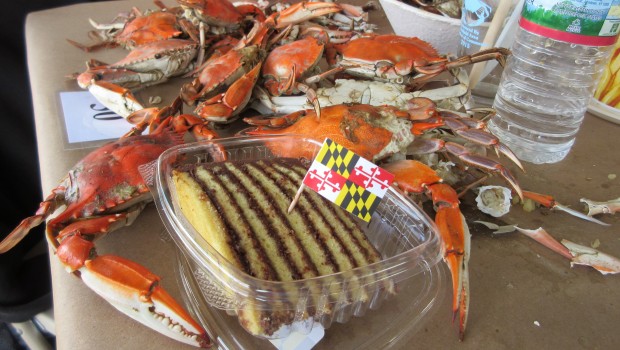