Ever since I was a small child, my brother, father and I would cozy up on the couch on Christmas Eve and read “Twas the Night Before Christmas.” My brother and I would make jokes or sound effects, giggling and rolling our eyes as my dad slogged through the staid rhymes, doing his best to dramatize the tale.

It was tradition. We did it every year. Then, of course, there were the stockings at our bedside on Christmas morning, brimming with chocolates, tiny wrapped treasures, toiletries from CVS and the requisite orange weighing down the toes. In later years, my stepmother would make a sausage and egg casserole to eat while we unwrapped gifts.

Last year was the first time I can remember not traveling to Alabama to be with my family for Christmas. My son was about eight months old, and we had a million excuses not to travel. So instead my father read “Twas the Night Before Christmas” over speaker phone as we followed along with a copy he gifted to my son.

I missed the rituals and family and friends and Christmas ham. Christmas always brings a tinge of sadness for me, a weight of loss that feels less pronounced throughout the year. And skipping the trip South made me feel even lonelier.

But I began to realize that it was time for us to start building our own holiday traditions. We were now our own separate family, albeit a new one. As our son and perhaps future children get older, we will want them to have their own memories of Christmas eve at home and waking in their beds to overstuffed stockings and a family meal. That’s not to say we won’t want to travel or make the haul to Alabama around the holidays, but I envision Christmas day at home.

That was a surprisingly difficult revelation for me. It made me feel more like a grownup and a mother, rather than a child, my father’s daughter. It made me feel like I was starting from scratch. It felt lonely and lacking. My husband was on board with staying home, but neither of us knew what to do. Do we stuff each other’s stockings? Our own? (We wound up both playing Santa, unbeknownst to each other, so we had twice the drug store swag.) Do we make a holiday meal? What about the sausage and egg casserole?

We’re staying home again this year, and I think I have a bit of a better attitude. We’ve ironed out a few of the details and started thinking of our own traditions. My son and I have already visited two train gardens (one of them twice). I think on Christmas Eve, we’ll have a fish dinner and open an ornament for the tree. Maybe I’ll make a special breakfast for the next morning to eat while my husband, my son and I open presents.

I don’t think we have any friends in town for a Christmas dinner, but perhaps that will change as they too start to stay close to home for the holidays. And maybe as the years pass and our family grows, this plan will feel more comfortable. Our traditions will evolve, and we will start to build new memories.

In the meantime, got any good traditions we can borrow?

Wandering and wondering in Las Vegas 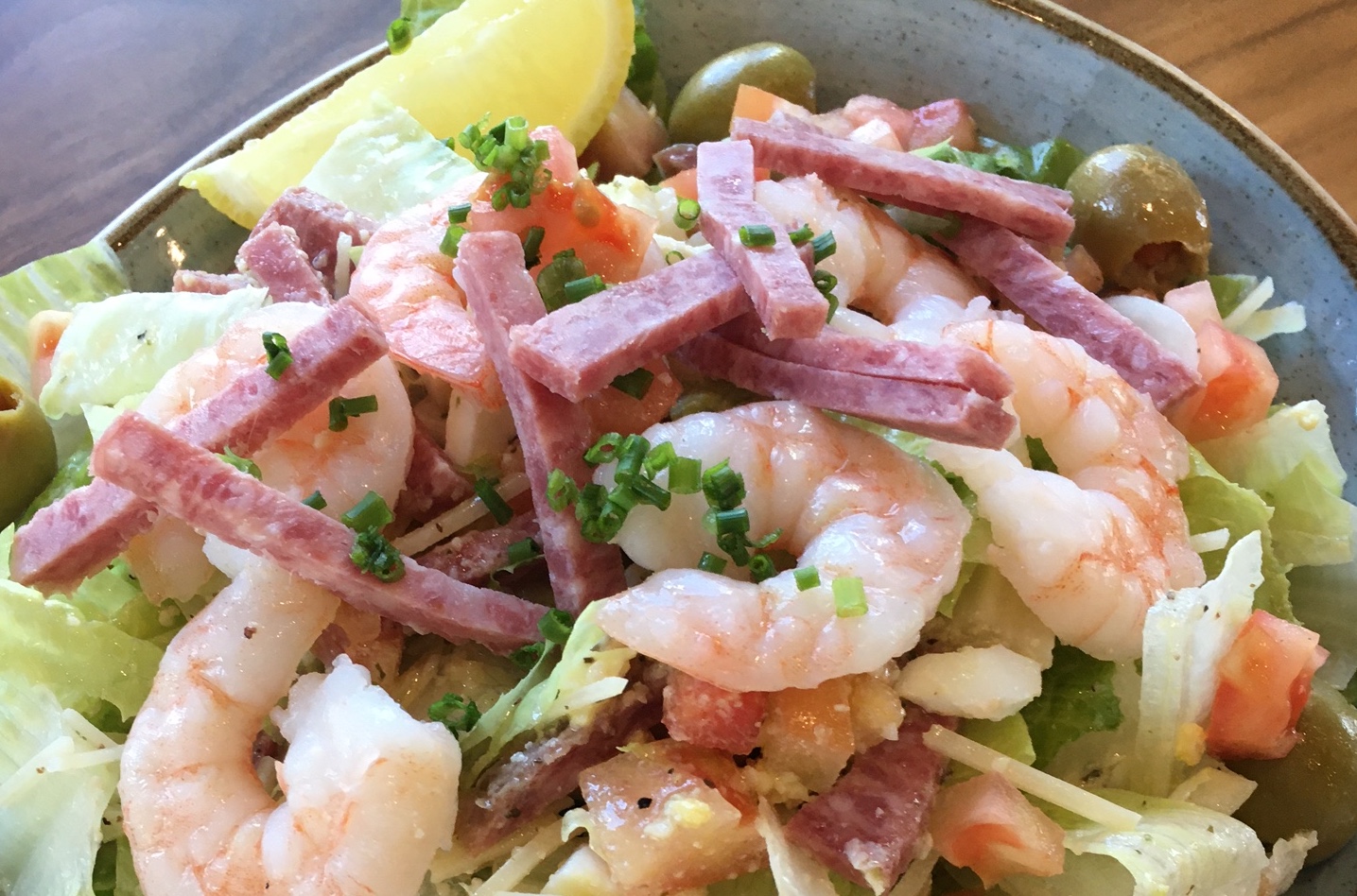