Sometimes it seems Edgar Allan Poe is perpetually in the news, It’s just perfect that it recently happened again on a dark and stormy night, with lots of rain and sleet in the mix – just in time to celebrate his 211th birthday.

Jeff Jerome acted as a curator for the spirited performance, titled “Poe-Pourri.” It featured in the first part, the actor, Tim Marrone, giving a powerful and dramatic reading of three of Poe’s classic poems, including my personal favorite, “The Raven.” He was accompanied in his readings by the first-rate playing of BSO violists Peter Minkler and Mary Woehr.

The second part of the show spotlighted the actor Tony Tsendeas’ stirring reading of “The Black Cat,” one of Poe’s works.

All of the above brings me to this question: What’s the real story on Edgar Allan Poe? (1)

Well, we know he died at the age of 40, in Baltimore, under mysterious circumstances. The exact truth of what really happened to him has evaded historians. I think even the experts on the popular TV program, “Forensic Files,” would be baffled by the case.

Poe is both a legendary and tragic figure. He is one of America’s greatest men of letters. Was his death related to “a vote-rigging” scheme?

Poe was found on Election Day, Oct. 3, 1849, “stupefied,” and dressed in shabby clothes, at or near “Ryan’s Tavern.” The boozy venue was often used by political thugs. Their dirty scheme was to target a vulnerable individual, get him drunk, or drunker, and then run him from one polling place to another to vote for their candidates. (2)

We do know that an incoherent Poe was eventually taken to a nearby hospital. According to the treating physician, Dr. John J. Moran, his last words, from his hospital bed on Oct. 7, 1849, after days of care, were: “Lord help my poor soul!”

Poe was known most of his adult life as a “binge drinker,” who possessed a “sad” disposition. He “never smiled,” was easily agitated, with few, if any, friends. As an adult, Poe endured an existence of “poverty and deprivation.” 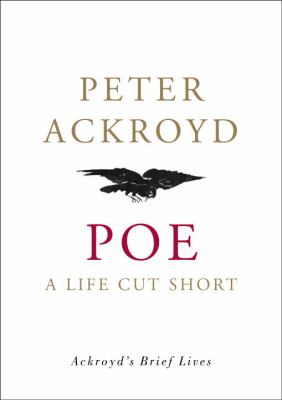 It’s appropriate that a splendid biography on him, “Poe: A Life Cut Short,” has been authored by a Brit, Peter Ackroyd. I say this because Poe’s mother, Eliza Arnold, was a native of England and a gifted professional actress. (I’m highly recommending Ackroyd’s book.)

If the Brits love anything, it’s their theatre; they do it so well. Poe’s father, David Poe, Jr., an American, was also an actor, but failed to gain the “many plaudits” his wife did at her craft. Their son Edgar was born in Boston, MA, in 1809.

It was in Baltimore, however, (take that Boston), where Poe’s family connections were the strongest. His paternal grandfather, David Poe, Sr., was a veteran of America’s Revolutionary War (1776-83), who lived near Baltimore’s harbor, off of Pratt Street. During that great conflict, he served as a “Deputy Quartermaster General” for Baltimore City.

Poe’s grandfather also performed some military-related service, at age 71, during the War of 1812-14, when the city came under attack by British land and naval forces, causing Francis Scott Key to pen, “The Star-Spangled Banner.” Poe’s ancestry on his paternal side can be traced to Ireland. His great-grandmother was Jane McBride.

Poe’s parents both suffered from weak constitutions. His father, who loved the bottle, abandoned the family early on. His mother died when he was only two years of age from consumption. She was working in a play in Richmond, VA, at the time.

Poe then became the ward of one John Allan, a successful man of commerce with Scottish roots, although, Ackroyd underscores, he was never formally “adopted” by him. Allan’s wife, “Fanny,” was very fond of Poe and he was very attached to her. It was they who gave Poe, “the orphan,” his middle name.

Poe grew up very much a son of the South, although, he did spend a few years in England, as a youngster, (1815-20), where Ackroyd speculates that he became influenced by the “Gothic.” For a while, in 1826, Poe attended the U. of Virginia, developing there “a gambling” habit, to go along with his inherited fondest for the booze. Ackroyd insists: “[Poe] was born, not made, a drinker.”

Poe served, too, in the U.S. Army, in 1827-29, as an artillery officer. His days at Fort Moultrie, in Charleston, S.C. harbor, on fabled Sullivan’s Island, undoubtedly contributed to his popular tale, “The Gold Bug.” Poe even tried the West Point Academy, in 1830, from which he was later dismissed in February 1831, via a court-martial proceeding, for “gross neglect of duty.”

At the age of 27, in 1836, Poe married Virginia Clemm, his first cousin, “in a formal ceremony,” in Richmond, VA. She was then 13 years old, but he “lied” about her age. He claimed she was “twenty-one.” They lived together with her mother, Maria Clemm, who was also his aunt, in various East Coast locations, including New York, Philadelphia, and Baltimore.

Maria Clemm did what she could to cover for Poe’s drinking problem. She also worked to alleviate the grinding poverty that usually afflicted the mostly desperate trio. Before Poe’s marriage, they had lived in Baltimore from 1832 to 1835. (3) Virginia, like Poe’s mother, died from consumption, (TB), in New York City, in 1847.

There is little or no credible reason to believe that Poe was an opium or drug addict as claimed by the administrator of his literary estate, the “character assassin,” the disgusting Rufus Griswold.

Poe may have occasionally experimented with “laudanum,” Ackroyd writes. But, the author strongly argues: “The evidence does not suggest that [Poe] was a ‘habitual’ imbiber of the drug.”

Poe and his foster father, John Allan, fell out over money, which left the young man to his own devices. He drifted from job to job and city to city–making a little over “$300” for a lifetime of brilliant writing, which included his most honored poem, “The Raven.” Poe–some of whose novels were to become part of Hollywood’s film history, such as: “The Fall of the House of Usher,” “The Pit and the Pendulum,” and “The Murders in the Rue Morgue,”–rarely knew where his next meal was coming from.

Ackroyd wisely focuses on the details of Poe’s life story, with all of its twists and turns, and leaves the deep analysis of his rich literary legacy for others to explore. Much of Poe’s financial troubles, however, must be left at his own doorstep.

He made a lot of unnecessary enemies as an “editor” and “literary critic,” and his “cold” personality, accented by his “binge” drinking and often unpredictable work habits, turned most people off. Poe once wrote: “I intend to put up with nothing that I can ‘put down.’”

Author Ackroyd does an excellent job with just about every aspect of Poe’s trials and tribulations, along with his few monetary successes. It was “an erratic” life, and at times, “dramatic,” to say the least. Nevertheless, it all served as a fiery incubator for the explosion of Poe’s unique creative genius as a poet, novelist and literary critic. (4)

Like others before him, Poe had to die to gain wide acclaim. Ackroyd emphasizes how the remarkable Poe had launched the first “modern detective story,” opened the door to the “science fiction” genre and to works of just pure “fantasy.”

I would bet that Poe, who comes off as an ascetic at heart, died a 40-year-old virgin! If he was having sex with any of the women in his life, (Ackroyd does share their stories with us), he sure as heck didn’t brag about it and/or reduce it to writing.

Did you ever know of a writer and/or a celebrity type, who could keep his mouth shut about his sexual conquests? Poe was silent on the subject!

Also, can you envision a binge drinker residing in an East Coast city in the middle of the 19th century, who sooner or later didn’t end up drunk in a brothel and/or had a woman from the bar/streets as a “friend?” No brothels or “ladies of the night” for Poe.

The author adds, on p. 73, of his insightful tome: “It has been surmised that [Poe] was averse to sexual relations of any kind and even that he was impotent.” This assessment rings true for me.

In downtown Baltimore, at Fayette and Greene Streets, in the “Westminster Burying Grounds,” next to Westminister Hall, Poe is reportedly laid to rest. Although “only four” mourners showed up for his funeral, today his memorial gravesite is visited every year by thousands of admirers from around the world. When a monument to Poe was dedicated in 1875, the poet Walt Whitman was in attendance.

Poe’s wife, and mother-in-law, along with some of the heroes of the “Battle of Baltimore,” are buried there, too. (In fact, James McHenry, General George Washington’s former aide-to-camp and his first Secretary of War, and the man for whom the celebrated fort at Locust Point, in South Baltimore, is named, is also buried at the “Westminster Graveyards.”)

Ackroyd said of Poe: “He had ‘a heart’ always about to break.” I think that sums up the driving motif that was the life and death of that tortured soul.

I submit: Rest in Peace, Edgar Allan Poe, you magnificent bard and master chronicler of the macabre.

2.  According to Baltimore folklore, “Ryan’s Tavern,” aka “Ryan’s 4th Ward Polls,” was located at 44 E. Lombard St., within spitting distance of S. Charles Street. It no longer exists. The hospital where Poe died, then known as the “Washington College Hospital,” stood at the corner of Broadway and Fairmount Streets. Locals suspected that the building was “haunted.” The site today is across the street from the Johns Hopkins University Hospital.

3.  Poe’s home at 203 Amity Street is found near the Martin Luther King Blvd., in the downtown area, and not that far from the Baltimore Orioles’ baseball park at “Camden Yards.” Put it on your don’t-miss list of Poe’s sites to visit. It is also close to Poe’s final burial place–at “Westminster Burying Grounds,” 519 W. Fayette St, at N. Greene St.

4.  Check out, too, Mary Oliver’s essay in “Upstream,” on Poe, and how his poems tried to “solved the unsolvable.” 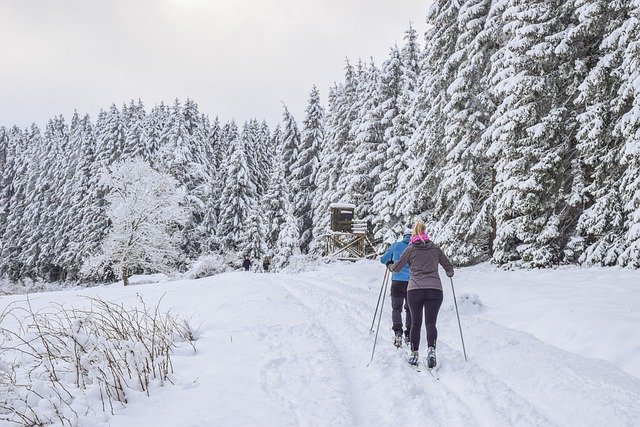