It’s the emails! The emails! This is it! FBI Director James Comey sent out the letter: More emails on Anthony Weiner’s laptop!

Clinton haters everywhere were crowing the big news! “This is it! She’s done! The smoking gun! She’s going down! She’s unfit for the Oval Office!”

What was the truth about the new emails? Even in the letter Comey sent to the Republicans in Congress he said they might not have any bearing on the email investigation he closed in July, in fact strongly suggesting they may be little more than Anthony Weiner dick pics. Because that, after all, is why they were looking at Weiner’s — and Huma Abedin’s — computers and other electronic devices.

It appeared Comey took the unprecedented step of publicizing an investigation to sway an election. The FBI director was roundly criticized by Republicans, Democrats and Independents alike for politicizing his office. Comey is a Republican after all and had been roundly criticized by the GOP for not recommending any charges be brought against Hillary Clinton in the email scandal.

Even Iowa Republican Senator Chuck Grassley said Comey’s letter was vague and “not fair to Congress, the American people or Secretary Clinton.”

But that didn’t stop the Clinton haters. Secretary Clinton had broken laws and Comey and the Department of Justice were giving her a pass! And you know the Attorney General Loretta Lynch met with Bill Clinton on the airplane in Arizona before Comey gave Hillary Clinton that pass.

Okay, this is a conspiracy theory that doesn’t require a lot of suspension of disbelief. Bill and Loretta meet, Comey Gives Hillary a pass. A plus B equals … which ever letter represents Comey’s refusal to recommend charging Hillary Clinton.

One thing about the Clintons everyone should agree on, especially her supporters, they do some really stupid things, like meeting with the Attorney General while that investigation was still underway. Doesn’t matter how long they’ve known each other. You’d think after 25 years under the scrutiny of a rabid GOP-led press and rabid GOP Congressmen and Senators that spent tens of millions of dollars investigating the Clintons from Arkansas to Monica Lewinsky, they would avoid things that even had the whiff of impropriety.

We can expect Director Comey to announce the emails on Weiner’s laptop to be much ado about nothing. More dick pics maybe, to use in their prosecution of the former New York Congressman.

But then a couple of interesting things happened away from both the R and D camps. Last week Libertarian Vice Presidential candidate Bill Weld published a letter on his campaign’s web site saying, “I would not have stepped out of the swirl of the campaign to make this statement if I did not fear for our country, as I do.”

He gave many people the impression he was stepping down as a candidate for vice president. It look that way to me, but then the campaign said Bill Weld was not stepping down.

On the Libertarian Campaign website Communications Director Joe Hunter claimed, “Governor Weld and Governor Johnson are campaigning nonstop, with rallies and appearances scheduled over the next few days across the country from Alaska to Cincinnati, and are fully committed to giving voters the third choice they deserve in this election.

“Any suggestion to the contrary is the product of active imaginations and partisans in both the Republican and Democrat camps who see how many independents, millennials and other disenfranchised voters are looking to the Johnson-Weld ticket as a vote they can cast in good conscience. ”

Well maybe actually they are not. Nor are they lining up in lockstep behind the Jill Stein Green Party Campaign.

So, Tuesday evening former Republican Massachusetts Governor Bill Weld showed up on the MSNBC program, The Rachel Maddow Show. Was he stepping away from the campaign? No … but he was still telling voters they must not let Donald Trump win this election. And the only realistic way to do that is to vote for the Clinton-Kaine ticket, not the Johnson-Weld ticket.

Weld told Maddow, “I see a big difference between the R candidate and the D candidate and I’ve been at some pains to say that I fear for the country if Mr. Trump should be elected. It’s a candidacy without any parallel that I can recall. It’s content-free and very much given to stirring up envy and resentment and even hatred. And I think it would be a threat to the conduct of our foreign policy and our position in the world at large.”

Weld said Trump is psychologically unstable and that Trump was not capable of, “competently managing the office of the presidency.”

He praised Hillary Clinton, saying someone had to stick up for the embattled Democratic candidate, someone not in the Democratic sphere.

Despite the fervent claims from Johnson and his supporters that Weld was firmly in the campaign to win, he told Maddow, “I’ve known her for 40 years. I’ve worked with her. I know her well, professionally. I know her well personally. I know her to be a person of high moral character, a reliable person and an honest person, however so much Mr. Trump may rant and rave to the contrary. So, I’m happy to say that, and people can make their own choices.” He also said Clinton would be a, “… very business-like and capable and competent approach to our affairs.”

He called the latest email flap a “distraction,” and disagreed with Director Comey’s decision to send an open letter to Congressional Republicans about it.

And then he said he disagreed with his own campaign’s statement that condemned both Donald Trump and Hillary Clinton equally. Weld believes the Democratic candidate is “…a person of high moral character, a reliable person and an honest person …” which is completely opposite of what the latest Libertarian statement claims.

And in great candor, Weld admitted the Johnson-Weld Campaign was no longer in it to win it, but to get the five percent threshold for matching campaign funds in 2020.

Bill Weld refused to say whether he would tell a North Carolina voter to vote for Johnson-Weld or Clinton-Kaine. He just wanted voters to know he believes Donald Trump as president would be a severe danger to America and the world. “Chaos,” as he put it.

In essence, he is telling people to vote for Hillary Clinton. Doesn’t matter what the Libertarians claim now. Bill Weld went on one of the most liberal cable television shows to be even more public about his support for Hillary Clinton — despite the fact that he is still on a different presidential ticket.

You can parse Weld’s statements on Maddow’s show all you want, you can make whatever claims you want about Hillary Clinton and her emails, they really hold no water.

Hillary and Bill Clinton have been under Republican investigations for most of the past 25 years. If there and been any real corruption, any real crimes committed, any real malfeasance in regards to Benghazi or any other non-scandal, charges would have brought against Hillary Clinton already. Just ask Ken Starr.

Other than the impeachment of President Bill Clinton for lying about getting a blow job in the White House — that didn’t convict him and left Bill one of the most popular presidents in history — there has been nothing on Hillary Clinton. And Ken Starr was firmly in the pocket of the GOP-controlled Congress when he conducted his investigations in the 1990s.

The Clinton fatigue people have is due in large part to the continued attacks from the GOP for over 25 years. Attacks that have never been grounded in reality, as we found out at the end of Starr’s investigations.

Now we have Republican Senators like John McCain of Arizona and Ted Cruz of Texas vowing to be as obstructionist with a President Hillary Clinton as they are with President Obama. That should tell voters everything they need to know about voting for down ballot tickets. It’s time to make the GOP a minority party throughout America once again.

And yes, Bill Weld is a nice guy and it would be no stretch for me to consider him for president if he was running at the top of his ticket. “What’s Aleppo” Gary Johnson has shown us he is not a serious candidate for president. 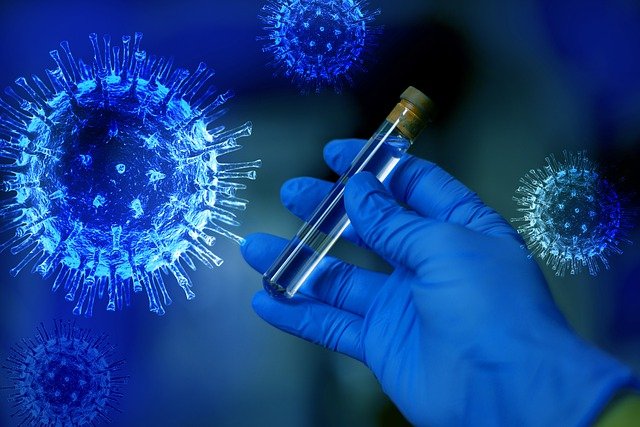 AOC is right: They are concentration camps