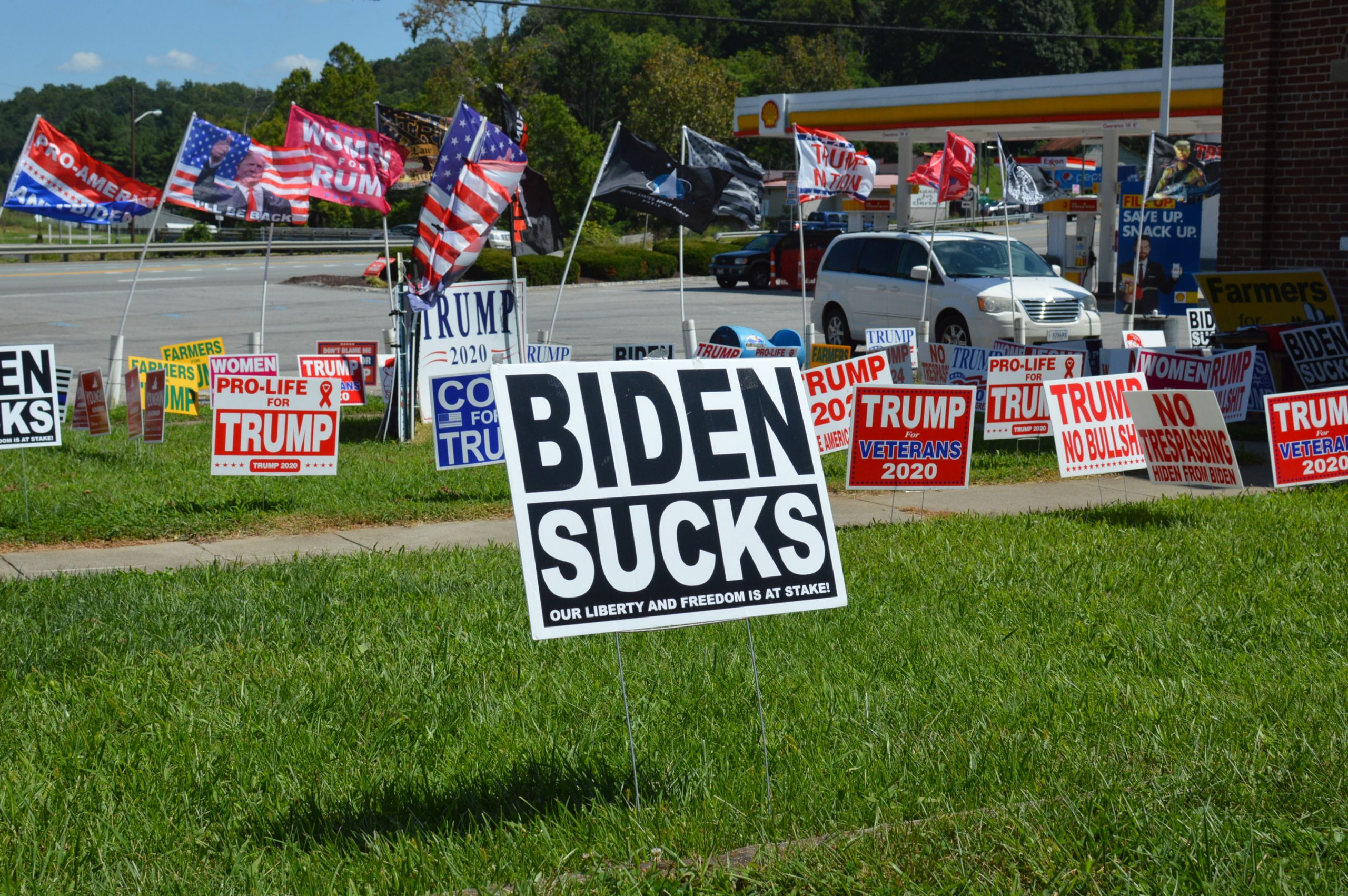 Boones Mill, Virginia – If President Biden would like to point to one tangible economic achievement of his evolving administration, he need look no further than a converted old church in south-western Virginia. There, largely thanks to Biden’s actions and agenda, a steady parade of patriotic patrons enter the inner sanctum to cast verifiable votes – in dollars and sense – for the once and possibly future president – Donald J. Trump.

It should come as no surprise that, with Joe Biden in office, business is booming at the Trump Store. But for Trump Store owner Whitey Taylor, the reasons for the boom are a decidedly mixed bag.

Prior to last fall’s election, Taylor was almost as ubiquitous at Trump rallies as the red MAGA baseball caps he sells.

“I’ve been all around the country – 35 states and 57 rallies – and I’ve been stopped for speeding fourteen times,” said Taylor. “The police knew who I was and what I was doing. I mean, I’ve got a three foot tall Trump banner on the back of one of my vehicles.”

What kind of reaction did Taylor get from the police?

“It was very encouraging. They’d say, ‘Get out there and make America Great, boy, but slow your ass down when you come through my town.’”

Taylor said he’s been selling Pro Second Amendment merchandise and an assortment of sometimes salty Trump campaign signs, bumper stickers, hats, flags, t-shirts and souvenirs for five years – not only from his mobile enterprise, but also from brick and mortar locations.

“It’s become a destination. Every person that lives within 100 miles of this place, if they have company, they bring them here to the Trump Store. We get folks from all up and down the east coast, and overseas – Ukraine, Israel – we’ve had them from everywhere.

“The foreign visitors like the store, and they all want to know what Trump’s gonna do. ‘What’s going to happen?’ They just hear all this rhetoric; they don’t understand how he lost. Now nobody does.”

There’s no missing Trump Town as one motors along US highway 220 through rural Virginia. Several huge, hand-painted signs were what initially got this reporter’s attention.

The store (appropriately enough) occupies a red brick, Coolidge-era church building just off 220 on Bethlehem Rd., next door to a bustling Shell gasoline station. Lawn signs and flags circle the entrance of the 10,000 square-foot space. A sixteen-foot-tall “thumbs up” cut-out of Donald Trump presides over all the activity.

“I bought this building here in Boones Mill in September last year. We did really well before the election. After the election, business dropped off, but we’re still doing really good. We’re busy all the time. I’ve also got a store in Uniontown, PA, and I’m looking at opening up a store in Raleigh.”

“Look it up on ESPN. We don’t guarantee you’ll see a race, but we guarantee at least three good fights, so people get their money’s worth.”

Does Taylor credit Biden for the steady foot traffic at the Trump Store?

“Yeah, every time Biden says something, business picks up. People can tell how damn dumb he is.

“Look, this is not Democrats versus Republicans. It’s good versus evil, that’s all this mess is. Those (Biden) people are bent on taking this country down. It’s just evil.”

Has Taylor ever met the former president?

“Some of the (hostile) people I’ve met are not necessarily Biden supporters – they just don’t like what I’m doing for Trump. I’ll send them down the road packing. But people who voted for Biden and don’t like what he’s doing? Yeah, we’ve had a few of those stop by, but most people would be ashamed to tell you they voted for him. It takes real brass for a person to admit that they voted for Biden or Obama.”

What – in Taylor’s estimation – is the worst thing Biden has done thus far?

And what does Taylor consider Trump’s greatest achievement?

“He lived up to his word. He said what he was going to do, and he did it and then some. And so, yeah, for the veterans and for everybody.”

Does Taylor think Trump is going to run again.

“Definitely. But they gotta get voter ID’s.

If the polls are to be believed, there is little question that Joe Biden’s star is fading fast. And with each new divisive decision and draconian dictum by the current Commander in Chief, people the world over are saying they’d prefer the prickly tweets of Donald J. Trump.

“I met a guy in Latrobe, Pennsylvania, just before the election, and he told me that there were 10,000 rallies for Trump happening somewhere in America at that time. I thought, ‘Yeah, right.’ Well, I came home, and there was eight happening right around here, so I’ve got to believe what that guy told me. And he only told me about the ones on Monday through Thursday nights. He didn’t tell me about the weekends.”

Would Taylor take his sign and souvenir business back on the road for Trump 2024?

“Only if they (rally organizers) ask me.

“You know, the other day, I had a couple from New York stop in. They had passed us going south and talked about making a side trip here on their way back from Florida. Heading up I-95, the husband was having second thoughts, and said, ‘We’re not going to get off 95 this year.’ His wife said, ‘Oh hell no! We’re going back by that Trump store and I mean now!’” 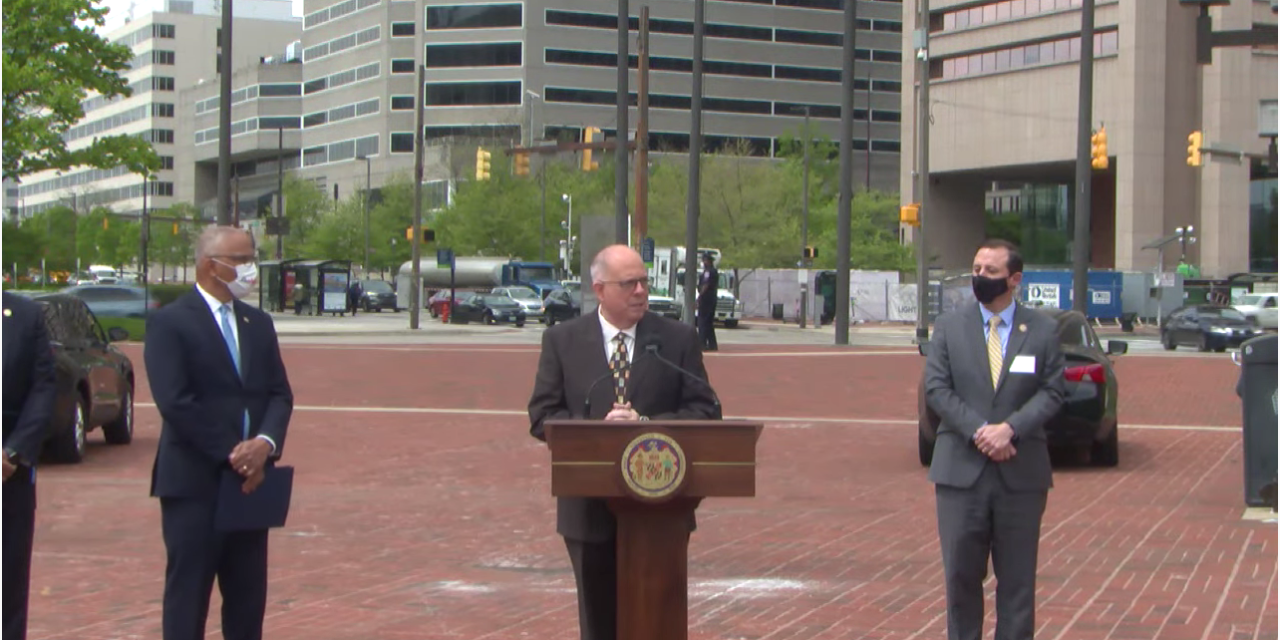 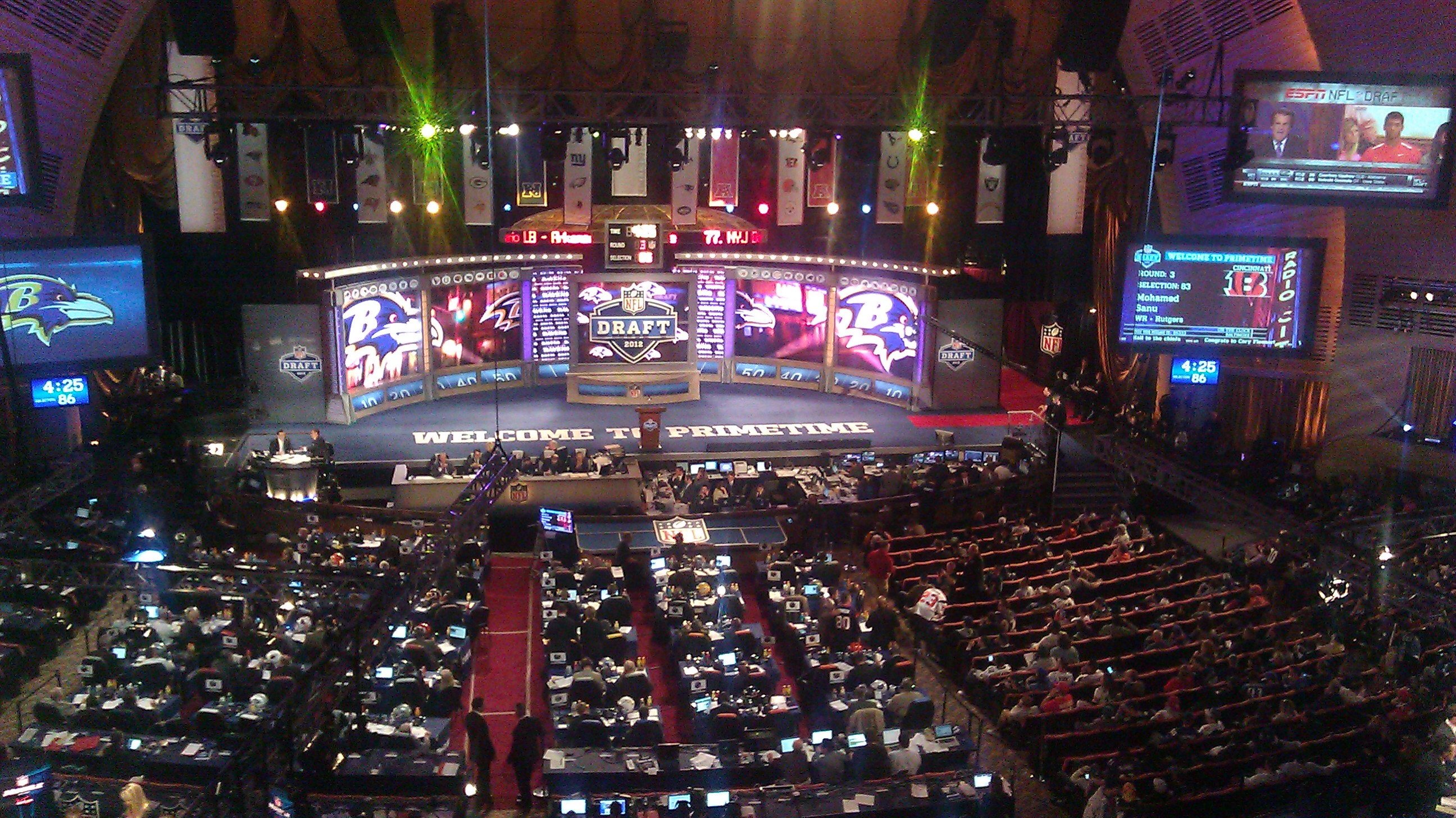