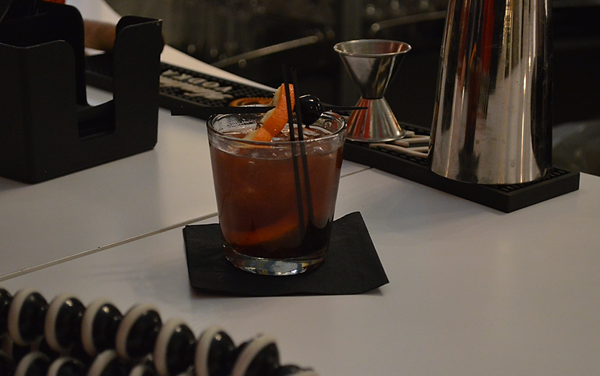 Shelley Vavoom and I were invited to visit the LB Speakeasy in the Lord Baltimore Hotel on New Year’s Eve for a tour and cocktail tasting. I was a tad apprehensive about going out on NYE, since I’m not a big fan of dealing with amateur twice-a-year drunks (I don’t go out on St. Patty’s Day, either), waiting forever for a drink, and paying Surge pricing Uber/Lyft rates. But… free drinks! So we compromised and went early in the evening, and then headed back home to watch the ball drop. I’m old. Get off my lawn!

The LB Speakeasy distinguishes itself from any other modern speakeasy I’ve visited by actually having been a real speakeasy in the 1920s! So this isn’t just a themed bar; it’s authentic, and when you walk in you can just feel that old-timey vibe. Grab a drink from the French Kitchen’s bar next door, and then relax in the cozy, dark ambiance of the speakeasy lounge.

Speaking of the bar, it has a completely different drink menu than the LB Tavern in the hotel lobby. Whereas that bar serves relatively modern cocktails (we sampled some wonderful drinks there, too), the French Kitchen’s bar menu only contains Prohibition-era cocktails. You’re not going to find many brightly colored, super sweet drinks here; instead, you’re presented with a menu of authentic 1920s cocktails, most of which were probably served right in that very room back in its heyday. The highlights are the build-your-own Old Fashioned and Manhattan, where you get to choose what kind of whiskey, bitters, and garnish you want. We were treated to an incredible Old Fashioned with Bullet Rye, Baltimore bitters (with Old Bay spices!), orange, and maraschino cherry. I’m not a huge whiskey guy, mostly preferring gin-based cocktails, but I was really surprised by how much I liked this. There were two shots of whiskey in there, but it was still smooth, with a sweetness that wasn’t overpowering.

Honestly, you could make a whole night out of eating and bar-hopping at the Lord Baltimore Hotel, especially in the warmer months when their Skybar (a rooftop bar) is open. Grab a pre-dinner drink at the LB Tavern, amble across the lobby for a fancy dinner at The French Kitchen, sip another drink at the LB Skybar while watching the sun set from the 19th floor, and finish with dessert at the LB Bakery and a classic cocktail in the LB Speakeasy. All of that plus a reservation in one of their 440 luxury rooms would make for a pretty kickass staycation! 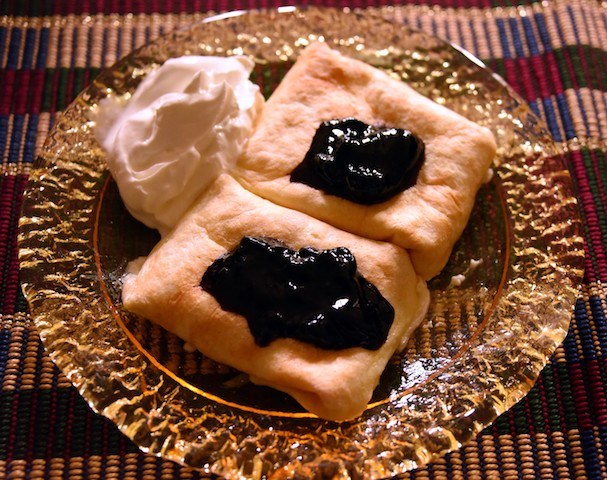 Blintze: A family tradition worth making