A bill is moving through the Maryland General Assembly that would retire our official State song, “Maryland, My Maryland,” and reestablish it as “the Historical State song”.  If SB790 becomes law, Maryland will be without an official State song. The problem is that most people aren’t happy with SB790.

Let’s stipulate that many Marylanders don’t know very much about the State anthem, other than part of it is performed at the Preakness every year. I also think it is safe to say that most people don’t have a problem with the song’s “Maryland, my Maryland” refrain and the melody.

We can also stipulate that most reasonable people understand why the mostly dreadful lyrics of the tune are viewed as offensive to a lot of their fellow citizens, especially African-Americans, once the song’s history is explained to them. 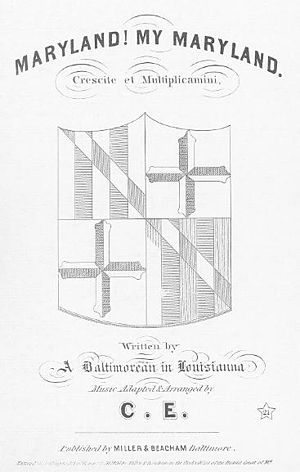 The words to “Maryland, My Maryland” were written at the beginning of the Civil War, 1861, as a poem, by a Baltimorean who wanted Maryland to leave the Union and join the Confederacy.  The verse was put to the music of “Lauriger Horatius,” which is also the melody of the Christmas favorite, “O Tannenbaum,” and it quickly became popular in the South.  It became the official State song of Maryland in 1939, at a time when African-Americans were beginning to see slight civil rights advances and when many white Southerners were having pangs of nostalgia for what was being branded as “the Lost Cause”.  The ode has always been controversial.  There have been many efforts to revise the song’s lyrics or replace the tune altogether over the years, but all attempts have failed.

Of course, there are a few cranks who want to keep the pro-Confederate lyrics intact entirely; and others who think that even the pleasant melodic air must be jettisoned along with the hateful sentiments, for nothing about the shameful song must remain.  These groups are the extremes, of course, but the extremes are winning the argument.

The neo-Confederates will love that the song is being preserved as “the Historical State song” while the anti-Randall crowd will be joyful that the ballad will be cast out once and for all to wherever it is that banned literature and disfavored works of art go.

But what about the regular guy or gal who likes singing the catchy “Maryland, My Maryland” part of the song and who get teary-eyed when they hear that old familiar melody wafting through the infield at Pimlico Race Course every third Saturday in May? Must they be grouped with the racist alt-right crowd and mocked for having sappy sentiments for such an old-fashioned and outdated Maryland tradition?

“Maryland, My Maryland” is a fantastic title for our State song and “Lauriger Horatius” is a tried and true melody.  We just need new lyrics to go with the music.  I think most reasonable people would be happy with that as a solution.  But that is not the direction the Maryland General Assembly is moving in.  It looks like it will be all or nothing at all for “Maryland, My Maryland”.  Either it goes into the State Archives as “the Historical State song” or it remains the official State song for perhaps a very long time. There can be no compromise on this – according to the extremists.

And remember, if the lyrics go, the music goes too.  Maryland Code states that the Maryland State song is titled “Maryland, My Maryland,” and it consists of the words by Randall and the music of “Lauriger Horatius.”

There are some who are under the impression that if SB790 becomes law we will still have the melody to play as our official State song.  That is not true.  When SB790 retires our current State song, that means the title, the lyrics, and the melody go out to pasture.

And that’s the problem with SB790.  The State song haters aren’t even leaving us with the bare bones instrumental track as our official State song to be played at official or ceremonial functions. Even the beloved title, Maryland, My Maryland, must be forever banished from our memories.

I don’t think most people are onboard with that.

But there is a solution.  The Maryland General Assembly could amend SB790 so the song’s lyrics are replaced with more suitable words about our great and lovely state. Or, if that is a task just too high to climb, then the next logical solution the legislators could apply would be to strip Randall’s lyrics of there official status but keep the melody of “Lauriger Horatius” as our State song, and the title of the State song “Maryland, My Maryland.”

This will accomplish two things – it will get rid of the pro-Confederate lament by Randall and it will establish, once and for all, that the State song of Maryland will always be called “Maryland, My Maryland,” and it will be to the tune of ” Lauriger Horatius,” with, or without words.

The despot’s heel is on thy shore,
Maryland
His torch is at thy temple door,
Maryland!
Avenge the patriotic gore
That flecked the streets of Baltimore,
And be the battle queen of yore,
Maryland! My Maryland!

II
Hark to an exiled son’s appeal,
Maryland!
My mother State! to thee I kneel,
Maryland!
For life and death, for woe and weal,
Thy peerless chivalry reveal,
And gird thy beauteous limbs with steel,
Maryland! My Maryland!

III
Thou wilt not cower in the dust,
Maryland!
Thy beaming sword shall never rust,
Maryland!
Remember Carroll’s sacred trust,
Remember Howard’s warlike thrust,—
And all thy slumberers with the just,
Maryland! My Maryland!

IV
Come! ’tis the red dawn of the day,
Maryland!
Come with thy panoplied array,
Maryland!
With Ringgold’s spirit for the fray,
With Watson’s blood at Monterey,
With fearless Lowe and dashing May,
Maryland! My Maryland!

VI
Dear Mother! burst the tyrant’s chain,
Maryland!
Virginia should not call in vain,
Maryland!
She meets her sisters on the plain—
“Sic semper!” ’tis the proud refrain
That baffles minions back amain,
Maryland! My Maryland!

VII
I see the blush upon thy cheek,
Maryland!
For thou wast ever bravely meek,
Maryland!
But lo! there surges forth a shriek,
From hill to hill, from creek to creek—
Potomac calls to Chesapeake,
Maryland! My Maryland!

IX
I hear the distant thunder-hum,
Maryland!
The Old Line’s bugle, fife, and drum,
Maryland!
She is not dead, nor deaf, nor dumb—
Huzza! she spurns the Northern scum!
She breathes! she burns! she’ll come! she’ll come! 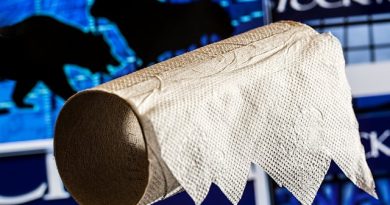 Who Do You Blame for the Poor Economy?