What better way to learn what the future holds for the world of apps than looking at today’s heavy-hitters?

With 2018’s most-downloaded iPhone apps out in the open, there’s a lot that developers, marketers and consumers alike can take away from the list.

So, what are the major takeaways? Here are seven lessons we learned from Apple’s top apps last year.

Although the numbers on total app downloads are compiled for 2018, the notion that “apps are dead” couldn’t be much further from the truth.

If anything, the marketplace is booming with creativity and competition which spells great news for mobile-savvy businesses. Billions of smartphones and hundreds of billions of app downloads later, we’ve entered an era where consumers are relying on apps for commerce, transportation and beyond

Just as businesses are growing rapidly with the help of apps, the average consumer benefits from the ingenuity of developers. Rather than apps being seen as a potential trend, they’ve become staples of our day-to-day lives.

It’s no surprise that many of the most downloaded apps represent social networks and messengers.

Considering that we spend half of our days engaged with media in some way, shape or form, 2018’s list confirms what we already know: people are glued to social media.

That is, they’re lean, employ push notifications to constantly reel us back in and have seamless UX. These principles can and should be applied to just about any app.

…But the Social Landscape is Changing

While most of the major social networks were grouped together on the most-downloaded list, take note that Twitter has dropped down to number 20.

The controversial state of Twitter speaks for itself and perhaps contributes to why the platform has fallen for grace. Although Facebook has had its own set of challenges in the form of user data and privacy, Twitter’s reputation for arguments and controversial content hasn’t done much for its brand in recent years.

Perhaps what’s most interesting is Snapchat’s third-place spot. Many critics figured that Snapchat was DOA given the popularity of Instagram stories and likewise Instagram’s now one-billion active users. That obviously isn’t the case.

This again speaks to the domination of visual content and video in particular. Given that YouTube is now the second-most visited site thanks to recently passing Facebook, it’s crystal clear that the prediction of video traffic taking over the web is coming true.

Although Instagram and Snapchat aren’t video-based per se, the popular, “story”-based content puts the power of bite-sized, short-form video on display. It’ll be fascinating to see if YouTube retains its top spot and its desktop user-base continues to grow rapidly as well.

With the popularity of Pokemon Go and VR headsets, you think that there might be more room for AR and VR apps, right?

Although Snapchat and Instagram filters scratch the surface of these technologies, their real-world applications still remain to be seen in the mainstream.

Apps such as Wish, Uber and the Cash App all signal the potential of “real-world” apps that take us beyond the likes of social media. The popularity of mobile banking and ridesharing in particular highlights just how universal apps have become for essential, day-to-day tasks.

Rather than hoping to develop the next Facebook, devs should also continue focusing on practical problems and solutions for the masses.

Freemium Seems to be the Way to Go

Another notable common thread between nearly all of these apps is that they’re free to download. While some premium paid features are available, the fact remains that having a low barrier to entry is a no-brainer for encouraging more downloads. In-app purchases and ads will continue to drive popular apps rather than expecting payment upfront.

There’s always the possibility of the “next big thing” disrupting this entire list in the very near future. That said, it’ll be fascinating to see what these top players in the mobile world do to retain their spots and likewise who will rise through the ranks in 2019. 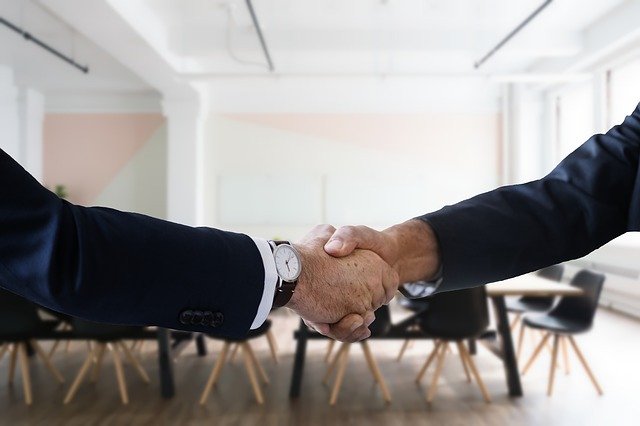 How to Secure Top Talent for Your Business

5 Tips on How to Make Your Airbnb Home Eco-Friendly