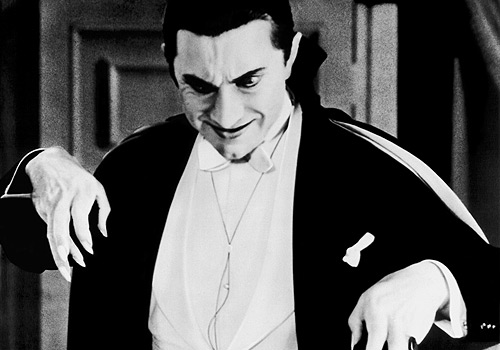 I was into vampires before it was cool to say you were into vampires. I’m a vampire hipster’s hipster. I loved the original Dracula classics and always found something both terrifying about that type of character.

Maybe it’s the fact that I’m a skinny, pale guy with very little muscles. If I was a vampire I’d look the same but I could also live forever and fly and stuff. Or maybe it was the cape and the whole schtick. Whatever it was, it fascinated me. 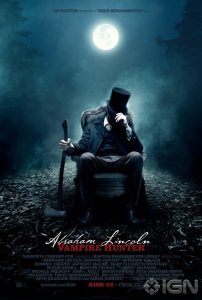 So it’s a shame that the entire genre has become synonymous with black nail polish and over-excited tweens.

But there has to be something inherently great about the genre. It’s been around as we know it for a long time; and even longer before that in the form of legends, tall tales and bedtime morality tales.

And with so much talk about the new Abe Lincoln vampire movie,  I thought I’d give you a run down of vampire movies that make the suck-in-a-good-way list. 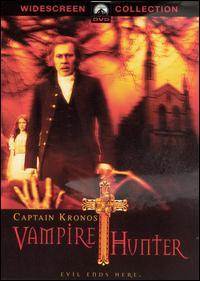 I’d be incredibly shocked and pleased  if anyone reading this has seen this film. As a teen I was blown away by its non-campy tone and gritty plotline. When I got older I realized that it was films like this that kept the genre alive.

There was a film company called Hammer back then which was known for its cheap horror films that often had surprisingly good acting and stories. Many of them starred such actors as Christopher Lee (The Lord of the Rings, Star Wars Episode II) and featured plots with intense characters and sad endings. I guess the fact that they were B movies gave them more of a license content-wise.

Where genres like the Western flourished for a long time and then fizzled, the vampire genre has only gotten stronger. Fans today owe a debt of gratitude to films like this, which kept the stories fresh and in the public eye.

The usual plot: a man with a personal vendetta against vampires hunts them. But the effects of the vampire scourge in this film are a little more cerebral. Instead of killing, the vampiric villain is draining the local women of their youth to stay alive. Does this make him more sympathetic or more evil? Wouldn’t many pay any price for eternal youth?

It was also great that this particular villain was tough to kill. Depending on which mythos you’re referring to, vampires can be either really difficult or really easy to kill. The vampires on the TV show Supernatural are incredibly difficult to kill. Buffy the Vampire Slayer vampires might not survive a trip through a poorly organized tool shed.

Making the villain tough to kill also makes for a more grounded film that involves more sparse action scenes. Of course, the real reason may be that they couldn’t afford the effects necessary to show a disintegrating vampire. Whatever the reason, it works.

So if you’re a true fan of vampire films and would like an unusually dark and well-plotted one (which also happens to be available on Instant Watch on Netflix) then check this one out. It’s an overlooked influence on one of today’s most prevalent genres and one of the first minimalist adventure films that believes in the notion of smaller and more personal fight scenes. 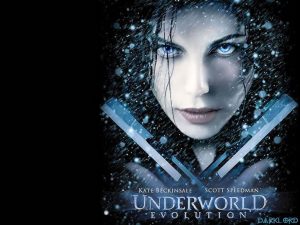 Speaking of low budget minimalist adventure films: Check this one out. I initially watched this film only because it came out at a time when not much else was out and because Kate Beckinsale (Van Helsing, The Aviator) was hot. One of my favorite things in film-watching is expecting nothing and then being very pleasantly surprised and that’s what happened here.

Before several TV shows did it and a certain popular series of films made it mainstream, this film was all about a war between vampires and werewolves. Because they didn’t just make a movie that says: “wouldn’t it be cool if these two things fought each other?” They made an action film that also functions as a racism narrative with some moral grey area about the hazards of war thrown in for good measure.

Whereas the sequels descend into lots of fantasy jargon, some ret-conning, and increasingly gratuitous violence that becomes goofy … this first film is truly great. It brought vampires into the real world for the first time. Gone are the days of transforming into bats and being invisible in a mirror.

Instead the writers and director treated the mythical creatures as though they could exist. It sounds ridiculous but given the prevalence of steroids, strange medical conditions, and conspiracies in today’s media, is it so hard to believe that there might be a secret group of beings with super strength and aversion to sunlight.

Well, yes. But you wouldn’t think so when you’re watching it. They sell it 100 percent and engross you in the world they’ve created, all while weaving a compelling revenge plot that features some compelling action scenes as well. The sequels might have tainted the franchise a bit, but the original remains a must-see for all fantasy/action fans. 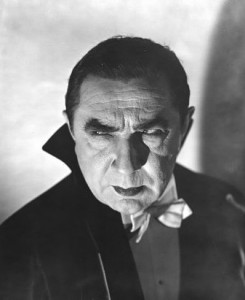 No list about vampires could leave out the seminal classic that started it all. Featuring schlocky movie god Bela Lugosi (Plan 9 from Outer Space, a million other Dracula movies) in the title role, this was considered a horrifying film at the time. Because most of the terror took place in the viewer’s mind.

My predominant issue with most horror films is that though the gore can be disturbing, you know it’s fake. If all you’re relying on is a lot of blood and unnecessary violence, then you have the filmmaking prowess of a kid with an etch-a-sketch.

Most of the acting is hokey in today’s world (due both to an onslaught of cultural spoofs and the fact that audiences were calibrated differently back then: to what we would see as “over-acting” that was common in stage plays) but still a number of horrific things  happen off-screen. Anything that happens off-screen is as terrifying as your mind allows it to be.

For 1931, they got away with some intense stuff. Audiences were both fainting and fawning over the Count. He was unrepentantly evil, but he was also suave. His wardrobe was slick and though he spoke like an unusually articulate corpse, his mannerisms and tone were enticing. They made audiences believe that intelligent characters in a movie could be fooled by a man they should’ve realized was a monster.

I can truly say that without this film, the genre would not exist, or at least not be as pervasive throughout our culture as it is. The notion of the sexy vampire, hammy as it may appear to a 2012 audience, started here. With an open mind, today’s viewer should enjoy the haunting story and the taut plotting. 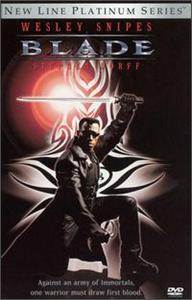 Well, me being me, of course a comic book hero is on the list. Though I was interested in vampire-related things from childhood, this movie was the first one that really caught my attention. I used to watch it every week.

For about 4 weeks, but still.

In addition to ushering in today’s age of comic book movies, this film also ushered in the modern anti-hero. Because as good as it is to be ridding the world of blood-sucking killers, one has to wonder about the psyche of a man who spends his nights slicing off heads, lighting people on fire and then smiling about it.

Blade is half man and half vampire. “All of their strengths, none of their weaknesses” is what the tagline reads. Played to steely eyed perfection by Wesley Snipes (Passenger 57, Demolition Man), the character doesn’t live up to the action hero cliché of being “just as bad as the people he hunts.” He’s worse.

Because the moral query is raised in the film: are creatures acting solely on instinct truly evil? If you need to drink blood to survive and your condition removes your inhibitions, you’re more of a rabid dog than a serial killer.

Blade, on the other hand, enjoys the hunt. He curbs his blood lust for actually drinking blood by taking a special serum but as I said he also spends all of his time killing people. Or, what used to be people. And the audience cheers him on because he’s hunting “monsters.”

Thankfully, not everyone has to be so introspective when watching it. You can just watch it and enjoy the fight scenes (which are unusually excellent as Wesley Snipes did most of his own fighting). Or you can enjoy the classic action movie quips and moments of badassery. Or you can take it to the level I do (I went so far as to call him a Christ character once). Either way, it’s an important film for many genres that are big today. Thus making it essential viewing for all sorts of fans. 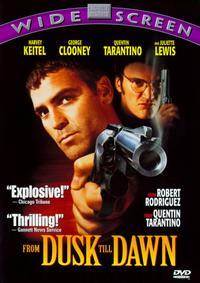 Once again, me being me, Quentin Tarantino (Pulp Fiction, Inglourious Basterds) had to make an appearance, too. The visionary director “only” wrote this little gem, but it was directed by his buddy and frequent collaborator Robert Rodriguez (Sin City, Once Upon a Time in Mexico).

The great thing about this vampire movie is that for the first hour it’s an offbeat crime caper. If you didn’t read the DVD case or Netflix sleeve, you’d just think it was classic Tarantino fare about criminals being both horrific and entertaining. Then they enter a bar at night and it turns into a love letter to B horror film schlockfests.

Though the film is largely for entertainment value there are also some interesting thoughts that are raised. There usually are in most movies, if you’re willing to look. We spend the first hour with criminals that we’ve learned to hate. Well, as much as you can hate George Clooney anyway.

The two criminals, played by Clooney (Michael Clayton, O Brother Where Art Thou?) and Tarantino himself, kidnap a soul-searching priest played by Harvey Keitel (Reservoir Dogs, The Last Temptation of Christ) and his family. We watch as they kill and torture people for no reason and we’re waiting for their recompense.

Then we find a whole lot of undead menaces.

At this point, the criminals become heroes. Being merchants of death comes in handy when fighting an army of monsters. It reminds us of the fragile and twisted morality of tales that involve the supernatural. The rules are always different.

There are also a lot of cool/ridiculous scenes involving shooting holy water out of Super Soakers and forming a cross with a shotgun while shooting the shotgun.

So if you love vampires, dark comedy, intelligent dialogue, or ridiculous-on-purpose fight scenes: you’ll love it.

I bet you didn’t know there were so many different kinds of films within the vampire genre. Whatever your other interests, I guarantee there’s at least one that will interest you. It’s not all moody looks and sparkling in the sun. 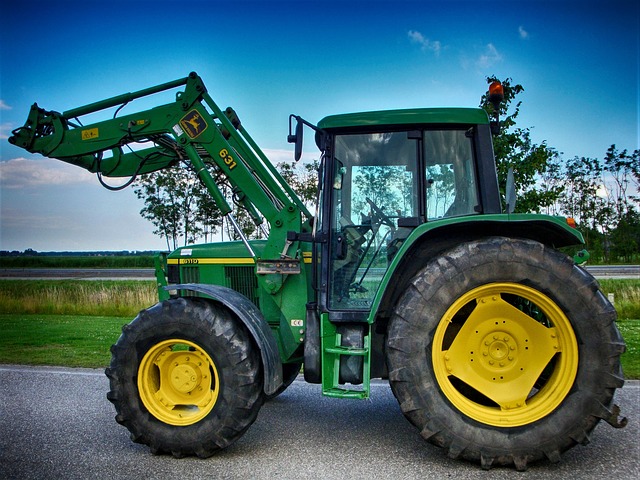 Net Censorship: All the pieces are falling into place

Playwright Mark Redfield on ‘Rabid Dreams of the Master Race’