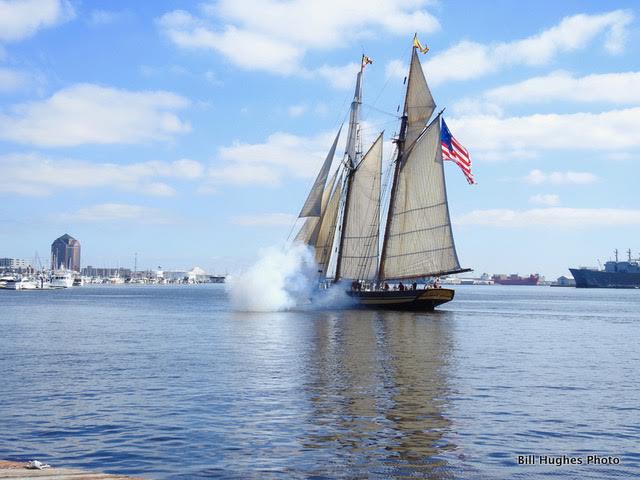 Under full sail, on early Thursday afternoon the Pride of Baltimore II made its way back to its home port in Baltimore’s harbor. It passed Fort McHenry around 12:30 p.m. with welcoming cannon fire from artillery units.

The Pride II had been away for over four months on an 8,000-mile trip that took it to many of the ports in the Great Lakes area. Also while there, it competed successfully in some of the sailing events. The Pride II can travel about “62 nautical miles a day.”

After leaving the Great Lakes, the Pride II took the St. Lawrence Seaway to the port of Halifax, Nova Scotia. It then set sail south along the East Coast of the U.S. heading down to Baltimore, via Delaware Bay and the Chesapeake & Delaware Canal.

It was escorted into Baltimore’s Inner Harbor by a city fire boat, with water hoses fully engaged, and a Moran Company tug boat. The Pride II later docked, with her cannons blasting, about 2 pm, at the historic Broadway Pier in Fells Point.

The Pride II’s sails are currently down. And, its crew has the gang plank prepared to welcome visitors at the Broadway Pier over the weekend.

To learn more about the Pride II’s itinerary, and the festivities planned for it, go to: https://www.facebook.com/prideII/?fref=ts

How You Can Find The Best Broker For Your Business Insurance 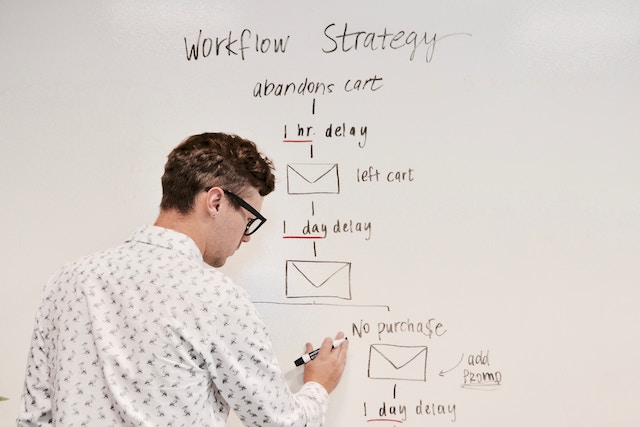