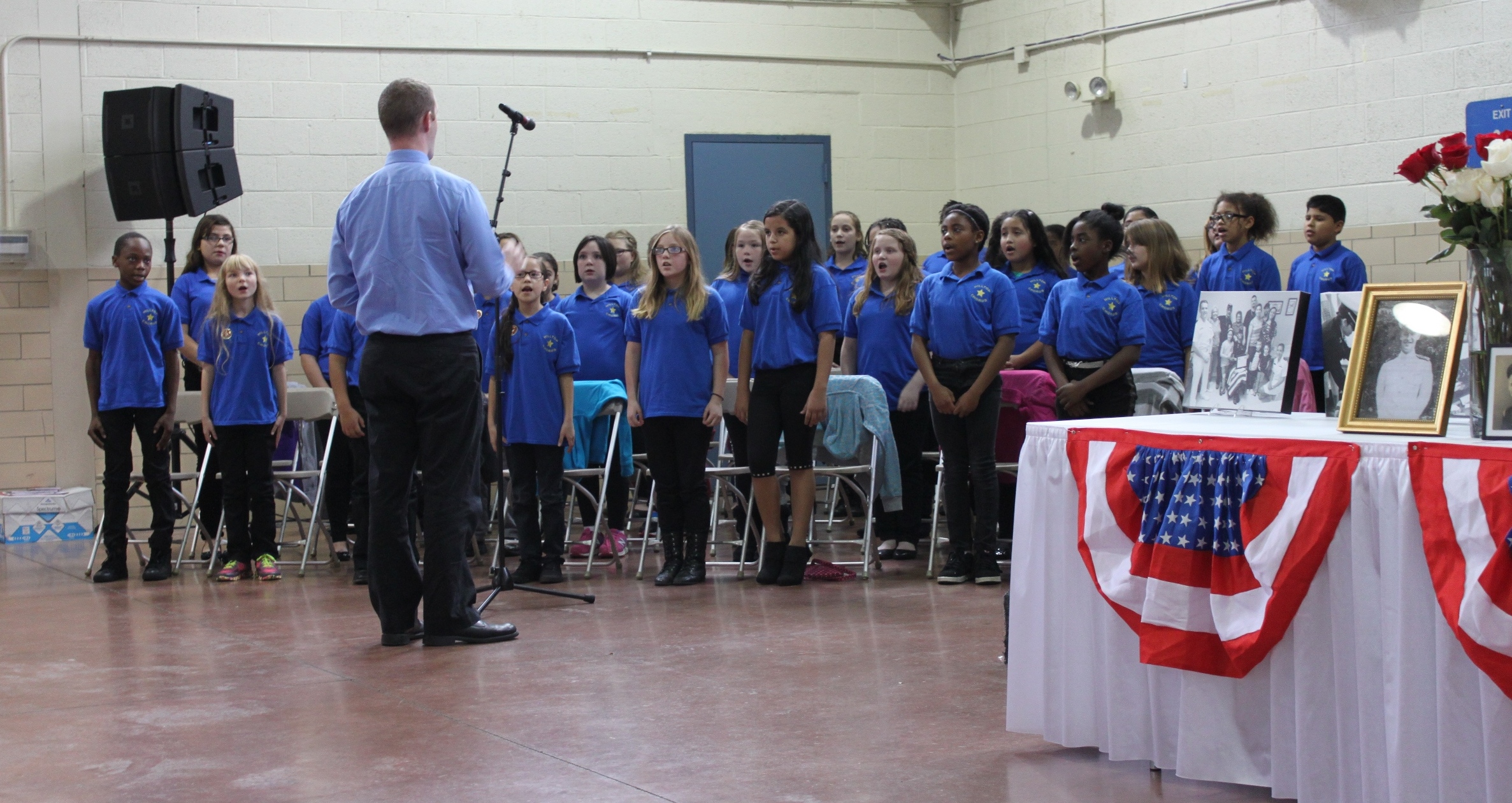 (ANNAPOLIS, MD, NOV. 11, 2015) Hospice of the Chesapeake’s We Honor Veterans Committee hosted Veterans Day 2015, honoring those who served and are serving in the Armed Forces Wednesday morning, Nov. 11 at the Maryland National Guard Armory in Annapolis.

Musical performances were offered by the Perpetual Glory Gospel Choir and the fifth-grade chorus from Hilltop Elementary School.

The master of ceremonies was Naval Academy Midshipman Matt Robbins.