Part of the US Lacrosse display at this week’s convention (T. Flynn)

Baltimore – The 2015 US Lacrosse Convention concluded Sunday after several days of exhibits, displays and demonstrations. The material covered and instruction offered is too extensive for a single article but suffice to say it was significant. I had the opportunity to welcome in guests while volunteering for US Lacrosse, and assisted several from as far distant as Japan, as well as many from across the country. It was great to see the enthusiasm they were bringing to the event, despite long flights and weather reminiscent of an Irish winter: raw, cold, and the sun making only cameos, if at all.

Turning to the Emerald Isle, a level below the registration desk I visited Ireland Lacrosse at their Ireland Lacrosse Foundation booth and met members of the women’s team, as well as several other Foundation coaches/administrators. The women’s next major event will be held in Prague later this year; unconfirmed, but they may be making a go at the Prague Cup, which appears to have Czech teams and a growing ensemble of international competitors. I’ll update the comments section once I confirm.Michael Kennedy was here from Ireland, and has had a pivotal role in developing a feeder structure in Dublin to fill out the Irish roster. Former Cornell coach Richie Moran was also on hand with the Irish contingent.

The vendors I most enjoyed visiting included Boathouse Sports, a Philadelphia-based sports apparel firm that was founded in 1985 by Olympic rower John Strotbeck, and shows good community stewardship by manufacturing its apparel locally in Pennsylvania. I also met and spoke with the people at HeadWrapz who make very impressive designs/decals for augmenting helmets. I’m not generally a fan of slick helmets and uniforms, my inner-Vince Lombardi chafes at the idea, but the level of detail and craftsmanship in the design of the helmets was nothing short of amazing, and the company story was a great one. Started by a 14-year old,Grant Gravitt, now 19 and a freshman attackman for Denver.

The firm will be providing their helmets to the 2015 Notre Dame squad and fans of the Domers will certainly recognize and appreciate both the tradition and skillful design acumen that went into their production.

Several miles up the road from the HeadWrapz booth at the convention on Saturday, Johns Hopkins hosted a scrimmage against Denver at Homewood Field. The DU Pioneers are Inside Lacrosses‘s choice as the #1 team in the country heading into the season. Denver is led by former Princeton coach Bill Tierney, who coached the Tigers to four championships while at the helm there. He also spent the early days of his coaching career as an assistant at Hopkins.

Under a steady drizzle and in the pervading damp cold, the Blue Jays held their own with the score roughly tied at 6-6 at the half (during scrimmages the scoreboard typically only shows clock time). The Pioneers struggled at times defensively with the Blue Jays keeping steady pressure in the DU zone. Denver competes in the Big East while Hopkins will become part of the inaugural class of the newly-formed Big-10 lacrosse conference in 2015. 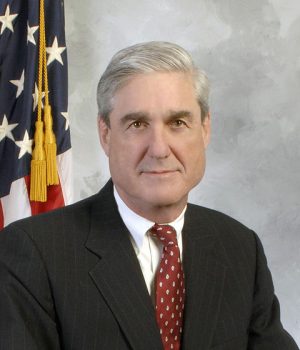 Mueller report: Trump was horrified after being informed of special counsel appointment