Trump’s speech was incredibly dark, as if he was channeling Bruce Wayne-Batman saving Gotham City from the marauding hordes of criminals. Wish that was my description, but I got that from GOP campaign expert Mike Murphy who called Trump the billionaire vigilante.

The businessman told the world, “We will honor the American people with the truth and nothing else. I will present the facts, plainly and honestly.” Well, not really. It was more of the same Trump we’ve come to know since he announced his campaign. 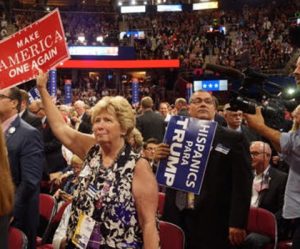 In his best Mussolini-like posture, Donald Trump laid out his vision for the future — and if Hillary wins it will be curtains for the U.S. of A.

Trump said — like Rickard Nixon in 1968 — he was going to be the “Law and Order President.”

Trump’s criminals being primarily inner city residents and immigrants. You know, non-white people. And let’s not forget radical Islamist terrorists. Or whatever the term is Republicans want Hillary Clinton and President Obama to use.

What is the GOP expecting will happen if the president uses the words “radical Islamic terrorism”? Somehow the terrorists are going to get frightened and stop committing their acts of barbarism? No Republican has ever adequately explained what would happen if President Obama, Hillary Clinton and a host of other liberals and progressives used those words. Besides insulting 1.6 billion people around the world.

Back to Trump’s soliloquy. It was red-faced anger from beginning to end, with a few moments of light-hearted introspection. He had the support of the evangelicals, but he wasn’t sure he deserved it. You know he has multiple wives and cheated on at least two of them. His affair with Marla Maples/Trump was quite the gossip paper fodder back in the day.

Yet earlier in the evening Jerry Falwell, Jr. gave a heartfelt speech about why Donald Trump was one of them, the “them” being evangelicals. Falwell started by reminding the delegates — who were barely paying attention — that his father stood at the Republican National Convention in 1984 saying a prayer and that Ronald Reagan then gave his acceptance speech and won a second term by a landslide. The mention of Reagan caught the audience’s attention, if only briefly.

Falwell then said he stood there, on that dais at Quicken Loans Arena just a few hours before Donald Trump was to speak and history was going to repeat itself.

If Jerry Falwell, Jr., president of Liberty University, says Donald J. Trump is another Ronald Reagan, who are they to disagree? That might not be a lie, per se, if he believes it. But he did follow with a lie when he told the audience, “Most of our founders had faith, as I do, in our lord and savior Jesus Christ.” That’s really not true. He inferred Thomas Jefferson was a Christian … no he wasn’t.

The next lie Falwell told was that Trump would follow in the rich tradition of citizen legislators who were successful in the private sector before getting into government — like Ronald Reagan. The United States has this rich history (according to Falwell) of the best governance coming from these citizen legislators, when in reality, at least in the modern era, our legislators have primarily been career politicians. People who have devoted their lives to public service.

Makes you wonder how many of the Republican career politicians took notice of that little jab.

Falwell called Trump one of the greatest visionaries of our time … really? Well, he did run a beauty pageant in Russia and fired a lot of people on The Apprentice.

Falwell said other universities have become Democratic Party indoctrination camps. Falwell was railing against the law that prohibits religious and other non-profit groups from expressing political views. The irony, or hypocrisy, being that the conservative Christian, Jerry Falwell, Jr. was at the Republican National Convention delivering a very political speech.

If Hillary Clinton is allowed to appoint the next few justices to the Supreme Court, that would be “a fatal blow to our republic.”

One thing about Falwell’s speech: he didn’t get into the hatred and vitriol we saw from other speakers. The closest he got was telling an anecdote about his father, who passed away in 2007. The elder Falwell said he had a dream he was interviewed by Chelsea Clinton who asked what the three biggest threats to America were. Old Jerry’s reply: “Osama, Obama and yo’ Mama.” The crowd loved that one.

Reince Preibus, the chairman of the Republican Party, spoke. He claimed, once again, the GOP was the party of new ideas. Really? You’ve been singing the tax cuts and cut social programs tune for 35 years. What new idea have you come up with lately?

He did get one thing right though: the Republican Party is the party of the grassroots — or at least the AstroTurf. And that is why they have Donald J. Trump as their presidential candidate.

Donald Trump: the Republican nominee for president. Think about that.

He gave the longest, darkest, angriest acceptance speech in the modern era of political conventions. He lied about crime being on the rise — it is actually going down — and laid the blame at the feet of President Obama. He claimed that the number of police officers killed in the line of duty has increased 50 %. It has actually gone down, these latest high profile attacks not withstanding.

“Nearly 180,000 illegal immigrants with criminal records, ordered deported from our country, are tonight roaming free to threaten peaceful citizens.” That’s an unverifiable statement. He brought up the tragedy of Sarah Root. “One such border-crosser was released and made his way to Nebraska. There, he ended the life of an innocent young girl named Sarah Root. She was 21 years old, and was killed the day after graduating from college with a 4.0 Grade Point Average. Her killer was then released a second time, and he is now a fugitive from the law.”

And that example should tell you everything you need to know about undocumented immigrants.

Donald J. Trump was so angry, so dark so presidential in the Richard Nixon sort of way, everyone got sick of him … no not really, the crowd in the Quicken Loans Arena loved it and him. Donald Trump the spectacle.

The most amazing take away from The Donald: he stayed on script for most of his incredibly long speech. One hour and 20 minutes. It was, according to the experts, the longest acceptance speech on record. Longer than Barack Obama, longer than even Bill Clinton and we all remember just how loquacious he was as president.

My not so sincere apologies to Adrian Belew and King Crimson, but it seems like he wrote those lyrics for just this moment. Of course you can say that about political talk, it’s all talk, until a politician like Barack Obama gets elected and tries to act on that talk. We have the Affordable Care Act, the U.S. auto industry was pulled from extinction. He followed through on Bush’s treaty with Iraq to pull U.S. troops out of that country by 2011. So it wasn’t just talk.

Back to The Donald’s speech. His message to his mostly white audience: be afraid. Be very, very afraid. It isn’t safe in the cities, criminal illegal immigrants are roaming free. The Democrats are making it easier for criminals, but if we elect Donald J. Trump president all that will change.

The New York Times was reporting that Trump was offering his V.P. choices the opportunity to manage all foreign and domestic affairs, if he were to be elected. According to the Times, a “… Kasich adviser (who spoke only under the condition that he not be named), [said] Donald Jr. wanted to make him an offer nonetheless: Did he have any interest in being the most powerful vice president in history?
When Kasich’s adviser asked how this would be the case, Donald Jr. explained that his father’s vice president would be in charge of domestic and foreign policy.
Then what, the adviser asked, would Trump be in charge of?
‘Making America great again,” was the casual reply.”

If you remember when Paul Manafort, Trump’s de facto campaign manager, did an interview with Howard Fineman of the Huffington Post. In it Manfort said, “He (Trump) needs an experienced person to do the part of the job he doesn’t want to do.  He sees himself more as the chairman of the board, than even the CEO, let alone the COO.”

In other words Donald Trump doesn’t want to do any of the work required of a president.

That is who the Republicans are putting up for president in this year’s election, November 8 — a guy who doesn’t want to do the work.

The two best jokes I heard during this convention: when Ted Cruz gave his speech former Speaker of the House John Boehner tweeted, “Lucifer is back.”

Tells us just how much Cruz is hated by his fellow Republicans. The other joke came from Bill Maher, who did three straight shows from the convention. He said, “It was so depressing Melania started plagiarizing a suicide note.”

Interestingly enough, on the same day that Donald Trump accepted the nomination for the Republican Party to be their presidential candidate, Roger Ailes “resigned” from Fox News after allegations of sexual harassment, first from Gretchen Carlson and then a host of others, including Megyn Kelly.

The man who designed and fueled the conservative Republican network is gone, temporarily replaced by Rupert Murdoch himself. That might be the biggest news of this election cycle. Especially if Bill O’Reilly and Sean Hannity follow through on their threats to quit if Ailes was forced out.

Now we wait to see how the Democrats respond.

Oh yeah, one last note: the popular Republican governor of Ohio (John Kasich) was not in attendance. Nor were a lot of other notable Republicans from Ohio, like former Speaker of the House John Boehner. Paul Manafort told the media the Trump Campaign wasn’t going to need Ohio to win the election. Well, good luck with that. 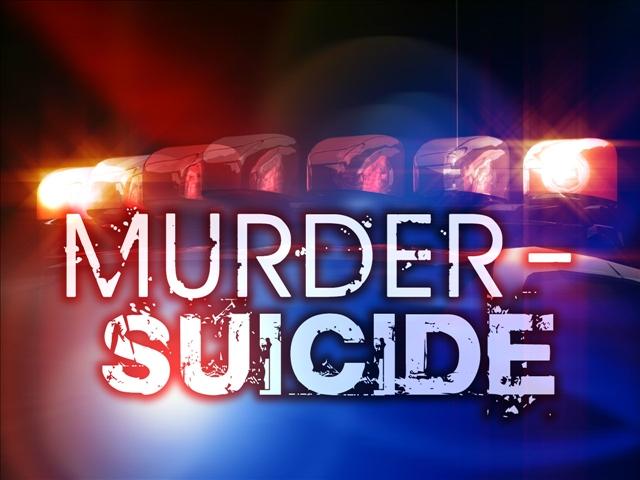 Was it a murder or suicide or two murders?