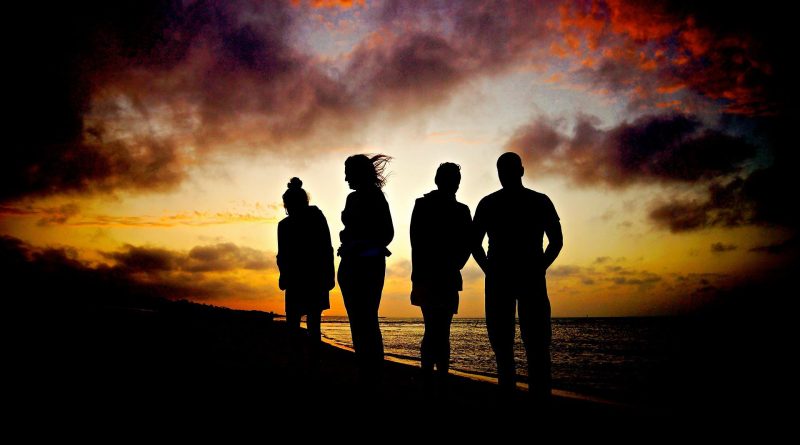 Image by Foundry Co from Pixabay

“But as the days of Noah were, so shall also the coming of the Son of man be.” – Jesus Christ as recorded in Matthew 24:37.

As Jesus continues talking, He explains that people are doing the ordinary things of life until the day Noah enters the ark. “For as in the days that were before the flood they were eating and drinking, marrying and giving in marriage, until the day that Noe entered into the ark, And knew not until the flood came, and took them all away; so shall also the coming of the Son of man be” (Matthew 24:38-39).

Therefore, the days preceding Noah’s flood will be the earth’s condition when the rapture (the removal of believers by Jesus Christ) comes.

So, what was it like in the days of Noah?

The Bible sums up the world’s condition in Noah’s day in one verse, Genesis 6:5. “And God saw that the wickedness of man was great in the earth, and that every imagination of the thoughts of his heart was only evil continually.”

The Bible does not explicitly say what people were doing, but the book does inform us how the world slipped into evil. It started with God’s people not taking their faith seriously. Genesis 6:1-2, “And it came to pass, when men began to multiply on the face of the earth, and daughters were born unto them. That the sons of God saw the daughters of men that they were fair; and they took them wives of all which they chose.”

What was happening here? Men of God were marrying women who were not godly and worshiped other gods. This action led to a lack of emphasis on God at home. The children and future generations slowly went from not taking God seriously to eventually having no thought of God and living evil lives.

In America today, if you sat down with high school students and asked them to write down the five most important characteristics of their future spouse, what would they say? How many out of one hundred would have “godly” on their list? How many would have it number one?

This thought begs another question, how many Christians take God seriously?

How many Christians go on vacation (not a trip to grandma’s house, but an actual trip to someplace like Hawaii, the Grand Canyon, Europe, Disneyworld, or another tourist trap) and go to church on Sunday? I am sure there are some out there, my family does, but I do not believe that the overall percentage is very high.

Many Christians today have tattoos of Jesus, a cross, a Bible, or other religious symbols. Yet, the Bible specifically tells us not to print on our bodies (Leviticus 19:28).

I will stop here because I know some people are thinking, “Preacher, you are judging, being too nick-picky.”

But this is my point – In general, God did tell us the world at the time of Noah was evil. Yet, in leading up to that wicked world, the only thing God tells us about is the sins of His people. And with that, the only thing He mentions is the marriage outside of the faith. They did not take God seriously enough to consider Him in choosing a spouse.

If Christians do not consider godliness as a criterion for a mate. Or if Christians place their recreation time (vacation) in higher value than time in His house. Or if we do not consider His Word when placing permanent marks on our bodies – how can we say we take Him seriously?

These are only three examples; there are countless more.

2 Timothy 3:1-5 gives a list of the human race’s heart condition in “the last days.” Those days before the rapture, those days Jesus said would be like the days of Noah. To summarize the list, people will be godless, selfish pleasure seekers.

Let us take a step back and look at a few things.

God says sex outside of marriage is a sin. Still, in today’s society, something is wrong with the relationship if sex does not happen within the first few dates.

Homosexuality, which God says is an abomination, is championed and something to be proud of.

I hope it would be safe to say over ninety-nine percent of the people believe mass shootings are evil. Yet, in less than fifty years, mass shootings have gone from unthinkable to people taking precautions against the next round of carnage.

The days of Noah are upon us.

How did we get here?

Just as the world got there in Noah’s day – God’s children did as they chose.

Michael Brown: Why Darren Wilson was not criminally charged

Put the “Trick” back into Trick or Treat