They sat up under each other; chairs pushed together, elbows butting. Two conjoined Rhesus monkeys, one black, one white, their little faces scrunched together. When one lifted a fork, knife, glass of water, the other did the same. If one scratched nose, chin or cheek, the other made the same gesture seconds later. And if not for the fact that every so often one would sigh just as the other would yawn–and then too I had had nothing to drink–what sat before me made for one eye blurring Rorschach test.

When either lifted a utensil, I wasn’t sure whose lips would part. I picked at my own food, scraping the lasagna noodles from the filling, eating very little.  Instead, I did my best not to stare, watching the two, every so often trying to engage them in a bit of unimportant conversation.  Mostly my inquiries resulted in answers peppered with my own, ‘Oh, really’s and ‘Well, you’ve got your whole lives ahead of you’s. Followed by their responses mumbled between overly long sighs, those,‘Yes, ma’am’s and ‘No, ma’am’s and, of course, ‘I can’t say for sure, ma’am’s.  But even with these contributions, it was Sam who answered for both.

“So you think you might want to pursue this baking thing, Pippa?”

“Yes, ma’am. We watch all the shows: Top Chief, Cake Wars, all the Ramseys. This time next year, if we stick to it,” here he looked pointedly at Pippa, “We should have our own show.”

When neither thought I was paying them any mind, Sam would twirl strands of Pippa’s hair, which was now in a thousand micro braids. I would have thought this a difficult task, seeing how their hands remained clasped, causing me to smile with seeing Sam raise not just her hand, but Pippa’s too, when she reached up to scratch her nose. It was eight o’clock when both girls said on top of each other, “This was good.” “Yeah, it was, really,” Sam said, patting his/her flat stomach, her plate clean of the two helpings of lasagna she had served herself. Pippa’s plate still held most of her meal, though she had made a good effort. Then the pair rose, nearly forgetting to unlock hands as they began to clear the table. For some reason, I was startled when I heard running water and the clang of dishes. Then I smiled as I realized they weren’t loading the dish washer, but were washing the dishes by hand because they did not know how to work the appliance.

Pippa poked her head out of the kitchen, quickly placing another muffin in front of me, this one studded with chocolate chips.  I thanked her, not bothering to ask if it contained wheat flour.  I could tell by the consistency as I broke it apart and stuffed a big portion into my mouth that it didn’t. Still, I couldn’t fathom when Pippa had had time to do more baking. I wasn’t a baker. And this, as Glory had reminded me on so many occasions, was the chief reason my own gluten-free bake goods business hadn’t been a success—I couldn’t cook a lick.

“People don’t like them!” The owner of the Ice Cream Shoppe’s wife had brusquely informed me one morning when I tried to get them to stock yet another batch of my gluten-free muffins. But she was Filipino, this was her way. Her husband had been a little more tactful. “Not much call for– what did you call these? Gluten free?  No, Miss Stella, our customers like their gluten, they like all the gluten they can get,” he laughed.  He was just about to chuck several stale muffins from the previous week’s batch when I offered to take them off his hand.

Finished with my muffin, I took my cup of coffee and parked myself in the living room. I sat eyes focused on the reality cooking show Pippa had the television set to, listening as the two teens laughed and squealed, then to the lowness of their murmurs which soon dissolved into complete silence.  About an hour later, just as the cooking challenges were to begin, Sam emerged first from the kitchen, with Pippa following close behind.

“Yep, curfew’s at eleven. So I have time, but I don’t want to be late, that’s for sure,” she laughed.

“Okay, no car here, but I can pop for a cab.” I really couldn’t, but what other choice did I have? “You want me to call one?” I didn’t like the idea of her walking the streets even at nine, which was still pretty early.

“All right.  Be safe. Thanks for stopping by.”

“Night, Sammie,” came our round of goodbyes as she left out the door.

I looked over at Pippa, who was now plopped down on the rug in front of the television, content to watch an older Hell’s Kitchen contestant, a woman, get reamed for “dry and under executed” salmon.

“I’m glad the No. 3 is convenient. I wouldn’t want Sam to miss her curfew.”

“She’s gonna hitch, so she won’t miss lights out, not if Miss Carrie’s on the door at the shelter.  As long as she gets there before Miss Carrie’s shift is over, she’ll get in. Might not be any beds left, but she can always make due on one of the benches in the visitors’ lounge.”

I tucked my feet up underneath me and looked more closely at the television. I watched Chef Ramsey, his blood red lips shiny with spittle, as he screamed at the woman for what he said was an “abominably tragic” attempt at spinach and fresh herb pilaf. I watched the woman, a petite redhead, face go crimson with shame and despair. In my eyes, her effort, the green and tan goop crammed with olives and capers and oyster mushrooms that glistened back at me in HDTV, didn’t appear near as gummed up or overcooked as anything I had ever tried to prepare. And this, for whatever reason, made me sad.

The Art of Being Un-Wired: Chapter 13 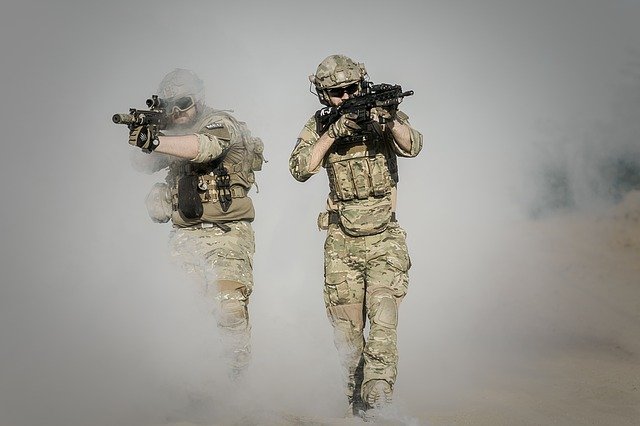 Reflections from the Brig: Kids Are Not Meant to Be Puzzles