I woke with a terrible stomach ache. I had a hangover.  I looked in the mirror and noticed the small “beauty” mark/noncancerous mole just under my lower lip had doubled in size overnight.  Blurry eyed, I began rubbing them, relieved to see that it was only one of several brownie crumbs stuck to my face.

Returning to the scene of the crime, I removed the crummy brownie platter from the sink and placed it in the dishwasher along with my mug.  The half empty bottle of cognac, I shoved to the back of a cabinet, out of sight.  The light on the answer machine beckoned desperately.  It showed eleven calls, most from Bennie.  The mortgage company had called four times. The first payment was now overdue.  I was officially late with the payment. I was officially a deadbeat.  The phone was no longer ringing.  It was midday.  Still I sat silent at the kitchen table, fingers interlocked and head bowed low as if waiting for divine intervention.

I could have called Benny and asked him to float a loan, but this wouldn’t take care of the following month. I could have called Dyson.  But Brenda controlled the purse strings.  The conversation would go like this: “Dyson, do we really want to get mixed up in some of your sister’s mess?”  Then Dyson would feel obligated to defend all the money he had “invested” in me over the years: $1500 for the online used bookstore; $700 for my online gluten free bake goods, in addition to the $300 for vaccinations needed before the doors on my yoga for toddlers babysitting service could open.  And if she had known about it, she probably would have thrown in a few choice words about the $10 to he gave me thirty plus years ago to buy lemons for my first lemonade stand.  No, I couldn’t do that to my baby brother, not again.  As much as I didn’t want to go there, I needed Glory to be my savior once again.

It was close to 2 p.m., so Glory would have just got finished her midday carport sermon.  I vacillated between picking up the phone and being done with it, blurting out what had to be said, and giving myself another couple of hours to prepare myself.  Unfortunately, preparing for Glory meant running up against another phone call from the mortgage company.  So, I picked up the phone and dialed.

“Hello?”  I knew Glory knew it was me. She had had Caller ID for several years, but always acted as though she didn’t have the faintest idea who could be calling.  “Hello, Mother Dear.”

This infuriated me.  Why did she always have to go there?

“There’s nothing wrong.  I mean, Glory.  Can’t I call just to see how you are?  Really, Mother Dear–,” I blurted out before I could stop myself.

“Good, glad to hear it.”  I wanted to make a little mother/daughter chit chat, but Glory always made even a simple attempt on my part to separate her from her money hard.

“So, those people of yours, did they make it down?”

“They did. They certainly did.”  I tried to sound relaxed.  “They got down here and now they’re gone, back home.”

“So, they came and went and you got paid?”

“I got–I charged their credit card. Yes, I certainly did.”  I waited for Glory to break the silence. I knew whoever went the longest without saying something, would control the outcome of the conversation.  The silence continued.  The only thing I could have done at this point would have been to interject my old Call Waiting gambit, but then I would just end up having to make yet another to Glory, and start the whole process again.  I was outmatched.  Done with her sermon, she now could remain silent until the cows came home.

“Listen, Glory, I need to have an operation.”

“Girl, stop all the nonsense, what’s going on?”

I exhaled deeply and let everything fall out.  “…In summation, the Minnesotans stiffed me, and the first payment is due on the renovation loan.”

“Glory, I know what you’re about to say, and I know that you’re probably right for the most part, but I had to move fast, selling the house in D.C., and it’s only by God’s grace…,” I threw this in because it was true. Also at this point I would have invoked God or whoever else needed in order to get through this conversation and on to the matter at hand, how Glory was going to get me my money.

“All what?” I didn’t want to get angry with my mother. I couldn’t pay the freight.  All the same, money or not, I wasn’t about to let Glory kick me but so hard, not when I was already on the ground and screaming uncle both lungs full.

“Okay, I’m going to say this then I’m getting off the phone.”

“Fine.” I knew I had to do a certain amount of penance, the whole “I told you so” business.  It was all so tiring.  “Go ahead.”

I heard what my mother said, but hadn’t truly been listening because I had already put on my “passive listening” ears, the ones that allowed me to hear, but not hear anything I didn’t want to be bothered hearing.  I used the technique those times Francisco had tried to run game on me, listing all those reasons he couldn’t work certain jobs as though I was the problem, and, then too, with Benny when he went into way too much detail about all he didn’t have to do at his parents’ restaurant, but somehow continued to be well compensated for despite his lack of trouble.  But mainly, I used it for Glory, those times when “Call Waiting” wouldn’t be appropriate.

“You heard me.  I’m not going to do it.  I’ve come to understand that I am an enabler.  You’re like one of those hoarders folks watch on cable. Folks all around ‘em see the mess their making of their lives, but they don’t do nothin’ constructive. They don’t have ‘em committed. They don’t have a truck backed up to that hovel their living in and have all that nasty stuff hauled away. They just call the Discovery Channel and say, ‘Get your cameras, and come and get a load of this.’  I’m not going to watch you make a mess of your life anymore.  Not going to do it, no ma’am.  I’m done.”

I resisted the urge to hang up on my mother. “Well, I hear you Glory.  And, I understand I have probably come to the well once too often…,” Glory made a tsking sound, but remained silent.  “…but what I probably haven’t made clear, my fault, totally my fault, is that if I don’t make these payments, I could lose everything.  That’s what I probably didn’t make clear – again, my fault.  So, if you can,” at this point I swallowed hard, “have mercy, and make me this one last loan of —$3,000, this will give me time to get a job, something 9-5, to see me through.”

“Estella, who’s going to hire you?  You know how many folks out there standing in bread lines resumes in hand been looking going on years, and you think you’re going to dust off yours, with your rusty skills?  Girl, please.  Get real.  I’m going to say this, and you’re not going to like it, but I’ve been waiting for you to have your come to Jesus moment. Praying that it would happen in my lifetime, and today’s the day.  Hallelujah, all praise to He who knows all, sees all, and understands all.  My prayers have been answered.”

I felt the tears welling up, so many that I didn’t bother to hold my head up to keep them from falling.  It was as if I was in a free fall, desperate to glom on to something, anything, and there was Glory, clearly in view except she wasn’t reaching out to save me.  No, my mother was there, smiling, cheering me on to one stupendous splat.

“I’m here,” I answered, not wanting to say more, afraid Glory would hear the defeat in my voice and know I was about to start bawling.

“Well, I done said what needed to be said.  You want to talk ‘bout something else?”

I didn’t have anything else to say.  Still I wanted Glory to think about what havoc this bit of maternal cruelty would have on my life.  “Well, if you don’t want to help me, what do you suggest I do?  I mean, I don’t want to lose this property; it’s all I’ve got.”

“Really, Estella, have you prayed today.  Before you picked up the phone, were you on your knees asking your Heavenly Father to guide you?  Or did you just wake up, wipe the sleep out of your eyes and say to yourself, ‘Guess I better bite the bullet and give old Glory a call?”

I didn’t answer her question, choosing instead to say, “Goodbye, Glory.”  To which Glory responded, “Bye, daughter.”

Eastbound freight-hopping from Vancouver to Klamath 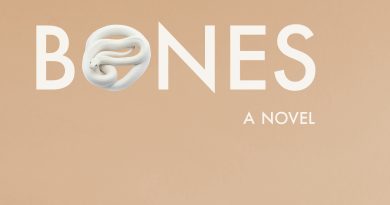