I just returned from two weeks in Switzerland and Italy. I went to celebrate my high school reunion in Lugano. I was on the planning committee and six of us spent 14 months working on the reunion. Everything went smoothly and people had a good time but we had our ups and downs over that 14 month period. Luckily we were old friends by the time we started and remain old friends.

I have not seen everything in the world but I have seen a lot of it and, from what I have seen, I can say Lugano is one of the most beautiful places on earth. It sits in a little weather bubble in southern Switzerland near the Italian border. Lake Lugano is surrounded by mountains and in the distance you can see Lake Como. It never gets really cold and in summer it is almost tropical with palm trees lining the lake.

The school I went to is in Collina d’Oro, the golden hill above Lugano. Our campus grew up around Villa de Nobili, originally built in the 17th century and owned by the Italian ambassador, Marchese De Nobili.

Our dining room still displays suits of armor from that time. The campus and surrounding areas have changed since I went to school but many things remain the same.

A short walk up the mountain is the small village of Montagnola. Herman Hesse lived there for many years and now it boasts a small museum dedicated to him. The day I went through it, it was full of German tourists.

In my day there was a small bar we called the “hole in the wall” under an archway with no sign. An old woman and her husband opened their home to us and sold us beer and her homemade minestrone. On cold days we would sip hot chocolate by her fireplace. The old woman is no longer there but the “hole in the wall” has re-opened under new management and has been renovated. From what I heard the squat toilet is gone.

On Friday we boarded two buses and head to Verzasca Valley, a narrow river valley surrounded by the Alps. There is one road that goes along the river and our buses had some trouble making the hairpin curves. It is a hikers paradise and is one of the wildest areas in Switzerland.

The dam at Verzasca was made famous when James Bond 007 bungie jumped off of it in the movie “Golden Eye”. It is supposed to be the highest bungie jump in the world and lasts 7.5 seconds. The dam is 220 meters high. We didn’t try it.

Our first stop was the small village of Sonogno which dates back to 1200. It is an agricultural community that now depends heavily on tourism.

It is dominated by an old church built in 1519. A short walk from the road takes you to the river and a bridge over the rapids. Some of us were more ambitious and hiked to the falls. Friends told me they were humbled by the beauty.

After a picnic lunch we headed to the Roman Bridge. It turns out this is not a Roman bridge. It was built in the 17th century but it is one of the most distinctive sights of the valley.

The official name is the Ponte dei Salti, the Bridge of Jumps. It is a double arch stone bridge that spans the river over a deep pool. Kids from my school have been jumping off if it for 50 years.

And, yes, a couple of us did jump. My friend Ali said the water was so cold he could not breath and even after surfacing it took a few breast strokes before his chest unlocked and he could breathe.

On Saturday we went into Lugano and took the funicular up Monte Bre. It is considered one of the sunniest points in Switzerland with a 360 view of Lugano, the Pennine Alps and the Bernese Alps. Just above it is Monte Boglia at 1516 meters (4973 ft.).

We stopped for a beer in the restaurant at the top and enjoyed the view. Some of us were more ambitious and walked the 925 meters (3028 ft.) down the mountain. My roommate was sore for days after that.

On our last day we boarded a boat on the lake for a trip to Morcote. We had chartered the boat so it was just us. We had live music and dancing and drinks. It was the only time it rained but it didn’t seem to matter. The lake was beautiful even in the rain.

Marcote dates back to 926. It is a small village perched on the edge of Lake Lugano and until 1847, when the dam was built, it was the largest port on the lake. Today its main industry is tourism and on the way from the boat to the restaurant I had trouble herding the group away from the shops.

We had a six course meal with speeches for our final night and then boarded buses back to campus. In the end it was hard to leave Lugano, but it was even harder to say good bye to lifelong friends.

Tips for choosing the Best Indoor Grow Tent for you 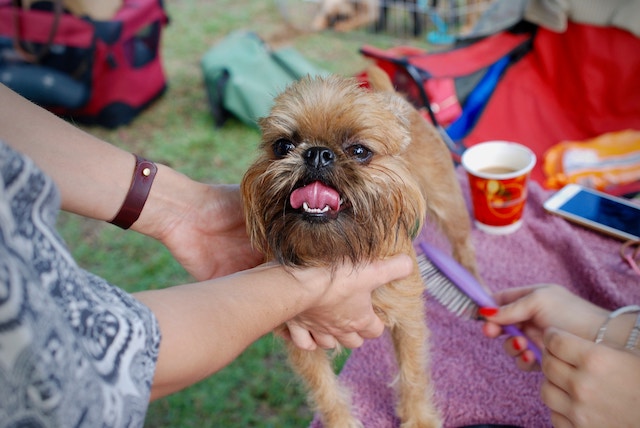 Ten Tips to Make Your Dog Look and Feel His Best