It’s Super Bowl week and I figure what the heck, why not break up my Super Bowl week coverage of the NFL into two parts? After all, the game is only the single most watched yearly sporting event.

It’s hard to believe just how big the game has grown in just over the half century it has been played. When the Raiders played the Packers in the second Super Bowl, I remember thinking my dad was crazy to take mom with him to Miami for the game. Then again, I also thought my dad was crazy being an Oakland Raider fan.

All my dad had to do to get two tickets to the game was drive to the Oakland Coliseum (a 20-minute drive from our home) and wait in a short line when the tickets were made available to the public a couple of days after the Raiders won the AFL title game.

When my parents returned home the day after the game, there was a Bart Starr poster waiting for me on my bed and a Joe Namath poster for my brother Chuck when we arrived home from school. Like the game, it’s a bit more complex to go to a Super Bowl than it was 50 years ago.

Pregame Thoughts:I want to begin this column with my thoughts leading up to the Super Bowl and go into a little more detail about why I pick the Rams to win. It has nothing to do with hating the Patriots because I actually admire them and their sustained greatness. It has nothing to do with thinking time has caught up to Tom Brady or that Bill Belichick is not the coach he once was. I picked the Rams to win simply because I believe they are the better team, even if by just a slight margin.

If the Rams avoid early and costly mistakes that result in New England getting on top by a two touchdown margin, they will eventually prevail. In other words, if Jared Goff avoids a disastrous start and their skill players don’t cough up the ball, their talent will lead to victory.

A team that has a two-headed beast at running back mixed with the skill set their receivers have, along with the imaginative play calling of their head coach, is tough to beat. When their defensive strength is being able to pressure Tom Brady by coming at him up the middle rather than on the edge, you take away Brady’s strength of stepping up to avoid the rush so he can set his feet to make pin point accurate throws.

However, if Brady’s rebuilt massive front line finds a way to stop the likes of Aaron Donald and has success pounding the ball on the ground while Brady dinks and dunks his way up field, the Patriots will end up controlling the ball for large chunks of the game and limit the chances the Rams have to possess the ball on offense.

New England has mastered the art of playing bend but don’t break defense and forcing opponents to settle for field goals instead of touch downs. The Rams force teams to respect the run as much as the pass which allows them to score from anywhere on the field. Can they score from outside the red zone? Can they shove the ball down the New England defense with Gurley and Anderson, opening up the tighter windows to hit receivers, when inside the red zone?

Football is essentially a game about which team can impose their will on the other. The Rams are the sexier pick, the Patriots are the far more experienced one. There are intelligent arguments to be made for why either will win.

State of the League:No one cares much about what our president has to say so whether or not he has a State of the Union address is of little concern. However, there is always great interest in what NFL Commissioner Roger Goodell has to say at his annual State of the League address. This year was no different considering his silence over the officiating debacle at the NFC Championship. Other than that, we knew he would go on about ratings being up, concussions down, and how the league is addressing the lack of minority coaches again.

However, as for that non call for pass interference late in the NFC Championship game, Goodell said officials are human, mistakes will be made, and more technology is not going to solve the problem.

I wonder how that excuse would fly if a player is summoned before him as part of a domestic violence investigation by the league? Goodell chose to keep the focus on this week’s game figuring once the Super Bowl is over, the officiating controversy will die. Once again, he is wrong. Expect more officiating blunders next year. It’s just become another part of the game.

Alex Smith Follow-up: Few players are nicer than Alex Smith. This is why it is a shame to learn he is not only likely to miss next season as a result of a gruesome broken leg, it now is being reported it appears it may be a career ending injury. Smith has always remained a class act despite never fully living up to his status as the number one pick in the draft. He will always be remembered as the guy the Forty-Niners picked instead of Aaron Rogers. While he lacked Rogers’ arm strength, he certainly has never lacked class or sportsmanship.

If Smith does not make it back, I would love to see him go into coaching. He is very bright and has always been willing to work with the two players drafted to take his job, Colin Kaepernick and Patrick Mahomes. I’d love to see him on Andy Reid’s staff if Alex decides to try his hand at coaching.

As for Smith’s team, they would be wise to consider a few options. Teddy Bridgewater of the Saints, Nick Foles of the Eagles, and Joe Flacco of the Ravens could be viable options. While Foles would presumably be the team’s long term option, picking up Bridgewater or Flacco might make more sense. They could fill in for a year or two while the Redskins draft and develop a young quarterback.

Is This It For Gronk?:Rob Gronkowski says he wants to take a little down time after the Super Bowl before deciding whether or not to retire. My guess is he will unless the Patriots release him and another team offers him a fat contract. However, given the wear and tear on his body, he might be wiser to retire and go make a new career as a B film action hero or newest member of the WWE.

The Patriots will not bring him back unless he accepts a huge pay cut so I think we will learn what he loves more: money or the game. If he wants to remain in New England, and if the team wants him back, my advice would be to work out a deal where he sits out the first half of the season. This will allow him more time to recover and rehab his body without going through the grind of training camp or a full season of hits. It’s not like Gronk makes it through an entire season. He’s more valuable to New England late in the year and in the postseason. By drastically reducing his playing time over the first two months, Gronkowski is more likely to come up big late in the year.

Now, all Gronk has to do is convince his boss this is a good idea for everyone. Expect to see New England draft a tight end or two.

Song Dedication: I picked this song simply because I heard it while stuck in traffic on the 101 yesterday and was reminded what an amazing singer and songwriter this guy is. Enjoy.

Hogan: ‘Mass vaccination sites’ to set up throughout Maryland 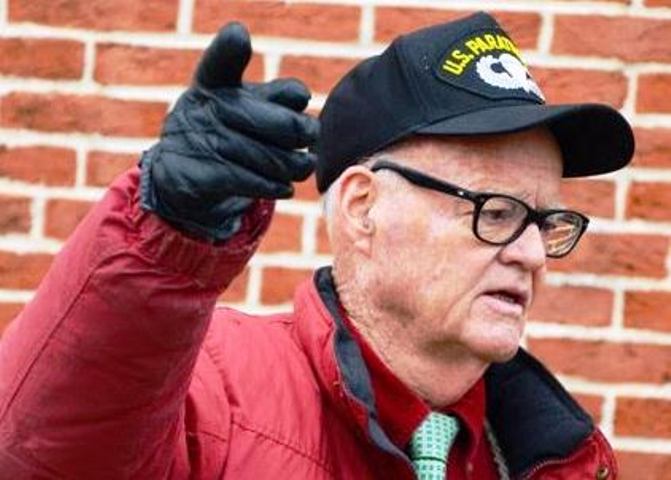 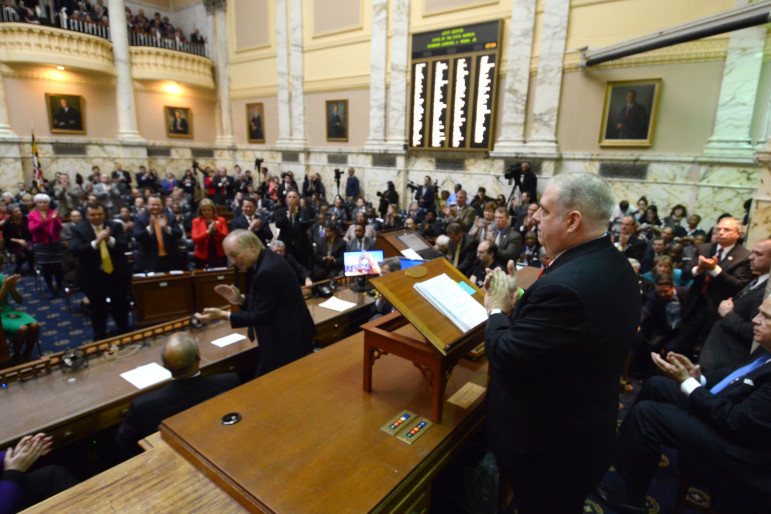