Four nights a week, Monday through Thursday, it was paramount for me to be home at 11 p.m., in front of that smart 55-inch Hi-Def tribute to American consumerism for 90 minutes of Comedy Central. For me, there’s really only a few reasons to watch CC: South Park, @Midnight and kicking it off: The Daily Show With Jon Stewart and The Colbert Report. That’s it.

Once in a while Comedy Central hosts a roast and those can get pretty wild. They’ve roasted people from Bob Saget to Pamela Anderson and if you like down and dirty humor, they are hilarious. But for me, Monday through Thursday we gotta be watching Jon Stewart and then Stephen Colbert. I just hate it when people call after 11. Not because it interrupts my sleep — it interrupts Stewart and Colbert.

For nearly 20 years I’ve been tuning into The Daily Show and for the past 15 years Jon Stewart has been at the helm, making it the funniest and most informative half hour on television — broadcast, basic cable or subscription TV.

Until nine years ago when Daily Show correspondent Stephen Colbert spun off into his own series, The Colbert Report. The “T” is silent in Colbert and Report.

Colbert isn’t funnier than The Daily Show — all the time — both shows are very funny, but at times The Colbert Report was more informative than The Daily Show. Like in 2011 when Colbert formed his Super Pac, The Colbert Super Pac, their motto: “Making a Better Tomorrow, Tomorrow.” And then to fund it anonymously he formed his 501(c)(4) shell corporation. They beauty of it was, no the genius of it was: he had on former Federal Elections Commission Chairman Trevor Potter who helped Colbert set up both the super pac and the shell corporation so they met all the legal requirements of the FEC.

It was brilliant satire, showing the world what a joke the Citizen United decision was, how it opened up the flood gates of special interest donations to political campaigns and causes. The best part: Colbert created a starter pack and invited all his viewers to write to him and his show so they could mail out the starter pack and his viewers could start their own super pacs and 501(c)(4) corporations.

At one point in the process Colbert asked Trevor Potter, the former FEC chairman, what was the difference between what they did and money laundering. Potter’s reply was classic, “It’s hard to say.”

In other words Colbert had just demonstrated how the U.S. Supreme Court legalized money laundering for political campaigns and causes.

Colbert went on the air in 2005, portraying a bloviating right wing political pundit, basing his character primarily on Bill O’Reilly and Sean Hannity of Fox News. Needless to say, O’Reilly and Hannity were not amused. O’reilly is friends with Jon Stewart and has made several appearances on the Daily Show, but he made the Colbert Report only once, refusing to play along with Colbert’s shtick and thus coming off as more of a pompous ass than when he does his own show.

In the nine years we have been treated to the genius of Stephen Colbert, he has delivered a new style of entertainment, creating, along with The Daily Show, TV we have never seen before. Along with Stewart, Stephen Colbert became the primary source of news for at least two generations and they did it with comedy, well-placed satire mocking the newsmakers and the media that reports on the news.

He has kept us informed and in the process has had exercise equipment on the International Space Station named after him: the Combined Operational Load-Bearing External Resistance Treadmill, or the COLBERT for short. The Saginaw Spirit minor league hockey team named their mascot Steagle Colbeagle. Ben & Jerry’s named a flavor of ice cream for Colbert: Americone Dream. Richard Branson, owner of Virgin America airlines, named one of his passenger jets Air Colbert, he’s had a bald eagle and an elephant seal named after him (the other elephant seal is named Jon Stewart) and Colbert has even been on the cover of a Spider-Man comic book. He even created a new word: “Truthiness.” Here’s the Merriam-Webster’s Dictionary definition of the word:

In June 2009 Colbert and his staff secretly traveled to Baghdad, Iraq for a week of shows as part of the USO. Held in a palace, the program featured military guests and Colbert’s regular segments were all geared towards the troops. On the first night General Ray Odierno shaved Colbert’s head, by order of President Obama, to thunderous applause from the audience, all members of our Armed Forces.

The “Surge” was over by then and most news organizations had stopped reporting on the Iraq War. By going to Baghdad for a week of shows, broadcast here in the U.S., Colbert reminded America we still had troops fighting in a foreign land.

That was best illustrated by the need for Colbert to make his trip unannounced. Insurgents and other enemies were still active and all dignitaries had to travel to Iraq in secret to protect them from being targeted by surface-to-air missiles as they landed at Baghdad’s airport.

Favorite segments included “The Word,” which that week was, “Why Are You Here?” A question we had been asking for years: why were our troops in Iraq. In a skillfully-crafted segment Colbert pointed out the fallacies that were used to justify invading Iraq six years earlier. Turns out Colbert’s reason for being in Iraq was to declare Victory in Iraq. It was Colbert’s greatest week of programming.

One of his finest moments took place away from the Comedy Central studio where he taped his show. On April 29, 2006, Colbert was the featured entertainment for the white House Correspondents Dinner. For 23 minutes Colbert skewered the president and the assembled journalists and celebrities with laser-guided satire, poking fun at the President Bush’s photo-ops on the rubble at Ground Zero, the deck of the U.S.S. Abraham Lincoln and Jackson Square in New Orleans. And crushing the media for not being to cozy with the people they were supposed to be questioning, in particular the law makers who got us into two unfunded wars. It took a genius wit and brass balls — and Colbert actually had a pair of brass balls.

Stephen Colbert has been a one of the best programs on television, sharing the night with Jon Stewart and for the past few months, Chris Hardwick on @Midnight. Thursday, December 18, 2014 was the last episode of The Colbert Report.

He counted down the episodes for the last month, each day letting a little of his stage persona slip away and his real self peek out. One night he even bid farewell to Bill O’Reilly, saying he wouldn’t be watching the Fox News host anymore because no one was paying him to watch.

On his final episode Colbert held a yard sale, classic Colbert, selling things from his studio and office for as little as 50 cents. For three years Michael Stipe, lead singer for R.E.M. was an occasional prop, something to put on Colbert’s shelf. So Stipe was up for sale. Colbert even lowered the price. We don’t know if he got a good price for Stipe, but he sold his brass balls.

The evening closed with Colbert singing, “We’ll Meet Again” with every celebrity he ever had on his show, starting with Jon Stewart, accompanied by Randy Newman on piano, and then featuring everyone from Michael Stipe to Henry Kissinger and Samantha Power, the current U.S. Ambassador to the U.N.

Colbert actually signed off from eternity, having killed Death, “Grimmy,” with Santa Clause, Abraham Lincoln (whom, it turns out, was a unicorn) and Alex Trebek. And then a clip of Stewart and Colbert doing a pass-off from 2010, when the two would link their shows with a combined segment.

The end of an era in television, much like the final episode of the CBS Evening News with Walter Cronkite and The Tonight Show with Johnny Carson. He wasn’t on the air as his character long enough, but he was given the chair for the Late Show with David Letterman starting in 2015 so this was the time.

He went out on top. Here’s a Full List of the celebrities that graced Colbert’s stage for the final show, compiled by Mediaite.

But then last night, Friday December 19, 2014, or more precisely, early this morning, Craig Ferguson ended his 10 years as host of The Late, Late Show, starting his final episode with a rocking version of “Bang Their Drums” by Dead Man Fall. Many of his guests from over the years joined in and you might not have known this: Craig Ferguson can sing. His final guest: Jay Leno.

In the 10 years Craig Ferguson has hosted the show he’s tried to be different from all his late night colleagues. It often looked and sounded unscripted and most of the time it was, especially after the addition of his skeleton robot sidekick Geoffrey Peterson. He danced coming out of commercial breaks, often with the fake horse Secretariat and two women from his production staff. He ceremoniously tore up the cards with the guest questions. He rarely interviewed guests; they usually had off-the-wall conversations not even remotely connected to the project his guests might be promoting. Sometimes they only had time to give the project a one sentence plug. It was a great show.

For his last show Ferguson and Jay Leno talked about an old car, being retired talk show hosts and nothing in particular. in the final minutes the people (or person) in the fake horse Secretariat was revealed and then Ferguson woke from a dream, in bed with Drew Carey, in a send up of the final moments of the Newhart Show, which went off the air over 20 years ago.

Late night television will not be the same.

Stephen Colbert entertaining President and Mrs. Bush, along with 2,500 others at the White House Correspondents Association Dinner

The beginning of Craig Ferguson’s last show as host of the Late, Late Show on CBS.

How to handle being served by a legal process server 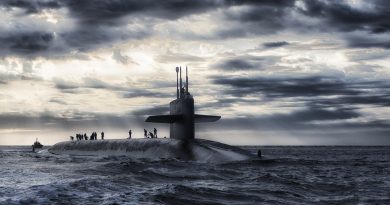