There have been times that I started St. Patrick’s Day with a shot.

This time, it was a shot right out of bed, running down the hall to see if my boys were ok.

It was 6:27 a.m. and the walls were shaking, the earth was quaking … it was the Shamrock Shake.

I was laying in bed watching a taped Daily Show with Jason Bateman talking about attending a Seder, and Jon Stewart was jumping out of his chair with laughter. Seconds later, my Irish *ss was nearly knocked out of bed by a 4.7 quake that I believe was epicentered … under my house.

It was the loudest and most attention-grabbing earthquake in the 17-plus years I’ve lived here — kind of California’s way of grabbing me by the shoulders and saying, “Hey, you think that guy in the TV commercials can create ‘mayhem?’ Check this out!”

So I checked on the kids, checked the one thing that fell in the kitchen, checked off in my mind that the earthquake insurance is paid and turned on the TV to watch the news … and realized everyone was still a bit shaky.

But that was not about to dampen my day. It was March 17th. In case you hadn’t guessed by my name, I’m of Irish descent … and St. Patrick’s Day is a BIG DEAL.

I celebrate it. I have been to parades in New York and Chicago. I have had green beer and green food — on purpose. I have decorated the house, worn my share of goofy hats, and wished everyone I met a happy day.

By the way, here’s a way to tell someone who is not Irish — and has never dated or been married to anyone who’s Irish: If they ask you “What day is St. Patrick’s Day this year?”

To us, it’s kind of like asking when the 4th of July is this year. St. Patrick’s Day is always March 17th, the anniversary of the death of the great man who drove the snakes out of Ireland — and into Hollywood.

As someone who revels in his Irish heritage, St. Patrick’s Day ranks right up there in the pantheon of party days which must be celebrated. And it is virtually a guaranteed good time. Like Halloween, it’s impossible to ignore — you see the things people wear and you know the party is on. St. Patrick’s Day, in fact, is Halloween for the Irish — we dress up in ridiculous garb and we kind of expect you to at least wear green as well — or we’ll pinch you (laws be damned!).

The other traditional “party” days — New Year’s Eve, your birthday, National Pancake Day — all have the potential to be raucous and rowdy, but could also be melancholy and morose, depending on your state of mind and your employment, relationship, and self-satisfaction status.

But St. Patrick’s Day practically insists that you have a good time. Got a spouse/ partner/ date? Time to celebrate together, even if only one of you — or neither of you — is Irish!

All alone? You won’t be for long! Find an Irish bar. The party starts early and ends well past your normal bedtime.

Can’t find one? Good news: on St. Patrick’s Day, every bar is an Irish bar!! Walk into the local watering hole, and I promise you there are shamrocks hanging up — even if they’re just there for a day covering the margarita glasses, Leaning Tower of Pisa lights or generic sports memorabilia you would usually see. It’s a little reminder that you’re supposed to enjoy the luck of the Irish.

Hell, you’re supposed to kiss someone — anyone — who’s Irish! Half of us are wearing a button or shirt that requests that — and the other half of the people in the bar will ask for a kiss because they’re not Irish!

Now, I don’t want to present myself as an expert on all things St. Patrick’s Day, because there certainly are some things I don’t remembe …. I mean, have never understood.

I don’t have the answers — then again, I’ve never asked these questions before. Certainly not of my father, Gerald Michael Brennan, a.k.a. Jerry, a.k.a. Himself. I miss him everyday, but especially on St. Pat’s.

Dad was a man who enjoyed reveling in his Irish-ness as much as I do. A storyteller. An entertainer. An Irishman. It’s where I got it.

He was a first generation Irish-American. His parents, the original Mike and Molly, were both Irish born and taught the proud Irish traditions to him, and he to me.

His father was a proud and proper Irishman, his mother boisterous and an entertainer — that’s where Dad got it. She was a sports fan, specifically a New York Mets fan and I believe the first swear words I ever heard were due to the poor play of the Mets.

I couldn’t pass on being a Mets fan to two sons born in L.A., but I have passed on the Brennan name, accompanied by good Irish sounding first names, as well as Irish tradition and heritage to my boys — as much as one can before the legal age of drinking. For them, so far, the holiday means wearing green and ordering Shamrock Shakes — the milkshakes — that’s their beverage for now.

And for me? A subdued but successful celebration. Wore something green, ate corned beef and cabbage at a friend’s who traditionally hosts his Irish and Irish-loving friends, followed by a couple of pints with friends at a South African bar … that was Irish for the day.

Followed by a peaceful, shake-free sleep.

When is the best time of year to take vacation? 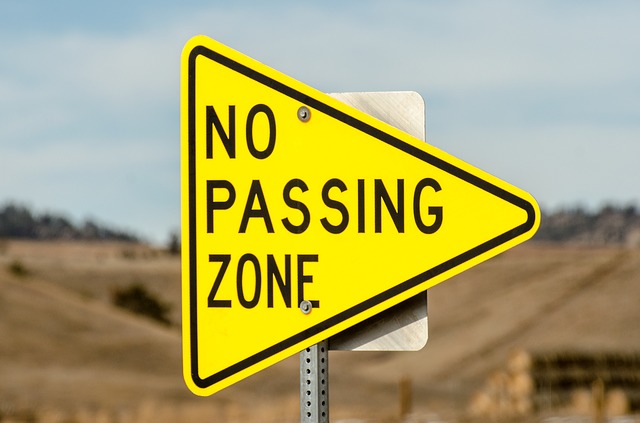 No-Passing Zone Sign: Why It’s Smart to Obey It