WASHINGTON – U.S. Attorney General Jeff Sessions vowd to enforce immigration laws and crack down on gang violence, in a speech Friday on Long Island – which has been terrorized by the MS-13 street gang.

“The Justice Department has zero tolerance for gang violence. If you are a gang member, know this: We will find you. We will devastate your networks. We will starve your revenue sources, deplete your ranks and seize your profits. We will not concede a single block or street corner to your vicious tactics,” he said.

The attorney general’s appearance comes amid a spate of violence in two communities near the federal courthouse in Central Islip where he spoke to law enforcement officials.

MS-13 (Mara Salvatrucha; also known as MS or Mara) is an international criminal gang that formed in Los Angeles in the 1980s. The gang is often ethnically composed of Salvadorans.

On April 12 the bodies of four young men were found at a nearby park in Central Islip. All had been badly beaten and bore MS-13’s hallmarks: repeated slashes from a blade that left the victims nearly unrecognizable.

The bodies were found not far from a Brentwood park where two 16-year-old girls were found dead last September.

A total of 11 bodies have been found in parks and vacant lots since last September. Police blame MS-13 for the killings, which have rattled the communities.

Sessions said the Trump administration is firmly committed to enforcing immigration laws. He also said he is committed to helping law enforcement battle the street gangs.

The killings on Long Island are an assault on law and safety, “and we’re not going to let it happen,” he said.

About 100 advocates for immigrant rights protested Friday outside the courthouse, which had very tight security. Many demonstrators said they fear the Trump administration would use the gang crisis to push forward an anti-immigrant agenda that would drive gang informants further into the shadows.

Since the fall of 2013, the U.S. has placed 165,000 unaccompanied minors and many of them have landed on Long Island. Suffolk County, which includes Brentwood and Central Islip – blue-collar hamlets that have been most affected by gang violence on Long Island – has gotten 4,500. Neighboring Nassau County has received 3,800.

Sessions said he believes gang members used this system to come north, too. “Bad guys know how the system works, and they have exploited it,” he said.

Sessions noted that MS-13 now has more than 10,000 members in at least 40 states in this country, according to the FBI’s National Gang Intelligence Center.

Transnational criminal organizations smuggle gang members into the U.S. “almost exclusively through our border with Mexico,” Sessions said. “They station these gang members in safe houses in Texas, before they travel to various points around the United States.”

MS-13 is a priority for the Justice Department and the Trump administration, he said.

“We will identify these smuggling networks, investigate and build cases against them, and dismantle them through targeted prosecutions. Then, these people will be deported. Securing our border and restoring a lawful system of immigration are an essential part of our strategy to combat criminal groups and ensure public safety in our country – and we will see this task through and end the lawlessness.”

He hinted at the possibility of more federal prosecutors designated to tackle the growing violence.

Nearly 200 suspected MS-13 members have been rounded up since September on Long Island. Among the tactics the police have employed are stepped-up patrols, renewed cooperation with an FBI task force and helicopter sweeps of wooded areas where gang members often gather.

Trump has promised to eradicate the gang in the U.S. through strict enforcement of immigration law.

In an interview with Associated Press this week, the president said: “We are putting MS-13 in jail and getting them the hell out of our country.”

This article was first published by Talk Media News. It was republished with permission. 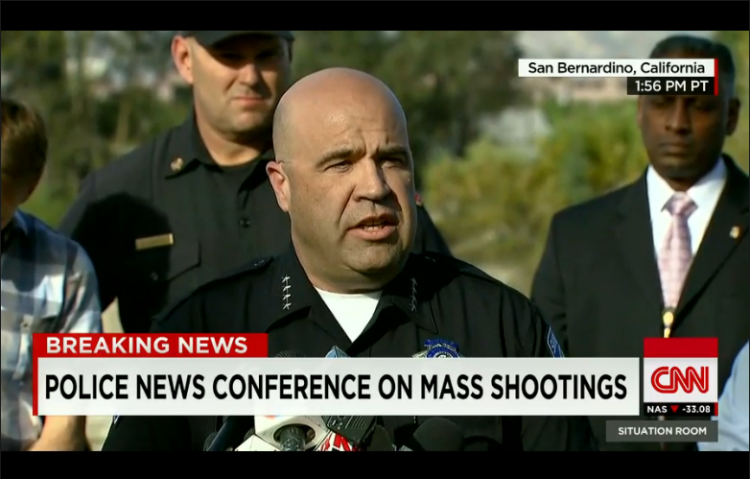 Photographer who shot iconic riot photo: ‘Everyone needs to wake up’