The Senate Budget and Taxation Committee voted Thursday to cut $100 million in contributions to the State Retirement and Pension System for fiscal 2014. The committee tied the unexpected move to passage of legislation that will eventually ensure the state puts aside enough money for employee and teachers pensions. But the cut also adds a year to achieving long-term funding goals for those pensions.

As it finished work on Gov. Martin O’Malley’s $37 billion budget, Senate budgeters voted unanimously to cut some of the proceeds from the increased pensions contributions of state workers and teachers. Since 2011, those employees pay 7% of their paychecks toward their own pensions, a two percentage point increase designed to help reduce pension liabilities that are at least $19 billion.

The changes in pension contributions and benefits passed in 2011 were designed to make the pension system 80% funded in 2023. With $40 billion in current assets, the pension fund now has enough money to cover about 65% of future obligations, assuming it meets its long-term target of 7.75% return on investment. Some analysts and a major bond rater consider that rate unrealistically optimistic.

Budget Chair Ed Kasemeyer said the $100 million reduction in next year’s pension payment will extend that goal of 80% funding by another year to 2024. The pension fund covers 244,000 state employees, teachers and retirees.

He said the money would be used instead to finally eliminate the state’s structural deficit — the difference between estimated revenues and spending increases due to mandates, funding formulas and higher prices.

“We thought it was worth it” to wipe out the persistent structural deficit, Kasemeyer said.

After the committee voted to reduce the pension contribution, it also voted to approve a pension funding bill, HB496. The bill phases out the so-called “corridor method” of funding, which allowed the state to put less than its required contribution into the pension system for the last 10 years.

Reduced contributions due to the “corridor method” of calculating the state’s employer contribution, coupled with substantial investment losses, are the main reasons that the pension system does not have money to pay its long-term liabilities.

Unions agree to the cut

Kasemeyer said the unions representing teachers and state employees were “on board” about the reduced contribution in 2014. Both unions had objected in 2011 when the pension changes did not put all of the money from the increased contributions of their members into the pension fund.

“Elimination of the corridor funding is a priority for us,” said Sue Esty, legislative director of the American Federation of State, County and Municipal Employees. “We have to take the long view when it comes to pensions.”

Sen. David Brinkley, R-Frederick, a professional financial advisor who serves on the budget committee, said, “The big thing was to get out of the corridor funding.”

Work on this story and other articles related to pensions has been supported by a grant from the Abell Foundation.

Trump asking for a wall of trouble

Does Alabama torture its prisoners? 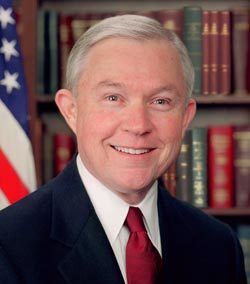