There comes a point in every relationship where you and your partner feel the need to take “the next step.”

Of course, taking the next step can mean very different things. For some, it’s moving in together, for others, it’s an engagement, and for others still, it could mean a first child. I already live with my boyfriend, Awesome, and while we’ve talked about getting engaged we aren’t quite ready for that leap yet.

So the only thing left is…first child?

Haha, yeah right, anyone who knows me personally knows I love babies, as long as they belong to someone else and I can give them back when they cry, throw up, or poop. Awesome and I certainly aren’t ready for kids. But we are ready for another type of baby – a wiggly, snuggly, mischievous little puppy.

One of the reasons for getting a new apartment was so that we could eventually get a dog. The old place didn’t allow pets, and our work schedules really weren’t conducive to keeping a full-grown dog, let alone a puppy that needs to be trained from the very beginning. We tortured each other by emailing puppy videos, pulling up photos of puppies on cell phones, and discussing potential names.

The worst was the pet store by this restaurant we love, Houlihan’s. Our primary purpose would be to eat dinner, but somehow we would always end up in the pet supply store next to the restaurant. I would try to convince him that we were just there for fish supplies (we have a 40-gallon saltwater fish tank) but he and I both knew better – I just wanted to play with the dogs.

Finally, we are at a place where our schedules are aligned and we have the means to get a dog. Rescue was a possible option for us, but the landlord will only allow certain types of dogs in the apartment. Without knowing where the puppy came from, we could end up with a breed or size that isn’t allowed. So we decided on the rambunctious Boston terrier. They are known for having charming personalities, a loving attitude and energetic enthusiasm. We have tossed around so many names I don’t even want to talk about it anymore.

Just like any big step, setbacks have come along the way.

Just this week, the breeder we had been communicating with for over a month decided not to give away her pups because the mother had such a complicated birth. She referred another reputable breeder, but we aren’t sure if he has pups, or if they are all spoken for, and are currently waiting to hear back from him. We were super disappointed but we are trying to forge ahead as best we can.

Keep checking back and I promise one of my future blogs will introduce you to our new addition eventually. With heartbreakingly cute pictures.

3 Luxuries That Only CEOs Can Enjoy 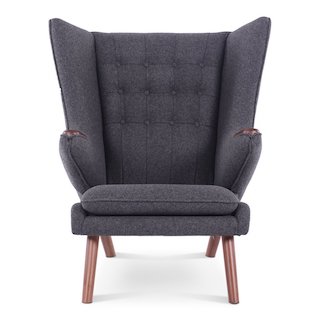