Aaron had never attempted to fly an airplane before. Neither had his son Max, but in Max’s case that is completely understandable.

Max is only three.

Luckily age and inexperience were no barriers to the would-be pilots as they took advantage of the free radio controlled (R/C) model airplane lessons offered last weekend at the Charm City Memorial Fly-In.

Sponsored by the Southwest Area Park Modelers club (SWAP), the Charm City Memorial Fly-In honored the memory of past members of the club while hosting more than two dozen local hobbyists and their R/C planes, helicopters and jets. The event helped to highlight the popular hobby and also raised money for a local veteran’s charity.

More than 350 people attended the festive three-day fly-in and enjoyed the continuous miniature air show. Aaron and Max were among the 125 attendees who signed up to take an R/C lesson.

The lessons teamed the novice fliers with an experienced pilot via a “buddy cord,” which connected two R/C transmitters together. Once the model planes were airborne, the novices could fly solo under the watchful eye of their buddy/instructor. Connecting the transmitters together allowed the instructor to take control of the plane in case the novice got into trouble.

Aaron (who asked that we not use his full name) told the Baltimore Post-Examiner he thoroughly enjoyed the experience and thought young Max really loved it, too. Max offered his own assessment of the hands-on lesson, saying the instructor told him to, “Hold it… Hold it… and then the plane went loop.”

Another first-time pilot was 14-year-old Earl Gephardt, Jr. of Dundalk.

Gephardt succinctly described the experience of flying a model airplane as, “Pretty cool.”

His father, Earl, Sr. said his son actually has a styrofoam plane – still in the box – at home, but heretofore, has never tried his hand at flying. Both father and son are into R/C cars and say they enjoy racing model trucks. And both hope to return to Southwest Park sometime soon with that styrofoam airplane.

Club member Bob “Digger” Drury took advantage of a lull in the flying lessons to put his miniature shock jet into the air. Digger said jet engines for R/C planes have been available for about ten years. “They use real jet fuel; I get mine at Martin State airport for about $6.00 a gallon.”

Digger’s jet burns about 11 ounces of fuel a minute while cruising at speeds approaching 140 miles per hour.

“The engine could push the plane much faster, but it would tear the wings off the fuselage at anything over 150 mph,” Digger explained.

Tim “Big Daddy” Stem showed off his brand new 3DH-Bigfoot; an airplane modeled after the custom Piper Cub’s immortalized by Alaskan bush pilots. Stem recently purchased his Bigfoot at the Hobby Shop in nearby Lancaster, Pennsylvania.

“This plane is particularly cut out for doing trick flying,” Stem said. “The deflection of the wing flaps is about 80 degrees. Bush planes are famous for their ability to take off and land in short open areas, in relatively rough terrain. They can even do a dead stick (unpowered) take-off from mountainous regions and glide for miles on end.”

Stem said his new airplane is also well suited for what hobbyists refer to as 3-D flying.

In 3-D flying, a plane may hover nose-up, perform rolling circles and do torque rolls fairly close to the ground. “High speed maneuvers done at near stall or very slow speeds,” Stem said.

Maneuverability is key to the aerobatics of the modern model airplane. But even in the hands of an experienced pilot, planes sometimes spiral out of control.

Long-time club member Art Vail lost control of his beautiful Giles 202 while putting the plane through a series of breathtaking turns. The action on the airfield stopped long enough for Vail and several friends to retrieve the wreckage. Crossing the runway with pieces of his shattered airplane in hand, Vail optimistically announced to the concerned crowd, “The pilot survived.” (Many model planes have miniature lightweight “pilots” set in the cockpits of their aircraft.)

Vail told the Baltimore Post-Examiner that he (like most modelers) has a back-up plane that the salvageable parts will fit into, but he may hold off and instead use them in a brand new project. Another Giles 202 almost-ready-to-fly airplane (that is, a pre-assembled airplane sans the mechanical parts) could run between $150 – $275.

At the end of the day on Sunday, a 50/50 raffle was drawn to benefit Aid Our Vets – a local veterans’ charity.

Franklin Bowen of Lexington Park, Maryland won the 50/50 drawing and immediately donated the prize to the veterans’ organization.

“I bought a few tickets never expecting to win, so I’m glad to give (the money) to the veterans’ organization. Besides, the vets can use the money better than me,” Bowen said.

Between the raffle and cash donations made by members of the club, the event raised more than $250.00 for Aid Our Vets.

Leaving the airpark early to catch the light rail to another event in town, this reporter turned just in time to see Tim Stem’s “Bigfoot” soar above the trees in the distance. I was well out of earshot, but thanks to Max I knew what was coming by the turns of the agile airplane.

Stem tweaked the stick of his transmitter. He held it… Held it… And then the plane went loop.

The South West Area Modelers fly (weather permitting) every weekend at the South West Area Park. The park is located in Baltimore Highlands, about 3 miles south of downtown Baltimore off of Rt 648, just a short walk from the Baltimore Highlands light rail stop. The park also is accessible by car. Travel east on the south end of Baltimore I-695 beltway, take Rt. 648 (Old Annapolis Blvd) north about 2 miles. Turn right on Georgia Ave. Drive several blocks to the end of Georgia Ave and cross the light rail tracks into the park to the end of the road. Turn right and go through the gate to the top of the hill and you are there. Additional details may be found here. 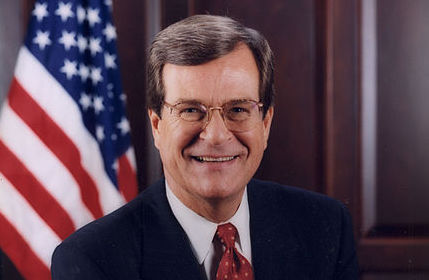