Maryland delegates are pushing back against high prescription drug costs, but their proposal stops short of setting drug price caps for all Marylanders.

Instead, the House of Delegates advanced a proposal Tuesday that will limit what the state will pay for the prescription drugs of state and local government workers and institutions.

HB768 would establish a Prescription Drug Affordability Board – the first in the nation — to establish upper limits on payment for high-cost medication with the aim of reducing costs.

Though originally intended to cover all Marylanders, the bill was scaled back and heavily amended in the Health and Government Operations Committee, gaining the committee’s approval Friday by a vote of 19-3.

“The goal of the board is to make drugs the most affordable they can be,” said Del. Bonnie Cullison, D-Montgomery, chair of the Insurance and Pharmaceuticals Subcommittee, in describing the bill on the House floor. Del. Joseline Pena-Melnyk, D-Prince George’s and Anne Arundel, is the lead sponsor. It’s cross-filed in the Senate asSB0759, with Sen. Katherine Klausmeier, D-Baltimore County, as lead sponsor.

The sponsors explained their position in an opinion piece published Feb. 21 in Maryland Reporter.

Cullison countered: “We’re not telling the pharmaceutical company what they can charge. We’re telling them what Maryland will pay.”

Fisher also questioned how the board would determine whether a drug was affordable or not. “My concern is that affordability may change from year to year based on the state’s deficit,” he said.

Cullison answered, “The beauty of the board is that it’s constantly being charged to evaluate its decisions.”

Delegates rejected two Republican-sponsored amendments, including one proposal that would nix the idea of a new board and instead follow New Jersey’s lead in contracting with a pharmacy benefits manager to oversee the state’s prescription drug program.

The bill also advanced despite an objection that manufacturers may charge more to private sector patients in order to make up for state government paying less.

Board to look at high-cost medicine

The bill budgets $617,300 from general funds in FY2020 to establish the board and implement the bill. Funding in future years would come from an annual assessment on drug manufacturers, according to the fiscal note.

Amendments on the floor fail

Del. Christopher Adams, a Republican who represents Caroline, Dorchester, Talbot, and Wicomico counties, said he was concerned the legislation would lead to increased drug prices for private sector employees. He introduced an amendment that would require the state to contract with a pharmacy benefits manager to oversee the state’s prescription drug program. He said the amendment was modeled after a program in New Jersey that has resulted in a savings of $1.6 billion to the state. “That’s 18% of their drug expenses over a three-year period,” he said.

“The current bill is unprecedented in the nation,” he said, questioning its constitutionality. “You’re trying to take the state’s regulatory authority and preempt federal authority. You can’t do that,” he said. “These companies operate in a free market environment…It would be easier for a business to say I won’t do business in Maryland.”

Del. Daniel Cox, a Republican representing Frederick and Carroll counties, proposed an amendment that would have allowed someone who was denied a prescription drug by the board to pay market cost to receive it.

Cullison responded that “under no circumstances would the board be denying medication.” She said paying market price is an option under the bill if insurance will not cover the cost of a drug.

The bill now moves on to a third and final reading and vote in the House.

Last year, a similar bill, HB1194, passed the House with amendments and received a favorable report from the Senate Finance Committee on the last day of the General Assembly’s session, but no further action was taken. Its cross-filed bill, SB1023, did not advance beyond a committee hearing.

Democrats should come out swinging for the midterms 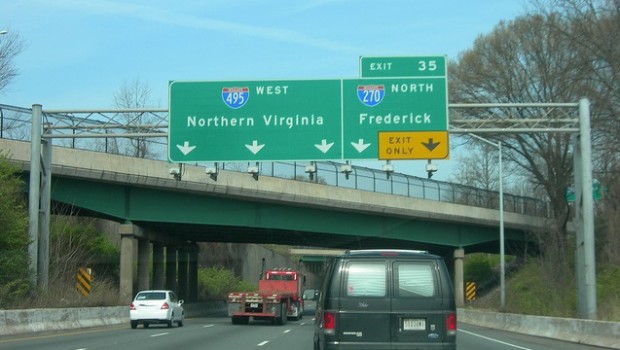