Cloud Computing comes up on Classic Empire to win the 2017 Preakness in the final stretch. Governor’s Office Photo

Last weekend should have been the last Preakness at Pimlico, but it probably won’t be.

Pimlico needs $300-$500 million overhaul to remain viable as the home of the Preakness, and its owners, the Stronach Group of Ontario, Canada, don’t want to pay for it. They could be betting that the tradition of the Preakness at Pimlico along with Baltimore’s inferiority complex will guilt-trip our state’s politicians into ponying up a half-billion dollars needed to make Pimlico a winner—socializing risk while privatizing reward.

Or they could be hoping the state wants to keep the Preakness so badly that it will put some of its taxpayer dollars into where they put their own investment, the track at Laurel Park.

Marylanders love the history of the Preakness. As WYPR’s Ric Cottom noted in last weeks delightful edition of “Your Maryland,” the Preakness began when Gov. Oden Bowie wanted to host a high stakes horse race in Maryland, but was in need of a track. In December 1869, the Maryland Jockey Club bought a property with a racing circle on it from an Englishman who grew up near Ben Pimlico’s tavern in London.

In October 1870, Governor Bowie’s Dinner Party Stakes race was run at Pimlico and the winner was a colt named Preakness. The first Preakness Stakes was run in 1873, two years before the Kentucky Derby.

Pimlico is a run-down facility, and horse racing is long past its heyday. At present, Pimlico only races horses 12 days per year. In addition, Pimlico is hard to get to, as Baltimore has grown up around it. Northern Parkway, Pimlico Road, and W. Belvedere Ave. border its 140 acres, with aging homes packed in on two sides.

By contrast, Laurel Park is easier to access. It is equidistant to Baltimore and Washington, sits between I-95 and 295, has a MARC train stop, and is near BWI airport.

Laurel Park sits on 260 acres setback from Brockbridge Road and the MARC line, with some surrounding green space. And Laurel has been approved for 162 days of racing this year.

Folks may be nostalgic for the tradition of horseracing at Pimlico, but the facility is past its service life and is no longer economically viable. Nostalgia is not enough to justify putting taxpayer money into the old nag.

Saying so long to Pimlico may seem like bidding farewell to Memorial Stadium. But even critics of Memorial Stadium’s demise will admit that Orioles Park at Camden Yards is a gem, and the Ravens’ roost at M&T Bank Stadium is first class.

Mayor Catherine Pugh is naturally reluctant to see the Preakness leave Baltimore. It’s about bragging rights as much as anything. Plus, Gov. Larry Hogan, who has a good relationship with Pugh, wants to to keep the Preakness in Baltimore too. Both tout the economic impact of the race.

According to a summary of the economic impact prepared by the Maryland Department of Commerce Office of Research, the 2015 Preakness had an economic impact of $33 million in gross spending.

By contrast, in 2013, Anirban Basu of the Sage Policy Group estimated the economic impact of the Baltimore Ravens at between $150-$200 million, or about $20 million per game, for a facility that cost about the same as the proposed Pimlico upgrade.

The notion that the government, either directly or through the Maryland Stadium Authority should help defray the cost of Pimlico’s upgrade is ludicrous. An “investment” of up to $300-$500 million will never recoup the return on investment. One would think that 140 acres of prime real estate could be put to more productive use.

The 2018 gubernatorial election offers an interesting twist to the Pimlico saga. The Stronach Group can use the Preakness as leverage to get funding from the governor and legislature for Pimlico or Laurel. And you can bet your bottom dollar that Mayor Pugh and the city’s legislative delegation will pile on, playing the “woe-is-us” game on the one hand, and the “save the tradition of the Preakness” on the other hand. But, why?

Baltimore is still reeling from the Freddy Gray riots. It has a soaring murder rate, an astronomically high unemployment rate for black youth and struggling schools. With all the pressing needs facing Baltimore, what message does a half-billion dollar “investment” in Pimlico send to the underserved just so the well heeled can have their annual costume party?

Empirical evidence says the Preakness should move to Laurel Park and that redeveloping Pimlico would be of greater benefit to Baltimore. However, expect our politicians to work out an election year deal to “save” the Preakness at Pimlico because doubling down for Baltimore—even on bad bets—is what they do with our money. 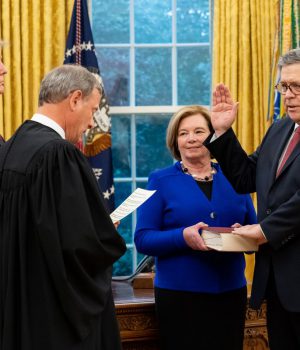