The Harlem Renaissance of the early 1900s was a golden age in African American culture, influencing literature, theatre, visual arts, and — of course — music. In the middle of it all was Baltimore’s Jazz legend, Cab Calloway. Today, his grandson, Peter Brooks, carries on Calloway’s revival.

“This outpouring of culture has captured the imagination of Americans for more than a century and has yet to be eclipsed as the single most important cultural event in American history,” Brooks says. “My grandfather’s heritage set me on a lifelong journey to discover the power of the Harlem Renaissance. It is possible to replicate this power and create a renaissance in our own lives.”

Renaissance and healing for Baltimore’s heroes

Brooks leads a series of 10 healing arts classes for veterans this summer in Maryland libraries. The sessions help veterans combat PTSD with ancient artforms that induce a state of mindfulness. While the classes are focused on veterans, they remain open and free of charge to anyone interested.

According to a recent survey, 83% of all US veterans and active-duty service men and women have experienced PTSD since serving in the military following the attacks on 9/11. PTSD is often brought on by prolonged exposure to trauma and manifests with symptoms similar to depression and anxiety. To manage their symptoms, many turn to drugs and alcohol. Brooks enables people to avoid these potentially harmful coping practices by treating nightmares and persistent memories through mindfulness and meditation.

Why meditation is working

Brooks has developed an artform that combines performance art with ancient practices. While meditation has been practiced around the world for thousands of years, his art-based approach sets his classes apart. “People around the world have been doing this for millennia. We just never looked at it from the perspective of art,” says Brooks.

Using 10 proven mindfulness practices, Brooks enables people with PTSD to reach a deep meditative state. “I call it ‘secular shamanism,’ he explains. “It is secular because it is non-religious, and shamanistic because participants achieve healing by going in and out of a trance-like state.”

The technique is designed to offer positive distraction and immediate relief. Brooks begins by introducing his students to the concept that meditation, prayer, singing, intense focus, and hypnosis are all one and the same. He compares this deep meditation to the moments just before sleep.

Cultures worldwide have tapped into this soothing practice throughout humanity’s recorded history, and Brooks adopts many of those global techniques. His classes incorporate Tibetan singing bowls, Hindu mantras, Native American songs, and recitations to enable veterans to embrace and control the trance-like state.

As part of their military training and active-duty service, many veterans have already developed that semi-conscious state of alertness, being trained to remain aware of their surroundings even when half asleep. Today, Brooks is helping them overcome PTSD by regaining that ability.

As his students relax, Brooks enables them to hack into their own brains. By focusing on positive messaging and visualization, they learn to hit the reset button on overwhelming emotions.

“I targeted my class toward veterans because of their honor, relationship to the land, and history,” Brooks says. “Because of this connection, they have a real head start on understanding and utilizing these practices. Priests have meditated for thousands of years, and so have warriors. My techniques build on the training soldiers receive in the US military, but they are also effective for civilians dealing with stress and trauma in their lives.”

Brooks is a firm believer that everyone must reinvent themselves or overcome incredible obstacles at some point due to circumstances beyond their control. The African-American artists of the Harlem Renaissance, for instance, rose above their challenges to create an artistic revolution.

Brooks says that the same rebirth is possible for anyone. “Enlightenment, creativity, resilience, and sophistication are the gifts that the Harlem Renaissance brought to American culture. Through mindfulness and mental healing, we can tap into them again today.”

Brook’s stress reduction classes will be held from 10 a.m. to 4 p.m. at various libraries throughout Dorchester, Howard, Somerset, Baltimore, and Washington counties. Readers can learn more on Facebook. 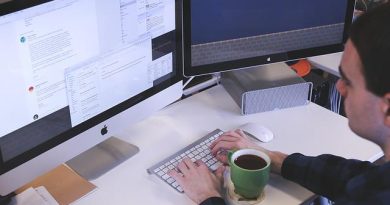 6 Top Modules for SAP GRC: What You Need to Know

SEI Club, Cupid for the Ultra-Affluent