Possibly the most underrated and overlooked of cinematic experiences year after year are short films.    They cover a wide range, from horror to romance, from thriller to family-friendly.  They continually provide opportunities for up and coming directors to show what they are made of.

On March 2nd, a few men and/or women will be joining Martin McDonagh, David Frankel, Taylor Hackford, Nick Park, and John Lasseter as Oscar-winning short filmmakers.  Please do not miss their work.

A pulse-pounding story of a family in dire straits for reasons that slowly reveal themselves, this French short from writer/director Xavier Legrand grabs its audience from the first moment and never lets go.  The ensemble is fantastic and the story believable, terrifying, and heartwrenching.

Aquel No Era Yo (That Wasn’t Me)

Spanish writer/director Esteban Crespo tells the harrowing tale of two doctors kidnapped in Africa by child soldiers.  The flashback approach might not work quite as well and the story occasionally begs for unearned sympathy, but the piece is well shot and beautifully acted throughout.

A young boy is slowly dying in a hospital and his only solace is a janitor who tells him stories of a land called Helium where the boy will go after he dies.  The idea seems intriguing, but Danish director Anders Walter’s approach comes off emotionally manipulative and the story never really rings true nor sympathetic.

Pitääkö Mun Kaikki Hoitaa? (Do I Have to Take Care of Everything?)

A breezy comedy from Finnish director Selma Vilhunen beautifully captures the morning of a wedding for which a family has overslept.  Delightfully funny and surprisingly deep, the over-the-top story never comes across as anything short of charming.

Based on David Mitchell’s novel number9dream, this dark comedy about a psychiatrist evaluating a prisoner who believes he is a god features British stars Martin Freeman and Tom Hollander.  Beautifully shot and well directed by Mark Gill, the piece ever so often struggles to marry its humor with its eerie premise.

A day in the life of the 19th century aristocracy of Versailles Palace is given an absolutely genius twist.  Laugh-out-loud hilarious from start to finish, the short is only let down by slightly stiff CGI animation (but is nonetheless delightful).

A beautifully animated piece tells the simple story of a blue umbrella that falls for a red umbrella.  Writer/director Saschka Unseld makes good use of Pixar’s animation studio to create realistic lighting and texture, but makes the poor choice to cover this up with occasionally blurred-out motion.

A contemplative fable of humans and nature uses beautifully rendered traditional animation.  Writer/director Daniel Sousa displays a good sense for perspective and space, but his plot is perhaps a bit too subversive.

Disney’s animation studio is on a roll this year, and this twist on classic Mickey Mouse cartoons is no exception.  Director Lauren MacMullan makes bold choices that pay off in big ways, displaying the best of what today’s animation can do while providing a delightful slapstick short for all ages.

This piece has a much deeper message than its simple premise (a squirrel looks for his missing scarf) suggests.  George Takei is delightful as the story’s narrator and director Eoin Duffy makes good use of the art style.  But the unabashedly daring efforts of the eco-friendly story come off cynical and just plain odd.

This immeasurably charming short from Luxembourg follows an OCD automaton living in a mechanical world who rescues a robotic dog.  Writers/directors Laurent Witz and Alexandre Espigares make good use of their universe, but their characters and story shine brightest here.

Japanese director Shuhei Morita utilizes a daring art style to tell the story of a tinker who stumbles into a haunted storage shed.  The script is quite rough, but the premise intriguing.  The animation is the star here though, taking anime style angles and shapes and featuring them through a semi-CGI lense.

Room on the Broom

Gillian Anderson, Sally Hawkins, Simon Pegg, and Timothy Spall are just a few of the stars in this recreation of the picture book by Julia Donaldson, written and directed by Max Lang and Jan Lachauer. Axel Scheffler’s animation is beautifully recreated in CGI, but poor pacing lets this otherwise charming short down. 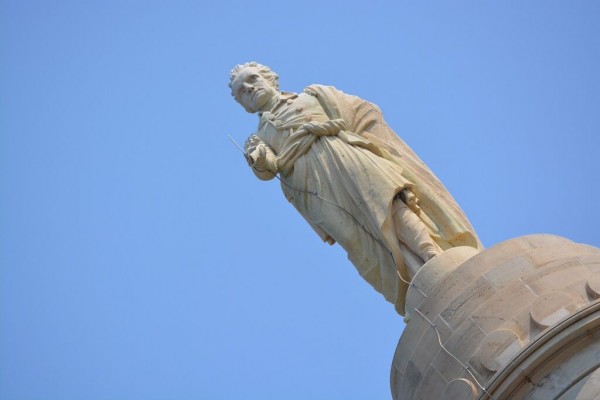 One thought on “Oscar Nominations: Short films should not be overlooked”