I was born in Burma and lived on five continents by the time I was 18. In Burma there were no Christmas trees or Santa Claus to go see. Christmas was a time when my brothers came home from boarding school and the family was together. My mother always had a creative alternative to a tree so we had something to put our presents around.  Sometimes it was a tree of cards, or a tapestry, or a large object like a gong. It made no difference to me since I had never seen a Christmas tree.

When we moved to Mexico we did have a tree.  My brothers would come home from school, we would decorate the tree and the day after Christmas we would hop in the car and go to the beach for a week. We lived in Mexico for seven years and it became a family tradition. I loved it.

In Bogota, Colombia, one of my brothers came home. The other one was living in Australia by that time. Instead of going to the beach we drove down to the hot country and stayed at a finca. It was hot compared to the cool air of Bogota’s 8600 feet. We stayed in cabins and shared meals at long tables.

By the time we moved to Nigeria both my brothers were married and I didn’t see them at Christmas anymore. I would fly in from school. There were no trees. We would open presents in an air-conditioned room that usually had a few decorations or cards but it was hard to be real Christmas-y in that climate. Sometimes we would go on a trip but mostly we stayed home. Played tennis, went to the pool.

After college I was on my own for a year or two but eventually I ended up in the same city with my brothers. The family came back together and we would meet in the U.S. for Christmas. After I got married and moved to Russia I didn’t always make it home. It always felt incomplete.

For the past 10 years I have been making the trek to my parent’s house in Wisconsin for Christmas every year. My whole family descends on my parents during the week between Christmas and New Year’s. It is the only real home my brothers and I have had. Main home was always where the parents were. Second home was wherever we were at the moment. A hotel room could be my home. It was always like that.

I got married 25 years ago and we split our time during the holidays between my family and his. It was the only way our son could get to know both families. Luckily the families didn’t live too far apart.

Ever since my parents moved overseas in the 50’s their house has always been full of art and artifacts from all over the world. When they lived in Burma they purchased a silk tapestry that traveled from country to country with us. Recently it disappeared but last year it was once again part of the living room. I remembered it had something to do with the Burmese king but I knew little about it.  I decided to do some research.

Jim Thompson was an American expat living in Thailand.  During World War II he worked for Office of Strategic Services (OSS).  He was a spy.  He arrived in Bangkok shortly after the end of the war to organize and open the OSS office there.  In Bangkok he worked with Kenneth Landon who was first a missionary in Thailand and then was hired to work for the OSS.  Kenneth’s wife, Margaret, lived with him in Thailand and wrote the book “Anna and the King of Siam” which was also made into the musical, “The King and I”.

By 1948, Jim Thompson had left the OSS and become interested in Thai silk.  He formed the Thai Silk Company and his goal was to revitalize the industry.  In 1951 designer Irene Sheraff was designing costumes for the Rogers and Hammerstein musical “The King and I” and decided to use silk from Thompson’s Thai Silk Company.  That was what he needed.  He was a success!

At one point he thought it would be a good idea to go into Burma and try to revitalize their silk industry.  He did not have much luck but he discovered the royal Kalagas.  These were heavily embroidered tapestries made for the royal palaces of Burma.  The last King of Burma, Thibaw Min, was persuaded to abdicate by the British when they took over the country in 1885 so Burma no longer had kings but some of the tapestries had been around for 150 years.

Jim Thompson had several of the Kalagas copied and sold them in his shop.  During this time, the  1950’s, my family was living in Burma and knew all about of Mr. Thompson and his silk shop.  They purchased one of these tapestries and it has been a part of my parents’ house for many years.  It is beautiful.

In 1967 Thompson took a trip to the Cameron Highlands in Malaysia on holiday and mysteriously disappeared.  There was an extensive search made but nothing was found.  Nobody knows what happened to him or why.  There is much speculation around him and his disappearance.

He left a house he had designed full of art and antiques from Southeast Asia.  It is now a museum open to the public.

Living and raising a family overseas gave my parents a unique perspective on the world they passed on to us. That is why I found it rather funny when I overheard the following conversation.

Mother:  We really do have an odd family

Niece:  Should we take offense at that?

Mother:  Well, no, you are all very interesting.

Niece:  Interesting?  Now I know we are being insulted.

Mother:  But interesting is good.  I can’t think of anything worse than a bunch of boring people.

Niece:  Well, we certainly are not boring.

Mother:  No, none of you are boring!

How could we be boring with parents like that?

The patriarch grew up on a farm in Iowa and ended up spending over forty years as an expat.  He met many Heads of State and he had been to 90 countries by the time he was 90.  The matriarch, who kept up with him all the way, also starting out in a small town in Iowa.  My brothers and I are third culture kids who grew up all over the world.

I married Nicholas, a Russian American whose parents were refugees after World War II.  Nicholas’ father never learned to speak English so Nicholas was his translator from a young age.  Nicholas used to tell me that coming home from school every day he felt like he was crossing a border into another country.  Most of his family still live in Russia.  Our son spent the first six years of his life in Russia and has traveled to many places around Europe.

My brother moved to Australia after college and met and married a woman from New Zealand.  She also came from a cross cultural family with roots in England and Australia.  Their children carry dual passports – New Zealand and USA.  They visit their relatives half way around the world whenever they can.

My niece married a first generation American with Indian roots.  She is now immersed in the traditions and culture of an extended Indian family.  One tradition included a rice eating ceremony for their baby daughter.  For this ceremony they needed a baby sari.  Not just any sari but a beautiful, fancy sari.  They found it was difficult to find one the USA and so she has started a baby sari business.

My parents are 93. My son is off to college next year. The family has grown with new great grandchildren. Things change but we will always have each other and hopefully the annual reunion will continue in some form or other for many years to come.

What are the trending products that you can sell in 2018?

Reasons Why Doing Online Surveys Are Becoming A Trend 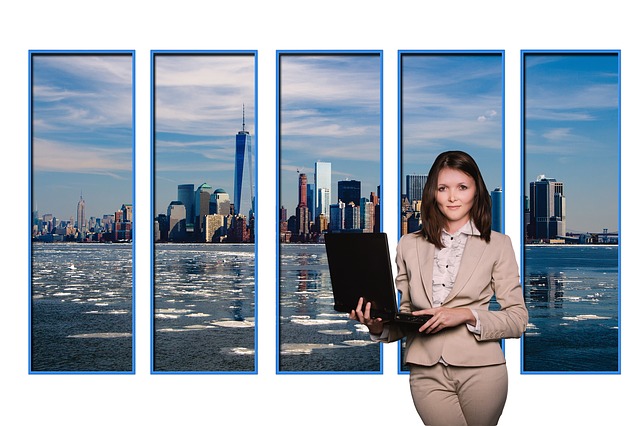 Things to Consider Before Choosing a Windows PC