There is still plenty to play for in each of the NBA playoff semi-finals as the respective match-ups hit the Game 5 mark.

Toronto Raptors, Denver Nuggets, and Milwaukee Bucks have the advantage in their series, while Golden State Warriors are tied with Houston Rockets.

Read on as we assess the latest state of play in each of the four series.

Toronto’s much-needed 101-96 victory over Philadelphia on Sunday brought them level in the Eastern Conference semi-final series.

The Raptors were favorites in the NBA betting lines at 888sport NJ to win Game 5 and they produced an impressive performance to secure a 125-89 victory.

Pascal Siakam (25) and Kawhi Leonard (21) topped the points standings for the Raptors on a night where everything clicked into place.

However, the Raptors have given a lot of minutes to their top six players during the series and fatigue could still play a part.

Nikola Jokic had 21 points, 12 rebounds and 11 assists as the Nuggets tied up their Western Conference semi-final series against the Trail Blazers with a 116-112 victory on Sunday.

The victory came less than 48 hours after Portland’s 140-137 quadruple-overtime victory in Game 3 that took plenty out of both sides.

Denver took a 3-2 lead courtesy of a 124-98 victory on Tuesday, with Jokic impressing once again as he weighed in with 25 points.

With home-court advantage, the Nuggets should progress to the Conference final, but don’t be surprised if this series goes to seven games.

The Bucks are now one just win away from reaching the Eastern Conference finals for the first time since 2001.

Giannis Antetokounmpo scored a game-high 39 points as Milwaukee ran out 113-101 winners against Boston in Game 4 on Monday to make it 3-1 in the series.

Just 11 teams in NBA post-season history have recovered from a 3-1 series deficit, highlighting the size of the task facing the Celtics.

Kyrie Irving’s dip in form has come at just the wrong time for Boston, with the 27-year-old failing to sparkle in the last three games.

If the six-time NBA All-Star can bounce back the Celtics are not out of the series, but it would be a surprise to see Milwaukee fail to progress from this position.

Anyone thinking that Golden State would breeze past Houston in this Western Conference series will have been forced to adjust their mindset after the last couple of games.

The Warriors opened up a two-game lead, but the Rockets have battled back on their home court to tie things up.

James Harden had been struggling for form during the post-season, but 79 points in his last two games show that he is fully back in the groove.

By contrast, Warriors’ star Steph Curry has failed to match his previous playoff performances with his 3-pointers, bagging just four from 14 from deep in Game 4.

Golden State are still favorites to progress, but if Harden continues in the same scoring vein the Rockets could upset the odds. 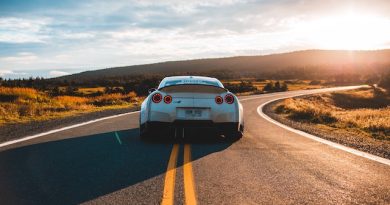 Why (and How) to Purchase the Most Appropriate Auto Warranty

Disinformation is everywhere and you may not even realize it

Why do we live our lives through fictional movies and TV characters?