Maryland’s casino industry has been growing at a double digit pace since casino table gaming was legalized in 2012. But for casino operators, surviving and prospering becomes increasingly challenging in a climate of fierce competition.

Maryland Live, the largest casino in the state, accounted for 76 percent of the state’s total casino business in 2014, with its 4,200 slot machines and 189 gaming tables, according to the Maryland State Lottery and Gaming Control Agency.

Maryland Live’s market dominance was challenged by Horseshoe Baltimore, a similar-sized gaming facility which opened 13 miles away near downtown Baltimore in last August.

In the past 10 months, Maryland Live’s market share has dropped to 60 percent. Horseshoe Baltimore has yet to meet revenue projections.

With the opening of the MGM National Harbor in Prince George’s County next year, the competition will get even more intense. MGM is expected to take 7 percent of Horseshoe’s business and 16 percent of Maryland Live’s in 2019, according to a December 2013 study by Cummings Associates, a consulting company commissioned by the state gaming agency.

Too many casinos too close

“Maryland has too many casinos in too close an area,” said Alan Woinski, president of Gaming USA Corp., which publishes an industry newsletter.

The main urban casinos are Horseshoe and Maryland Live, which own 74 percent of state’s total slot machines and almost all the gaming tables. Despite a decline in business in other states, Maryland’s casino industry is expected to continue growing in 2015 and 2016, according to a October 2014 forecast by Moody’s Investors Service, a credit rating agency.

In a somewhat over-crowded field, Maryland Live remains a stronger player compared with Horseshoe, bringing higher revenue than state officials initially estimated. In November 2013, Cummings Associates projected the opening of Horseshoe would cause Maryland Live’s revenue to decline 15 percent in 2015.

In April, Maryland Live reported revenue of $51 million, a 10 percent decrease compared with the same month one year ago. It is on target to meet the state’s annual revenue forecast for fiscal year 2015, which ends June 30.

In June 2014, the Maryland Lottery and Gaming Control Agency projected Horseshoe would generate $354 million in revenue for the full 2015 fiscal year. It’s now expected to generate much less, $232 million, said Andrew Schaufele, the Maryland Bureau of Revenue Estimates director. The $232 million forecast is based on a slightly shorter time period, since Horseshoe opened in August 2015, 1.5 months into the new fiscal year.

Despite the 1.5-month difference, the new forecast is still a lot lower than original and shows that Horseshoe isn’t doing as well as expected.

The bulk of high taxes the casions pay the state go to an education trust fund, with small amounts dedicated to the horse racing industry and local community aid.

The two casinos’ performance saw the biggest gap in table game revenue. With about the same number of gaming tables, an average Maryland Live table generates $101,973 per month, almost 40 percent more than Horseshoe’s $63,775 per table, according to the state gaming agency.

Maryland Live is in the Arundel Mills mall, the second-largest mall in the state, located halfway between Baltimore and Washington, and just south of BWI Airport. It is directly off the Baltimore-Washington Parkway, a major highway between the two cities. “They have a built-in clientele in the mall. The casino itself is also huge,” Woinski said.

By contrast, Woinski said Horseshoe’s urban location puts the business at disadvantage. “I never believe in the idea of ‘city casinos,’” he said. Studies of other cities show urban residents have gambling alternatives nearby.

(On Saturday, Jeff Barker of The Baltimore Sun reported that Maryland’s five casinos have asked the state to let them reduce required payouts on slot machines, according to state records obtained by the Sun through a Public Information Act request. This move could boost casino revenues, reducing tens of millions of dollars in winnings from customers, but it wouldn’t reduce the state’s take.)

Football could be factor

Horseshoe Baltimore is next to the M&T Bank Stadium, home of the Baltimore Ravens. State officials originally thought the 2014 football season would boost the casino’s business, but it proved otherwise.

“It can be the traffic in the area (of the stadium I-95 and I-295) that drew more customers to Arundel Mills. Or it can be football itself,” said Schaufele. “Football is so popular in Baltimore. People stay at home watching Washington football games instead of going to casinos.”

Jones said the stadium business itself had a negative impact on the casino business. “During weekends and peak hours, traffic and high event parking charges will drive customers away from the casino,” he said. Maryland Live and Horseshoe didn’t respond to email and telephone messages requesting comment.

llion MGM resort casino in National Harbor, about 10 miles south of downtown Washington, D.C., which is expected to open in mid-2016. The MGM casino will have 3,300 slot machines and 160 gaming tables, comparable to the casino scale at Maryland Live and Horseshoe. In 2019, MGM is expected to bring in an additional $575 million in casino revenue to the state.

Unlike Maryland’s five existing casinos, MGM is positioning itself as a “destination” casino. Cummings Associates estimates MGM will attract 70 percent of its business from outside Maryland.

“Our mix of resort and entertainment amenities will be unique to the market,” said Gordon Absher, a spokesperson for MGM Resorts International. “Our resort will offer customers a higher level experience than our competitors are able to deliver.” 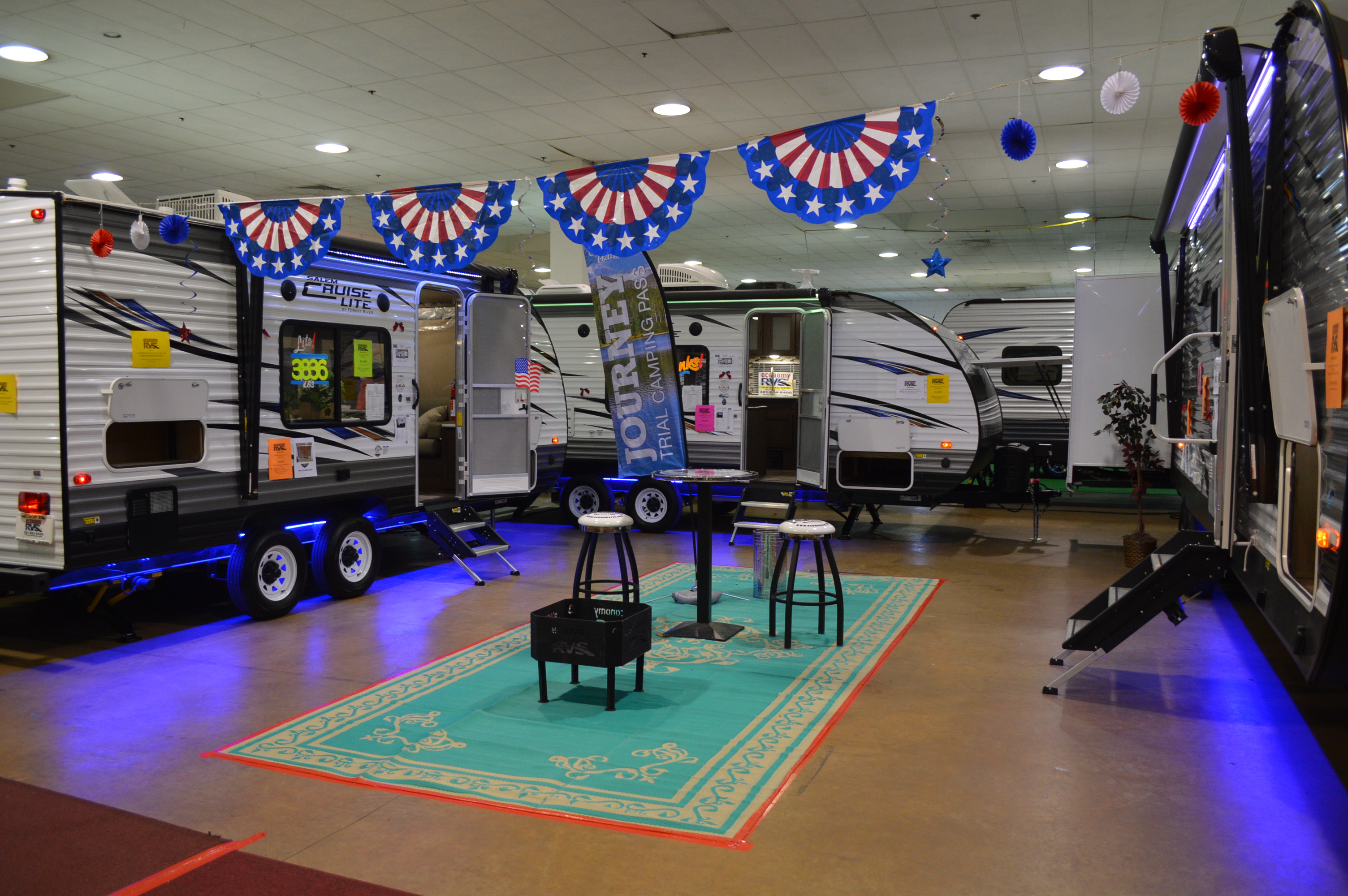 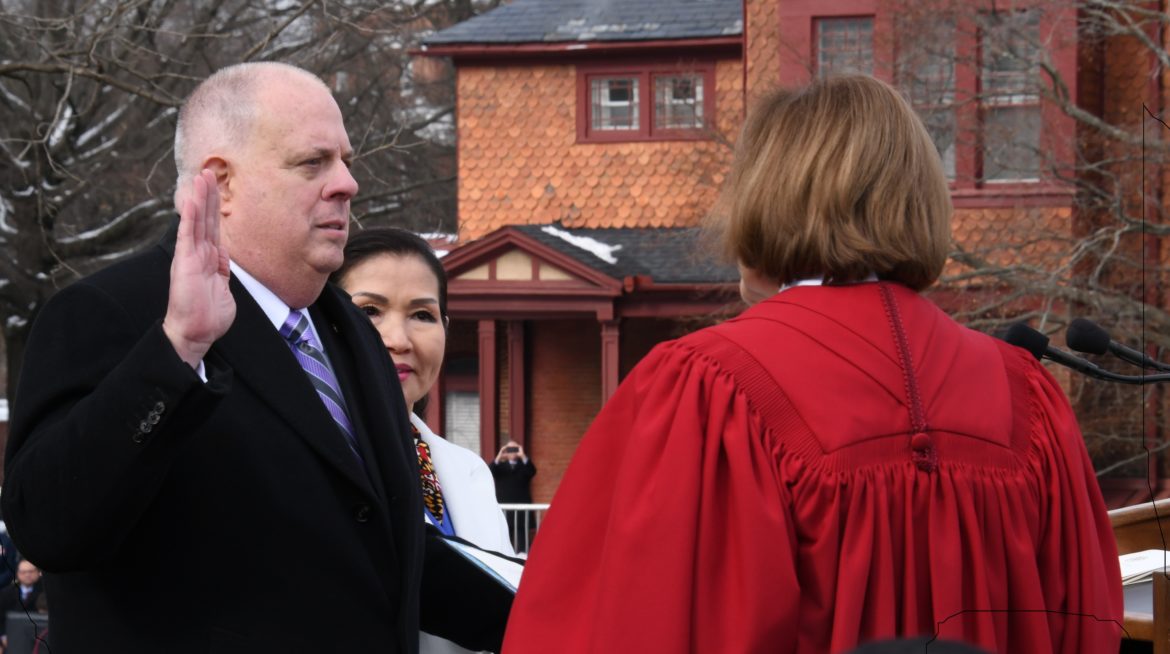 Hogan running for president was all talk