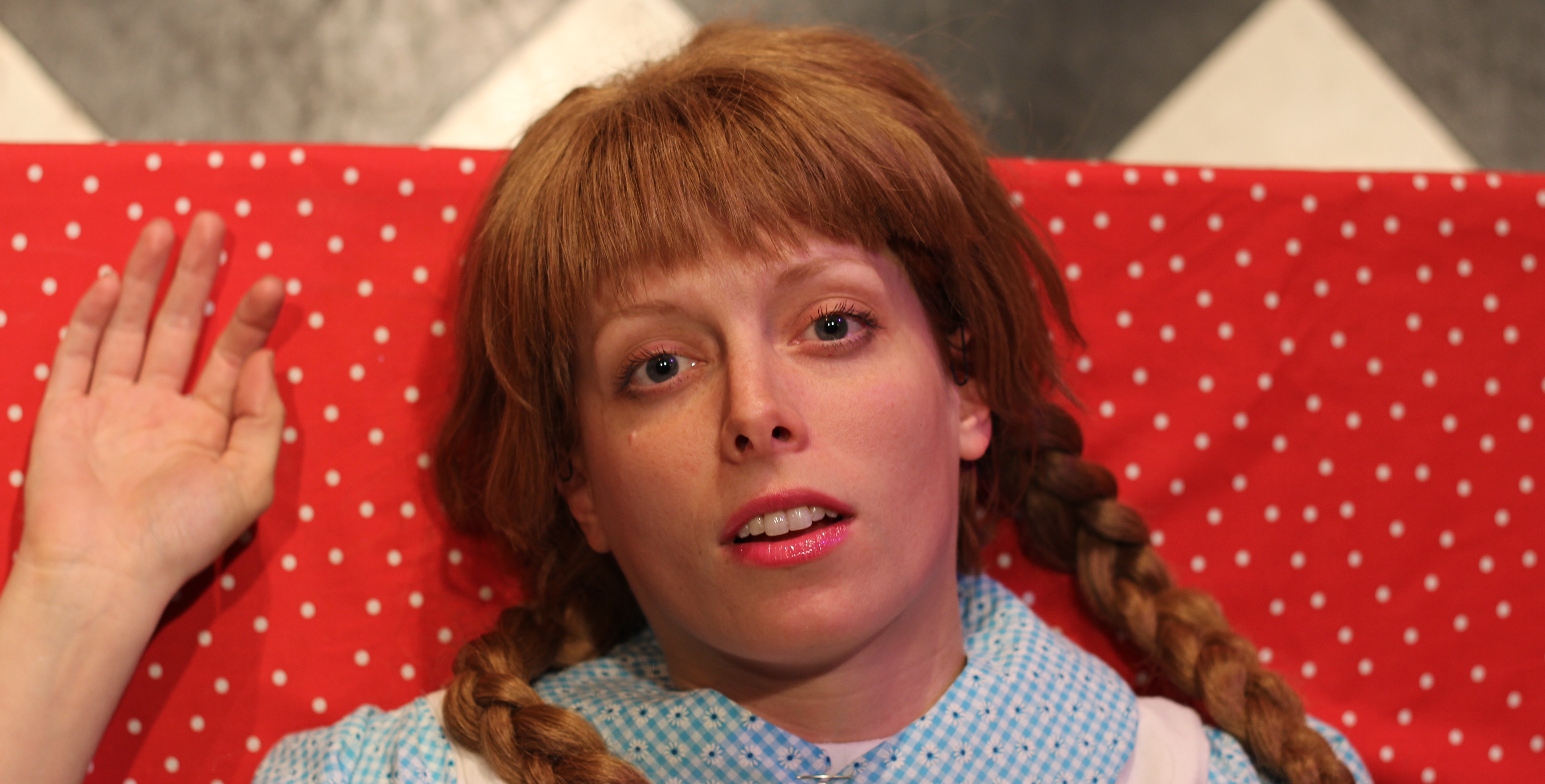 Poor Mary Hartman. She leads such a tangled life. Her icy marriage is on the rocks. Her senile grandfather has been arrested for flashing. Her daughter is being stalked by a mass murderer. And her floors have a waxy, yellow build-up.

Such are the troubles a small-town housewife could only encounter in a syndicated soap opera guaranteed to make your hands look younger.

Mary Hartman, Mary Hartman – the camp Carter-era comedy about the deadening effects of consumerism – is getting a caring reboot at Annex Theatre.

Affectionately adapted and directed by EMP’s Maggie Villegas, Mary Hartman, Mary Hartman (MH2) gave mid-seventies Americans something even stranger to watch during dinner than Gene Rayburn’s phallic microphone on Match Game PM. The show – which was set in the fictional hamlet of Fernwood, Ohio – would run for 325 episodes before the title character (played by Louise Lasser) popped her last piece of toast and ran off with a randy police sergeant. MH2 continued as Forever Fernwood for 130 more episodes before spinning off a talk-show parody called (successively) Fernwood 2 Night/America 2-Night. Almost 40 years later, what could have become a mere footnote in the annals of television history has morphed into a cult classic enjoyed by a new generation who has never waxed a kitchen floor, tasted a cup of freeze-dried coffee or battled a belted sanitary napkin.

To try to explain the absurdity of MH2 is to descend down a ridiculous rabbit-hole. Briefly put: Mary Hartman tries to see life through the rose-colored lens of the commercials that surround her. No problem is so great that a carefully picked product or a self-help article can’t complete a cure. Not that there’s a cure for a former classmate who would murder five people, two goats and eight chickens.

Adding to Mary’s problems is the constant barrage of well-meaning advice from her coquettish sister Cathy; her mother Martha Shumway; and her country-star wannabe neighbor Loretta Haggers. Her husband Tom has lots to say too; at least to his father-in-law George Shumway, and their mutual friend/co-worker Charlie Haggers.

Unlike most television comedies, MH2 did not have a canned laugh track – hence, hilarious lines were often rendered with a delicious deadpan delivery:

Sgt. Foley: What do you take in your coffee?
Mary: Ummm… black, with cream.

Charlie: You know, I’ve been thinking. Out of the ashes of the Lombardi tragedy is gonna come something really great. Like the man said, it’s an ill wind that doesn’t blow somebody good.
Tom: What’s so good about five dead people, two dead goats and eight dead chickens?
Charlie: What I mean is Lorretta has written a song about the whole thing.
George: How can somebody write a song about something like that, Charlie?
Charlie: C’mon, George. You don’t understand Country and Western music! It’s about the real things in life. Murder, train wrecks, amputations; faucets leaking in the night. All stuff like that. 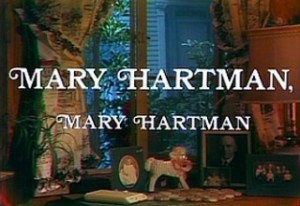 Admittedly, the Annex production is less theatre than playful tribute. Villegas has carefully transcribed and condensed several episodes to produce two-plus hours guaranteed to enchant Mary’s fans. If that was it, this would still be a show to recommend. But many today weren’t around when MH2 originally aired, nor have they seen the episodes which are available on YouTube and DVD. So Annex has mounted a production which quickly grabs the uninitiated with a simple set, some original video, a heap of great writing, and a nearly perfect cast.

As our heroine, Mary Hartman, Carly J. Bales takes hold of the long red pigtails with both hands, as she vacuously moves from scene to scene with deceptive ease. Bales added a lot of little Louise Lasser touches (such as rubbing her teeth when she was nervous) and wonderfully conveyed the loving lostness of Mary’s character. Simply splendid.

Rjyan Kidwell (Tom) is so disconnected you just want to slap the man, while Rick Gerriets (Sgt Dennis Foley) is so doggone nice, you want to slap him even harder. Kudos, gentlemen.

Connor Kizer’s performance as Grandpa Larkin was a decidedly cantankerous one-note affair, but in this case that was not a bad thing, since Grandpa is supposed to be a high-strung, grating character.

Dave Iden’s early appearance as Officer Jerry was far too frantic for this critic, but that same frenzied approach works very well when he later appears as the caged killer Davie Jessup. Aaron Lee Estes (George Shumway) also had a few awkward moments early in the show. Blame that on a case of opening night jitters.

Surprisingly spirited is Madison Coan’s take on Mary’s daughter Heather Hartman. Like Grandpa Larkin, the character of Heather is designed to annoy, but Coan pulls back just enough to give the other actors some space to breathe. Added to that, her transformation into a vixenish panelist in the David Susskind segment is quite dramatic.

On the creative side, Rachel Dwiggins clearly had fun with the clever video design (note: watch the TV closely), and David Crandall does a fine job bringing the sound & video together.

Emona Stoykova’s simple set transforms easily with the help of some casters, a few backdrops and an ever-yielding kitchen table. Samantha Bloom’s costumes are a frighteningly real blast from the past.

Be fore-warned – this show runs long. At least it feels that way. By the last twenty minutes, The David Susskind segment begins to wear like a late-night ride to the airport on polyglas tires. But overall, this production has a lot to offer both fan and newcomer alike.

You’ll feel a new confidence and your friends will notice the glow.

Mary Hartman, Mary Hartman runs now – February 8. Running time for the show is about two hours and thirty minutes with one fifteen minute intermission. The theatre is located at 1 West North Avenue in Baltimore, Maryland. On street parking is available (be sure to check the meters). Please be aware that tobacco products are used during this show. Tickets and more information may be found at Annex Theatre or by visiting the event’s Facebook page.

Still Too Dangerous for America to Re-Open for Business