Editor’s Note: If MLK had survived that assasination attempt, the future would have been different. Let’s take another look at what could have been if not for a bullet that changed history on April 4, 1968. If the great Civil Rights leader had lived through Vietnam, Sept. 11, Reagan, the Bushes, Enron,  the 2008 economic collapse, Bin Laden, and the iPhone;  what would the world be like today?

The death of Martin Luther King Jr. on his 85th birthday on January 15, 2014 was solemnly commemorated across the United States and around the world with a flood of tributes. Yet so short is historical memory that it is easily forgotten how this now-revered figure retired from the presidency in 1976 with one of the lowest approval ratings in history and facing widespread public disillusion. It would have confounded the near universal consensus of disapproving media pundits of the day that King would come to be revered and recognized as one of America’s greatest presidents alongside George Washington, Abraham Lincoln and Franklin Delano Roosevelt.

So revered was King in his final decades as the “Soul of America” around the world, that it is also startling and almost inconceivable to remember how close we were to losing him.

A would-be assassin later identified as James Earl Ray, a minor criminal, shot and wounded King in the shoulder in Memphis, Tennessee on April 4, 1968. That shot changed the course of history, though not in the way the gunman intended. After his friend, Sen. Robert Kennedy was assassinated in a back passage of the Ambassador Hotel in Los Angeles by Sirhan Sirhan on June 6, 1968, King dramatically threw his hat into the ring in the race for the Democratic Party’s presidential nomination.

In words that still ring in the memories of hundreds of millions of people, King then declared, “Enough is enough! It is time to end the tyranny of the gun, it is time to defy the conspiracy of fear!” His entry into the race transformed it. All the supporters of Sen. Kennedy, who had just won the crucial California primary before being murdered, flocked to him. “Thank God we still have Dr. King,” a tearful Ethel Kennedy exclaimed. “Without him now, we would face nothing but despair.”

The previous peace candidate, Sen. Eugene McCarthy of Oregon immediately withdrew from the race and threw his support to Dr. King. “To be honest, I had never liked or trusted poor Bobby Kennedy,” McCarthy recalled decades later. “Had Bobby lived, I would have fought him until the convention. His opposition to the Vietnam War was too late, too reluctant and too convenient for me to credit it. But Dr. King was another matter. He has always been a figure of rock-like integrity. I knew that if he were elected on a platform to end the Vietnam War, he would do it.”

The issue was never in doubt. A discredited, and increasingly angry and even hysterical Vice President Hubert Humphrey fought on for the nomination but it was a lost cause. Recognizing the inevitable, Chicago’s Mayor Richard Daley declared for King.

Humphrey supporters later claimed that they were unceremoniously marginalized and even mishandled by the Chicago police at the triumphal Democratic Party convention that approved King by acclamation. Daley treated these complaints with indulgent amusement, “Who ever heard of Chicago cops roughing up anybody, especially nice middle class college kids?” he said.

Republican candidate Richard Nixon became a two time loser. He lost by a landslide and then declared, “Well, I guess I’ve learned my lesson. You boys in the press sure won’t have Dick Nixon to kick around anymore. And this time, I mean it”

After the largest and most joyous inauguration in history, King astonished the world once again by selecting Sen. Eugene McCarthy as his secretary of state and previous hardliner Henry Kissinger as his national security advisor. (Sen. George McGovern of North Dakota became a successful and well-respected secretary of defense). King’s first executive action was to fire J. Edgar Hoover as director of the Federal Bureau of Investigation. (Hoover turned down King’s offer to be US ambassador to Upper Volta).

Kissinger was widely distrusted by Democratic Party insiders who knew he had previously been working closely with both the Humphrey campaign and with Nixon. “The man would have been at Nixon’s right hand. He would have urged Nixon to keep us in Vietnam for another four years!” the Rev Ralph Abernathy complained to President King. But King was adamant. “I only ask of a man honorable actions. I will not judge him on what might have been or what never was,” he famously answered.

In the event, Kissinger richly repaid King’s faith in him. He negotiated an end to the Vietnam War within a year and then pioneered a new era of détente with both China and the Soviet Union on behalf of his president. “I bet you would never have done this for Nixon,” King joked to Kissinger when he became a guest of Mao Zedong as the first American president to visit Beijing in 1972.

King’s first term was a triumph. He is also credited with convincing Israeli Prime Minister Golda Meir to accept the peace proposal offered by Egypt’s new President Anwar Sadat in 1971. “I would never have trusted or believed Sadat if President King had not endorsed him so strongly,” Mrs. Meir later recalled. It took another two and half years of tortuous negotiation, but finally, in the Muslim holy month of Ramadan and on the Day of Atonement, Yom Kippur, most sacred day of the Jewish religious year in 1973, the Israeli-Egyptian Peace Treaty was signed. “We now have a Yom Kippur Peace. The only alternative was a Yom Kippur War,” King said. He was criticized for exaggerating.

Meir and Sadat shared the Nobel Peace Prize. It was widely believed the real credit should go to Dr. King but with his usual wry humor and self-deprecating modesty he demurred. “I already have two,” he joked, referring to the prize he received in 1970 for ending the Vietnam War. “There isn’t room in my den for another.”

However, like so many other great presidents, King had a vastly more difficult time during his second term of office. The Organization of Petroleum Exporting Countries quadrupled global oil prices in the notorious winter of 1973-74. Then, in 1975, North Vietnam broke its peace agreement with South Vietnam and overran the South in a blitzkrieg tank campaign.

The fall of Saigon revived the Republicans’ long moribund political fortunes in the United States. “Jerry Ford and I would never have sold out South Vietnam or let Saigon fall!” a reenergized Richard Nixon declared, launching his own third presidential campaign with running mate Rep. Gerald Ford of Michigan. Soaring inflation boosted by the rise in energy prices also fueled domestic discontent and King’s own lame-duck status didn’t help.

King was also damaged when his vice president Edward Kennedy was exposed in a sensational sex scandal by his former lover Mary Jo Kopechne. There were also rumors about King’s alleged dalliances with singing stars Aretha Franklin and Gladys Knight.

King’s Housing and Urban Development Secretary, the Rev Jesse Jackson, tried to deflect the mounting rumors. “Even a saint is flesh and blood,” he joked. But his levity broke no ice and was not appreciated by the King White House. King’s approval ratings when he left office in January 1977 were less than 20 percent, as low as Harry Truman’s had been in 1952. But like Truman, he was quickly revaluated and his presidential reputation has soared ever since.

King was helped in this by Nixon’s embarrassing failure to prevent the Islamic Revolution in Iran in 1978 and the 444 day humiliation of US hostages being held there afterwards. It was only when Ronald Reagan, the former governor of California, defeated Nixon for the 1980 Republican presidential nomination and then won the presidency, that the hostages were freed.

King was strongly critical of Reagan’s domestic policies, a major reason why the genial Californian was held to only a single term in office before King’s protégé, the Rev Jesse Jackson, was elected in a sweeping victory over him in 1984. But the two men shared sunny dispositions and a positive view on life and became lifelong friends.

It was during the 1980s, as his public standing revived, that King transformed the perception of what retired presidents could and should do. He launched his King Peace Foundation and designed ambitious highly successful programs for urban renewal at home and to end conflicts abroad. His enormous clout and the intellectual expertise he gathered at his foundation in Atlanta is credited with the success of President Jesse Jackson and his young vice president Bill Clinton in passing single-payer universal health care in 1986.

King and his foundation also played a huge role in ensuring the banning of automatic and semi-automatic weapons for private use, the other great accomplishment of the two-term Jackson administration. He then negotiated peace accords to prevent the outbreaks of civil war in the former Yugoslavia in 1992 and a feared genocide in Rwanda in 1994 as the personal envoy of President Bill Clinton (who always joked that he was “really America’s third black president. It was the only way I could get elected.”). For these accomplishments, King received his third and fourth Nobel Peace Prizes. “I guess I’ll have to get a larger den,” he joked.

King’s lasting influence ensured a long era of democratic liberal political dominance in the United States. But nothing lasts forever. And in 2008, young Republican Sen. Barack Obama of Illinois won a landslide victory over liberal Democratic Sen. John McCain after a period of economic stagnation. King campaigned in vain for Democratic Party loyalist McCain, but took the defeat with good grace. “At least you’re the right color,” he joked to the new young president.

Aged 95, former President Nelson Mandela of South Africa, despite poor health, personally insisted on flying to attend King’s funeral. “Thanks to President King we got the end of apartheid in 1972,” he said. “Had it not been for him, we might have had to wait another 20 years for it.”

Many of King’s achievements have been contested over the years. It has been argued that Yugoslavia would not have collapsed into civil war in 1992, or that there really was a threat of genocide in Rwanda in 1994. Others have claimed that Egypt would never have dared to attack Israel in 1972 or 1973 if King had not convinced Mrs. Meir to accept Sadat’s peace proposal.

However, King’s stature remains undisputed. Again and again, he showed his own people and the global community a better way to end hatreds and problems. Our world would be unimaginable without him.

“I was a decade older than him. He was taken away from us too soon,” a weeping Nelson Mandela said at the graveside. 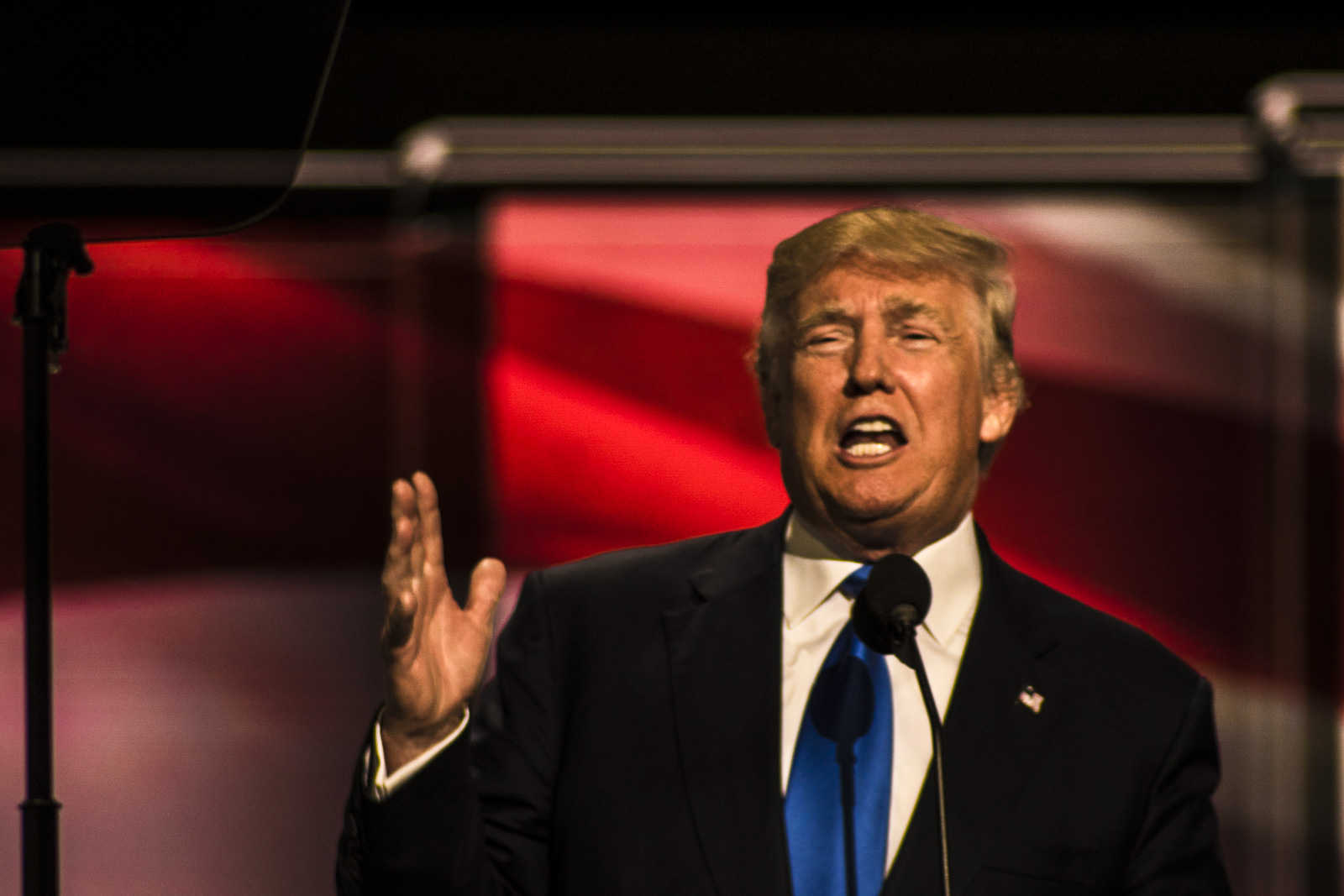 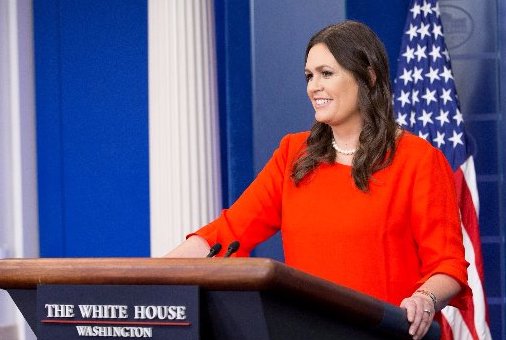 Sarah Huckabee Sanders will find many friends at Fox

5 thoughts on “If Martin Luther King Jr. had lived, he would have become one of the greatest presidents”