I had almost no success with girls until junior year of high school.  I thought everyone was out to get me (they still are).  I took everything personally (I still do).

In my 13-ish years of dating, I’ve had 4 serious relationships and 8-10 other girls whom I dated for a while, but nothing really came of it.  I also did a lot of stupid things at UMD, Florida, Virginia, Boston, and California, where I lived for two years.  I was with a girl for about a year who I thought might be someone I could be with for a while, who then proceeded to break up with me after I was diagnosed with Ulcerative Colitis.

A long time ago, I dated not once, but twice, girls who were seniors in high school, who both told me (and I believed) that we would “definitely” stay together once they went to college.

Of all the women I ever dated, I consider myself on friendly terms with only one of them.

I’ve been writing songs for about ten years now.  I’ve had songs on the radio, performed in front of record executives, and played to packed bars.  I’ve been offered multiple contracts for songwriting and performing abilities.  If you put a gun to my head and told me to go teach a conference on songwriting or the intricacies of women, I would pick women.  Songwriting is hard.

It’s a chameleonic beast; an equation with interchangeable constants and variables where you’re attempting to get to the same answer, but the degree of that answer always changes.  A performance art in which the result can be universally agreed upon how bad or unoriginal it is, yet be a commercial and financial success.

Name me another art where once the creation is complete, your audience doesn’t mind, in face sometimes wants, variation in its performance or presentation.  For example, I really enjoy when a songwriter/singer stays extremely true to the original production when a song is performed live.

I want to hear that big note they went for in the studio, or the lengthy intro, or the cadence in a particular verse.  At the same time though, I appreciate the small changes.  The unexpected repeat of  a word or phrase.  Holding on to a strange note extra long.  A quick breakdown after the second verse that isn’t on the studio version.

Other artists can ruin it though.  The Counting Crows have written a bevy of great songs, but I have heard that their lead singer often completely changes the melodies of their songs when performing live, even “talking” the lyrics, making it almost unbearable for the fans looking for familiarity.

The funny thing is, making the music is easy. It comes together like a puzzle where you have all the pieces, but aren’t sure what the picture is until you’re done   A beat, a melody, a hook.  After writing a melodic section, I will literally just listen to the same 8-20 seconds of a songs over and over, singing things in my head and out loud until I hear something I like.  Then I’ll tweak it.  And again.  And again.  Then I’ll get rid of everything I did because I hate it.

If I like it right away, there’s a chance that’s because I am just recycling something else I heard – That is the biggest misconception in songwriting.  I tried to find the origin of this quote, and I believe it was T.S. Elliot (seriously) who said it first, but not exactly the same way.  I read an interview once where Steven Tyler said, regarding popular songs that, “amatuers borrow and professionals steal.”

I hate that idea.  I understand what he means, but it’s terrible to put that out there as means to success.  He’s implying that the reason you might come up with a great song, or why a listener might love it, is because of the familiarity.  There’s no way to get around the idea that there are a finite amount of musical notes, but that doesn’t mean you need to blatantly steal someone else’s idea.

For example, Chris Brown (who I despise) had a hit song recently with “Don’t Wake Me Up.”  Skip to 22 seconds for the guitar to come in.  Sound familiar?

Take a listen to BBMak’s first hit, “Back Here.”

All almost exactly the same, and if I wanted to, I could find a hundred more popular songs that use almost the exact same chord structure.  Even the vocal melodies are similar.

Lyrics and flow are what make the difference between a great song and a mediocre song.  I’ll save that for next time.

One of my two songs I am highly anticipating is complete.  I am preparing the social media attack.  I hope you all enjoy it.  Unfortunately, the other song’s vocal takes had to be completely scrapped due to a technical glitch.  Brutal.  Hours of takes lost.  In the meantime, please take a listen to the first cover I ever did, which is a combination of Usher’s “You Make Me Wanna” and “Climax.”

Recommendation:  Frank Ocean.  His first full length album, Channel Orange is a “no-skip” album.  He has six grammy nominations.  He has an incredible pop song that is 9 minutes long and worth every second.  Plus, he recently got in a fight with Chris Brown.  What’s not to love? 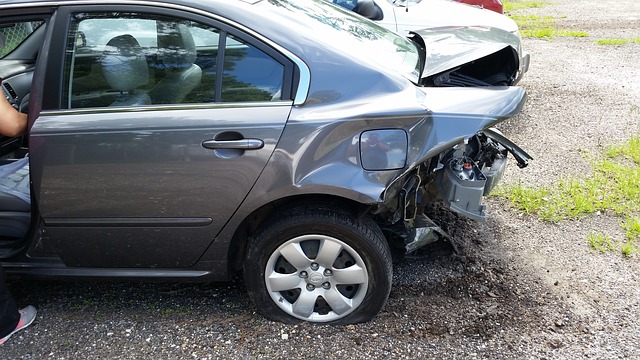 Whiplash After Accident: How Long Should It Last?