We recently were in Madison, Wisconsin for the weekend. My niece went to college there and highly recommended a place for us to eat breakfast. We were told we had to get there early, though, or we would never get a seat. My sister-in-law picked me up at 7 am. I swore at her and said “This better be worth it!”. This was a Saturday, did I mention that?

Mickey Weidman opened Mickies Dairy Bar in 1946. It is a Madison classic and is located just across the street from the stadium that is home to the Wisconsin Badgers football team and is a popular place on game days. It is known for the Scrambler, a large mound of potatoes, eggs, cheese, gravy and a choice of other toppings.

We finally made it there around 8 am. The place was packed and we had to wait a few minutes for a table to be cleaned. The menu was on the wall. Three of us ordered the buttermilk pancakes and a side bacon. They were supposed to be very good. We believed it. One person had French toast and one opted for the Scrambler.

The school mascot for the University of Wisconsin at Madison is the badger. Their teams are all Badgers. Badgers are everywhere. This diner was no exception. They even had a “ladies” badger.

We had been warned about the portion sizes so I ordered only one pancake, a half order. The buttermilk pancake that arrived in front of me could have fed a family of four. It covered the entire plate and was about a half inch thick.  I should have known when I saw the pitchers of syrup on the table. The Scrambler arrived to my right. There was no way anybody was eating the whole thing.

There was definitely no room for the blue ribbon sundae although it looked awfully good!

When we got up to leave about an hour later, there was a line out the door  It was a good thing we were there early! It was a lovely day so we walked over to the Farmer’s Market on the Capital grounds (hoping to work off the enormous breakfast).

The first stall we saw was for venison – elk burgers, brats, bacon. The most popular stalls were for cheese. At one they were grilling cheese and giving away free samples. You couldn’t get near the place. They love their cheese in Wisconsin. And with good reason. Needless to say, we didn’t go hungry that weekend! 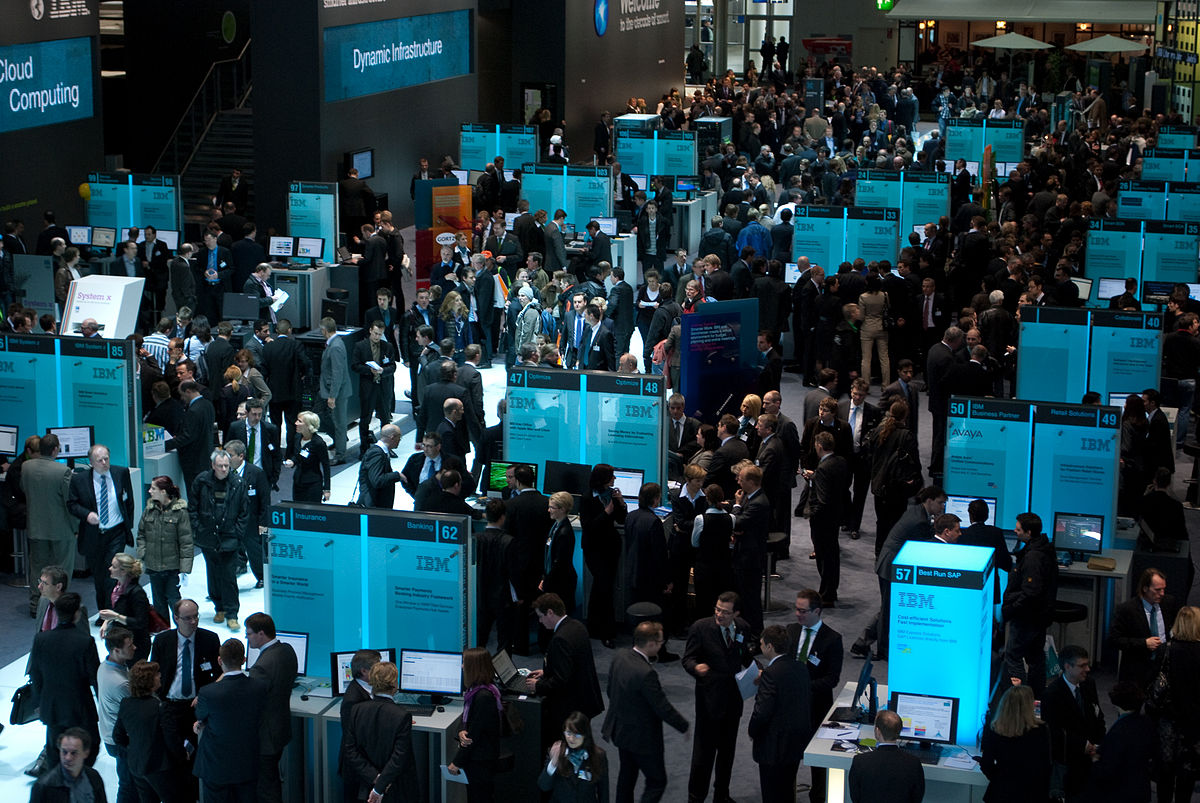 The importance of attending business events

One thought on “Madison, Wisconsin: Slice of Americana”