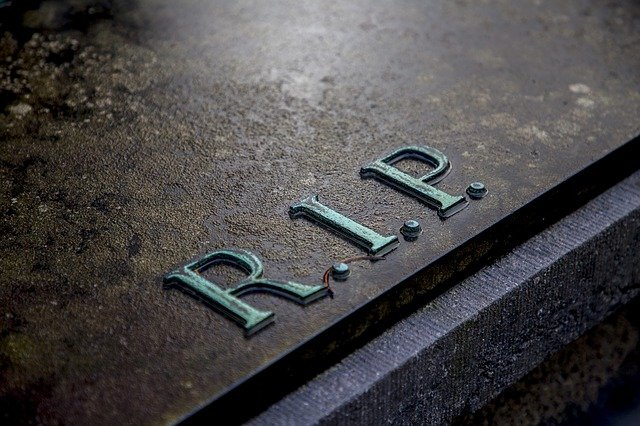 I need to ask for your advice. I will provide you with two quotes. Which one should be on my tombstone? I cannot decide and would appreciate your input. I have not done anything particularly bad or good, don’t know if I have impacted or changed anything or anyone. I think my kids love me, and I know my dog does, as much as a 9-month-old Pomeranian can love.

So, in a generation or less, all that will remain of me is a stone, that is if I can afford one posthumously. I don’t know if I should be cremated or buried, but being buried seems more natural, earthy, and I want to go green, not stink up the air, just a pine casket, no vault, as if I am going to leap out in 1,000 years as my young self. My body should simply go home.

So, here are my quotes:

“Earl, I just want you to know that you are hopeless and that you will never amount to anything. You are hopeless” —Sister Hope, my seventh-grade teacher.

“I would expect all of you to do better than some of the special kids”-my fourth-grade gym teacher right after I won a race.

First, I am serious. At 50, I plan to hang around as long as I can so that I can annoy all of you with exhaustive writing and outrageous ideas. I also plan to provide for my family.

But when one hits 50, it’s kind of a unicorn in reverse, but the light I am seeing is a setting sun, not a rising one. In 25 years, I am likely to be dead. I’ve had too much trauma, so I don’t think my brain or body are up for another fifty.

At this point, I have given up on being happy about my life’s work. I strive to feel content.

Why these? Well, maybe they are right. Maybe they have been all along. Most important is that I remember vividly where I was and what I was doing when my teachers said those words to me. I felt the shock in my chest when my gym teacher said that in front of the school. I learned to never show my feelings, so it stung badly because I sucked at sports. Well, I sucked at everything: sports, English, math, having friends, having girlfriends, and was always sinning against God.

These teachers had such an impression upon me that their comments haunted me, stood out as beacons of clarity. I guess it all comes down to whether I am genuinely special or hopelessly hopeless.

I have another from my “forgot-what-grade teacher” because my memory cannot be as certain, but I was walking the hall and overheard my junior high teachers talking about me. She said, “Earl has a nice penis.” As you all can imagine, I must have turned beat red. I turned around and walked back to the cafeteria. My teachers were having lunch in the classroom. How did she know? I can only say that I had no idea she could see under my desk. I was an adolescent with fast-firing hormones, but I never was seen exposed by her.

“Earl has a nice penis” would certainly make me look better to historians, the occasional cemetery window shopper, or Halloween prankster, but I don’t have enough ego to be remembered in such a phallic way.

In truth, I liked that she said that. It was embarrassing, but finally, somebody liked something about me. If a woman can complement a heterosexual boy that way, that his like an adult winning the presidency. In truth, there was nothing wrong with what she said. She had no idea I could hear her. On reflection, she was one of my favorite teachers. In that way, I am happy that a 40-year-old woman noticed my 12-year-old, you know, self.

No, her comment, nor the boy that pined me in on the bus and touched me repeatedly, did not hurt me. The nurse that fondled me did not hurt me. The first incident was uncomfortable, but I saw that simply this way: he is a bastard, and I will make sure never to sit with him again. The latter, I really didn’t care if she fondled me or not. I was 12, remember, and no harm done. Society tends to make some things hurt more than others. In most cases, society creates mental disorder and makes small trauma big trauma.

Harm is what you make it. We all get hurt, but we hurt differently. No absolute will save us.

But I cannot say that about the first two comments. So here is the dilemma. Sister Hope and that was her real name, must have been an expert in hope. I never doubted that one whose name symbolized the unicorns of childhood could spot a dud, an unworthy child, the devil. But there she stood two stairs above me looking down at me while uttering those words. I thanked Sister and went about my way.

In fairness, I gave her hell. We knew she did not want to teach junior high and that set us on her like a pack of wolves. She rejected us. This only encouraged our necessary adolescent combativeness. I acted out for the first time. I recall her screaming at me to go to the office. I yelled, “OKAY SISTER!” As I walked down the hall to the office, there was my teacher, the phallic-laden one, looking at me with a huge grin. That grin was validation, “Earl, you are okay. It’s not your fault.”

Yes, I was still a child. And though the other Sister, the math teacher concurred to me, “Earl, you just don’t care. You just don’t care!” Yet, she never asked me why I could not care because kids have more going on than what happens at school or with some stupid math quiz. Student engagement starts with a safe and stable home.

Five years previous, my dog attacked my father, almost killing him. I still, to this day, hear the dog’s jaws snapping and gnawing. My mom, all 100 pounds of her, saved my dad’s life. She pulled the police-dog-sized German Shepard by the tail before he went for my dad’s neck. As I wrote before, I wish she had let go.

As the old saying goes, “If you want to be successful, choose your parents carefully.”

The dog was right.

My dad shot him to death with three bullets from a 14-gauge shotgun. The sounds play like a reel in my head, vivid, right there on my shoulder.

That is why I don’t care.

That is why I am hopeless.

That is why I don’t give a shit about someone touching me.

That is trauma, not a teacher liking my penis, a boy touching my ass, or a nurse fondling me.

Yet, as appealing as the “hopeless” epithet is, it did not encompass the brunt of what causes abuse: shame and humiliation. Both offenders and survivors get plenty of doses.

My gym teacher is the winner in making a 9-year-old boy feel like a loser when he actually won. “Special” meant retarded in the 80s. She said it in front of the whole school.

I like the swift brutality of “I would expect all of you to do better than some of the special kids.”

I think you’d all like that one, too. If I was a Gates, Trump, Bezos, or Biden, the irony would be beyond sweet, but if I stay where I am people will look at it with pity and wonderment–“Why would anyone put that on their stone?”  Because for many of us that faced years of abuse, we never feel good enough. Human cruelty is a human universal throughout time.

I put on my mother’s stone, “Always singing beautifully” because she was robbed of the opportunity to sing. Her record producer told her that if she does not sleep with him, the record is off. That is after they recorded it. He was 43; she 16. I always said that my mom died at 16 because she told him to “Go to hell.” She died at 72; the shell of her or what she could be did anyway. Dementia killed her in less than a year. She died still with the dream of being a singer.

In truth, I am not special or hopeless. The cruel words that these adults levied at me were more about them than me. ‘Till this day, I have no idea why my gym teacher hated me as much as she did. I was poor, dirty, and could not afford good sneakers. I think it was that. She should be happy that a girl beat me on a football pass. Girls can beat boys, yet I don’t hate girls for my being poor, hopeless, or special person. I certainly don’t hate them because they are better than I. I just feel disappointed in myself, an outlier of society’s expectations.

My gym teacher was not a bad person. She said a very hurtful thing to me, and adults need to remember that. Sometimes they touch us wrong, say the wrong thing, or hit us or others in front of us. All of these things hurt, but validation, sincerity, and kindness, an apology, go a long way in healing. I wish no vengeance or ill will to the authors of my misfortune. I only hope they understand and learn from it.

One nasty comment can last a whole of one’s life. Some of us have journals full of them. One may just show up on a person’s tombstone.

What do you want on your tombstone?

Judge Henry Hudson can’t hide from his past; Congress will have a field day if Trump nominates him to run FBI 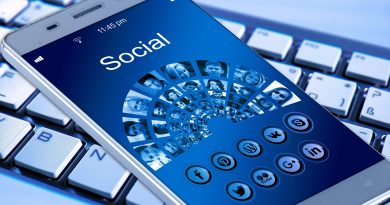 One thought on “Living Willful: Which Tombstone is Best?”