LAS VEGAS — Over one week after Clark County, Nevada Coroner John Fudenberg was ordered by a District Court judge to release the autopsy report of Stephen Paddock, it was finally made public on Friday.

According to the Clark County Coroner Autopsy Report, Case Number: 17-10064, an autopsy examination was performed on the body tentatively identified as Paddock, Stephen Craig at the Clark County Office of the Coroner/Medical Examiner, on the 6th day of October 2017, commencing at 1622 hours. [4:22 p.m.]

The report states, identification was later confirmed by fingerprint comparison. No mention of what date that was or what was the originator of the fingerprints used to confirm Paddock’s identification.

So, the coroner’s office is stating in its official autopsy report for Stephen Paddock that Paddock died on Monday, October 2, 2017 at 12 noon, one day after he committed suicide as we were told by the police, was sometime on Sunday night, October 1, 2017, prior to the police making entry into his room at the Mandalay Bay Hotel.

That obviously is not possible. The only rational explanation is that the autopsy report contains erroneous information, which to say the least is not only a major discrepancy but indicates a level of incompetence beyond imagination.

Clark County Coroner, John Fudenberg is now in good company along with Clark County Sheriff, Joe Lombardo who has shown his incompetence many times with his lies, misleading, convoluted and contradictory statements throughout the criminal investigation of the worst mass shooting in American history.

Just a week ago when the LVMPD search warrants and affidavits were released by court order to the public, we found out that an LVMPD sergeant swore under oath to a judge that police witnessed Paddock commit suicide as they made entry into his suite, 32-135 at the Mandalay Bay Hotel the night of October 1, 2017.

LVMPD Detective Sgt. Jerry Macdonald later told the press that was not true, nobody witnessed Paddock commit suicide and that he was dead upon entry and chalked it up to the confusion of the night and that it was par for the course.

Getting back to the coroner’s report I found another item worth mentioning in the report. On January 30 Fudenberg said that after three months, that he could not release Paddock’s autopsy report because it was not finalized.

What I find interesting is that the autopsy report which is signed by the medical examiner who conducted Paddock’s autopsy, Dr. Lisa Gavin MD, the date she signed the report is 2/5/18, six days after the judge ordered its release, and four months after the autopsy was performed on 10/6/17.

Gavin’s opinion is that the cause of death to Stephen Paddock was of an intraoral gunshot wound of the head. Manner of Death: Suicide.

The autopsy report indicates they recovered a moderately deformed copper jacketed gray metal missile and fragment of copper jacket and gray metal between the occipital dura and partly into occipital skull. No corresponding exit. Trajectory front-to-back and upward.

According to the released documents, the toxicology report on Stephen C. Paddock (Tentative) was issued on 10/24/2017 by NMS Labs, Willow Grove, Pa. and sent to the Clark County Coroner’s Office.

Stanford Neuropathology Consultants, Stanford University Medical Center indicates on their report that Stephen Paddock’s (Tentative) brain was received by them on 11/27/2017 at 1:24 p.m.

Received through the courtesy of Dr. Gavin of the Clark County Coroner Office, Las Vegas, NV and by direct transfer from Coroner John Fudenberg on Monday November 27, 2017 and designated with the decedent name Paddock (Tent), Stephen as well an autopsy report and identifying paperwork is formalin-fixed brain tissue in a sealed plastic container.

That report indicates intraoral gunshot wound of head with penetration of brainstem, cerebellum and left occipital lobe. Clinical history: 64-year-old man expired of a self-administered intraoral gunshot wound. No known past medical history. Electronically signed 12/27/2017. 1:34 PM, I have reviewed the specimen and agree with the interpretation above, Hannes Vogel, M.D.

Why was Paddock’s autopsy conducted six days after the massacre and not sooner?

Why didn’t Clark County Coroner, John Fudenberg release Paddock’s autopsy report immediately when ordered by the judge to do so on January 30?

Why did it take so long to send Paddock’s brain to Stanford University Medical Center since the autopsy was performed on October 6 and SUMC state they did not receive it until November 27?

Paddock is the worst mass shooter in American history and once again an official report from the authorities involved in the investigation indicates false information.

Did anybody even proofread the autopsy report at the coroner’s office before it was released or was it thrown together in haste because the coroner believed it would never be made public?

Whatever the reason is, it shows a level of incompetence, more so because of the magnitude of the investigation of the Oct. 1 massacre.

There is also no mention in the autopsy report, nor is it mentioned in the 81-page preliminary police report released by the LVMPD, on Paddock’s estimated time of death. No mention if any coroner’s office personnel were even on the scene of what should have been a homicide investigation until proven otherwise, in room 32-135 the night of October 1, 2017.

Four months after the massacre and we keep having to ask questions because of incompetency which does nothing but fan the flames of conspiracy. It’s disgraceful.

Never forget the 58 people who died and the 851 who were wounded and or injured on October 1, 2017, during the worst mass shooting in American history that occurred on the Las Vegas Strip.

Six months after the Las Vegas massacre, what do we really know? 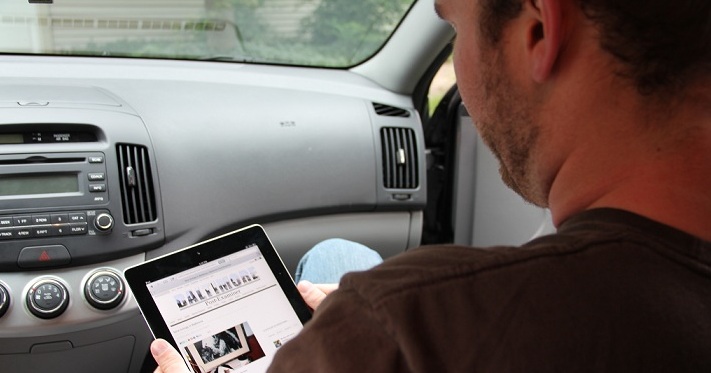