Monday was Labor Day, the holiday created by labor unions to commemorate the men and women who give their blood and sweat to the nation’s great edifice — commerce.

Samuel Gompers, co-founder of the American Federation of Labor (AFL), said Labor Day: “…is devoted to no man, living or dead, to no sect, race, or nation.”

Peter J. McGuire, another co-founder of the AFL, said we should honor the working people, “… who from rude nature have delved and carved all the grandeur we behold.”

Years ago the parades drew large crowds along with a lot of speeches. My dad had a day off from work, the first Monday of September, as it is today. Again, this year, we will have a lot of speeches, principally from politicians who have played a great part in the destruction of the Middle Class and the decline of America’s labor unions.

On the website for the U.S. Department of Labor, they posted: “It is appropriate, therefore, that the nation pay tribute on Labor Day to the creator of so much of the nation’s strength, freedom, and leadership — the American worker.”

The truth is American workers are getting screwed. Manufacturing jobs leave the United States for other countries, only to be replaced by lower-paying service industry jobs. And that’s really the issue. More education isn’t the answer, which is always the stock reply when the topics of out-sourced jobs and depressed wages are discussed. How many college-educated people are working at Wal-Mart, or in the customer service departments of the nation’s businesses?

It’s no coincidence the decline of labor unions has occurred at the same time as the decline of median income while the income for the wealthiest has risen Unions have been taking a big hit, ever since Ronald Reagan became president. Union haters like to claim it’s because of unions that jobs are going over seas. That’s absolutely untrue. Jobs go over seas because our government has been rewarding greed for the past 30-plus years, with tax breaks and incentives, not to mention making it easier and legal for the wealthiest people in America to hide their money from the IRS in off-shore bank accounts.

Back in the 1980s, before the North American Free Trade Agreement (NAFTA), the place to export jobs to was Mexico, specifically that zone just South of the U.S. border where U.S. companies and the wealthiest Mexican “industrialists” set up maquiladoras to exploit Mexico’s cheap labor. And in Mexico the business owners can do things to employees we cannot do here in the states.

For instance: Workers, mostly women, work 12-hour days making roughly $50 a week. If they are 15 minutes late to work they lose three days pay. Garment and electronics workers are given daily quotas and if they don’t make that quota before their usual quitting time they have to stay until that quota is met — without the “luxury” of overtime pay. Union organizers have been beaten and killed.

The stories we’ve read and heard about the working conditions in China are just as brutal. In short: just turn a blind eye to the conditions in these countries. It pays to ship our jobs over seas.

Former Wisconsin Governor Patrick Lucey, former Democrat-turned-Independent, worked as a paid “consultant” for Mexico — after his term as ambassador to Mexico — luring American companies into transferring their jobs, principally from Wisconsin and the Midwest, to Mexico’s maquiladoras.

With the disassembly of the U.S. unions, screwing the American worker got exceptionally easier. Unions — Labor — no longer had a strong position in the business of America. In fact, states began passing laws specifically designed to undercut unions, laws that would ban “closed shops.” Then “At will employment” came into existence; laws which sounds like something good for employees, but actually gives nothing to workers while giving business carte blanche in regards to employee salaries, benefits and most crucially, job security.

Most recently Wisconsin Governor Scott Walker undercut municipal employee unions. Wisconsin had a recall election which Walker survived, as did his union-busting legislation.

Back in the early 1990’s, General Dynamics sold a large piece of its business, much of which was based here in San Diego, making cruise missiles. About 50,000 San Diegans lost their jobs. The condominium complex where I lived began sporting “For Sale” signs everywhere. The residents began moving to places outside of California, renting their condos to people like me because trying to sell them was difficult.

The economic impact has been devastating. Biotech firms have been popping up, filling some of the void, but the vast majority of those lost jobs have been replaced by lower-paying service industry jobs.

In the 1980’s President George Herbert Walker Bush (41) and many politicians on both sides of the aisle lobbied hard for NAFTA and eventually President Clinton signed the “treaty” into law. NAFTA has done nothing to secure the American workplace, including the farms that now employ hundreds of thousands of undocumented, migrant workers.

With cheap produce coming into American grocery stores from places like Chile and Argentina, thanks to NAFTA, the farms that once comprised California’s San Joaquin Valley are quickly becoming developments for houses, condominiums and strip malls.

All across the U.S. the quality of our lives has decreased, except for the wealthiest among us, of course. They’re doing very well!

Both the U.S. Census and the Bureau of Labor Statistics compared our standing in global wages and quality of life with other industrialized nation. In Germany, workers put in on average 37.5 hours per week. American workers are about 50 percent higher. And we get paid less for our efforts, have less vacation time and higher health care costs. In other words, we aren’t doing as well.

We work harder and longer for less. Most people do not take all of the vacation time coming to them because they have a fear of losing their jobs to someone else while away. And it isn’t paranoia. Employers do that, or they lay on the guilt trip about how the business suffers when people go on vacation.

Quality of life is higher throughout Western Europe. In parts of Eastern Europe life is getting better than the United States. In a study conducted by Mercer Human Resource Consulting, cities around the world were ranked for their quality of life. Zurich and Geneva, Switzerland ranked highest, one and two respectively. No U.S. cities were even in the top 25, although Honolulu made the list at 27. Europe, Canada and Australia dominate the top of the list.

These are the issues Labor faces today. What has our federal government done for the American worker lately? Nothing really. Congress can’t (won’t) pass a minimum wage bill or a jobs bill.

The GOP version of a jobs bill is more tax cuts for the wealthy. In the 30 years that’s been tried, giving the wealthiest Americans more tax breaks has never resulted in more jobs for anyone, just an increase in the income gap.

Yesterday was Labor Day, the end to a long weekend that is itself the end to a short summer.  That’s really the extent of our understanding of the holiday, such as it is. It’s another day to party, to hit the beach and take advantage of another federal holiday.

This year though, remember why you have this day off. Did you take as much vacation time as you wanted? Do you still have vacation days on the books you’ll lose because you won’t take any more time off?

Did your boss take far more vacation time than you? Does he or she drive two different cars to work while you spend an hour or more commuting each way on public transit? Do you wonder why it is that in the most prosperous nation on Earth you struggle to make ends meet at the end of the month, even though you work two jobs?

Think about the fact that you had to work on Saturday — like you do every week — so you don’t really get a three-day weekend. Then ask yourself who is really waging class warfare.

I hope you enjoyed your day off — if you were lucky enough to get it. If you did have Monday off, thank the labor unions you’ve chosen not to join.

If you are a union worker, thank you for your efforts to improve the quality of life for everyone.

Your Guide to Understanding Liminal Space 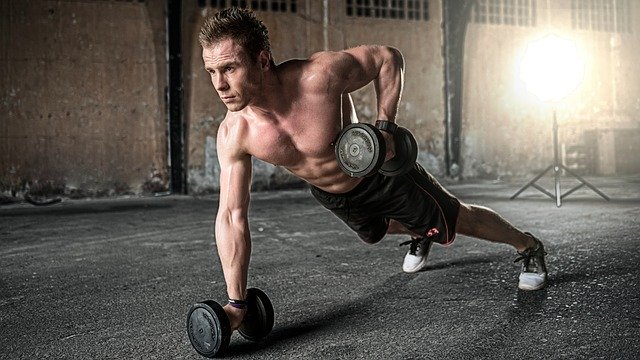 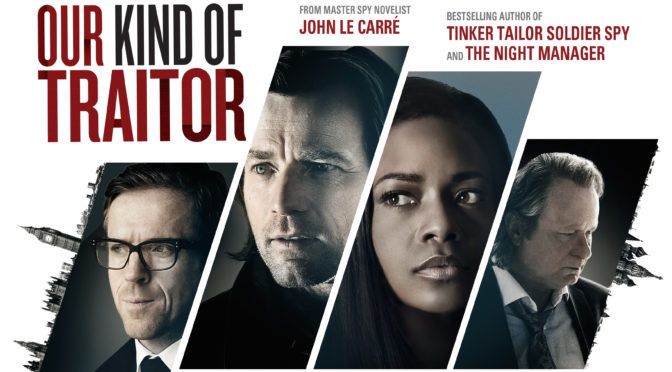 Stream ‘Our Kind of Traitor’ an entertaining spy film